The Heineken brewery at Manchester has found a way to turn pints destined for pub cellars into biogas to help fuel the brewery’s activity. 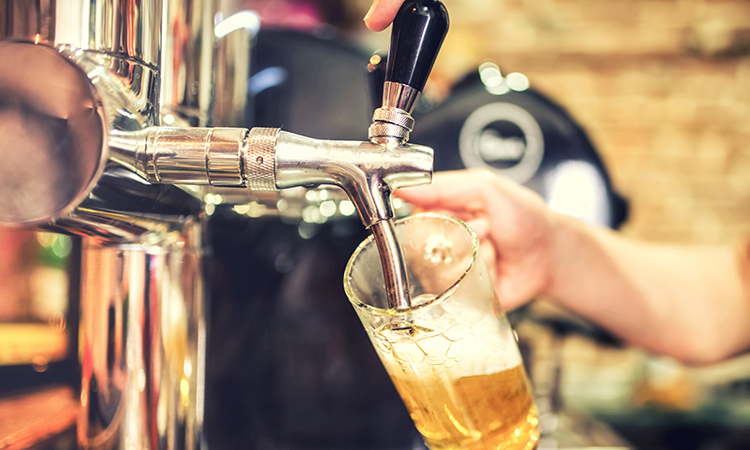 With this scene glaringly absent from UK pubs for much of the year, Heineken is turning beer into energy

Just over a year ago, Prime Minister Boris Johnson announced that pubs were to be shut in the UK due to the Coronavirus pandemic. Twelve months later, they’re still shut. As well as the impact on people’s livelihoods, tens of millions of pints destined for glasses across the country have gone quite literally down the drain. But the Heineken brewery in Manchester says it has found an innovative way to turn this wasted beer into green energy.

With The British Beer and Pub Association (BBPA) predicting around 87 million pints will have been thrown away as a result of pub closures during the Covid-19 lockdowns around the UK – that equates to  £331m worth of beer. As part of its Brewing A Better World sustainability strategy, Heineken looked to alleviate the situation.

The machine that fills beer kegs destined for pubs has been put into reverse and is now being used to empty thousands of kegs instead. This beer is then turned into green energy – and being used to power the brewing kettles and canning pasteurisers.

In addition to emptying kegs, a combined heat and power unit (CHP) converts the biogas into heat and electricity. The biogas is also converted into heat in the site steam boilers utilising state-of-the-art equipment.

The thousands of full kegs, which couldn’t be sent to pubs because of the lockdown, are emptied and the beer is stored in empty brewing vessels before being drip-fed into the site’s waste water treatment plant (WWTP). It’s then put into the anaerobic digester at the WWTP, which converts the alcohol in the beer into biogas. The biogas, which Heineken says is 100 percent sustainable and renewable, is then used to supplement the energy the site needs to brew beer and pasteurise cans.

The WWTP has been operating at full capacity, processing the equivalent of 70,000 litres of beer a day.

“After all the care, attention and passion that went into brewing the beer in the first place, it would have been a great shame to pour it down the drain – no brewer wants to see their beer not be enjoyed,” said Matt Callan, Brewery and Operations Director at Heineken.

“Our team of engineers and brewers at Manchester found a solution – using our kegging line to empty beer barrels and turning the beer that would have gone to waste into green energy to power the brewing of fresh beer, all ready for when the pubs re-open.

“We’re always looking to find new innovative ways to brew a better world, and this solution is a win-win for drinkers and reducing our impact on the planet.”