The director of a food haulage firm has criticised the Mayor of London for the Low Emission Zone, which he claims is costing his business hundreds of pounds every day. 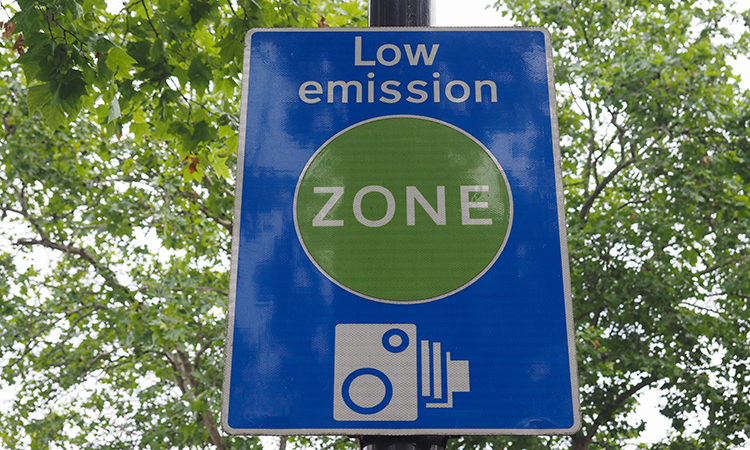 The LEZ covers most of Greater London

Criticism has been levelled at Mayor of London Sadiq Khan as a result of the Low Emission Zone, which affects heavy goods vehicles that do not meet certain pollution requirements.

In an open letter to the Mayor, published in full below, Managing Director of Perishable Movements Ltd (PML) Mike Parr outlined just how damaging the LEZ is to his business, which moves perishable food goods. According to him, many hauliers that PML works with are refusing to come to Heathrow because of the charges they face.

There is particular anger from Parr about the money the business has been forced to invest in modernising its delivery fleet, which he feels has been for very little return.

This is clearly a divisive issue, and politicians such as Sadiq Khan around the world face the difficult balancing act of driving sustainability policies while also ensuring businesses remain viable. It’s an issue that is surely set to rumble on as the UK looks to meet ambitious emissions targets in the coming decades.

The full letter from Mike Parr to Sadiq Khan can be read below.

As the Mayor of London and head of the executive of the Greater London Authority, you’ve taken the decision to extend the Low Emissions Zone (LEZ) emissions standards from 1st March 2021, making it tougher for heavier vehicles to drive within the Greater London area. This includes Heathrow as per your guidance on www.tfl.govuk: ‘All roads within Greater London, those at Heathrow and parts of the M1 and M4 are included.’ The charges are payable 24 hours a day, every day of the year.

As a company which is involved in the transfer of perishable – mainly essential food – cargo both into and out of the UK, this move is crippling our business. We have daily consignments of food departing from Heathrow and coming in from Heathrow which we handle on behalf of our customers to ensure a seamless onward journey. We also receive daily consignments of European produce to our packhouse, which is then packed and loaded, ready for distribution to the UK’s major food retailers.

While our own fleet of trucks is Euro VI compliant, many of the European hauliers that we work with to deliver food are not and are now refusing to come to Heathrow because of the unacceptably high charges.

During the pandemic, we have worked tirelessly to maintain our operations despite the challenging conditions, so that the supply chain to the UK’s supermarkets and key retailers could remain intact. We’ve also been responsible for the safe transfer of essential PPE. Our employees are classed as Essential Workers because of the important role they play in keeping supermarkets stocked with vital food supplies.

Having survived the difficult trading conditions associated with the pandemic, we were then faced with the incredibly stressful fallout of Britain’s departure from the EU. To say there has been a distinct lack of clarity from senior decision makers is an understatement. The handling of Brexit and its impact on our industry has been shambolic. We’ve had to employ teams of people to try and keep up to speed with the constant changes, which were still being modified as late as the first week of January. Despite this, we’ve managed to adapt our operations yet again and have successfully helped our clients understand the new protocols to ensure perishable food supplies successfully reach their intended destination on time.

Two major blows to the industry which could potentially have destroyed an established British business. But we survived.

A business that employs around 100 members of staff. A business that has invested heavily in helping the post-Brexit UK transport infrastructure by creating an approved Border Control Post and ERT (bonded warehouse) facility away from the ports at Spalding to enable the continued speedy movement of produce. A business that is expanding and generating new jobs. A business that supported UK manufacturing to the tune of £500,000 by investing in a new fleet of state-of-the-art trucks. A business that is closely aligned with Britain’s plans to ensure Heathrow can compete with other major European airports.

And how are we repaid?

At a time when you are trying to assert Heathrow as an equal to Paris CDG and Amsterdam in terms of airfreight, the introduction of this tax has effectively made this mission impossible. And with it you have also made our plans to extend our operations in Heathrow untenable. This will lead to people losing their jobs as we will be forced to relocate; the business will have to spend thousand of pounds in re-training new staff and those staff that are able to move to a new location will ironically be adding to the cost of fuel emissions by generating more traffic on the roads as they are forced to make longer journeys to work.

So much for supporting Britain’s essential workforce.