The BMPA claims the UK Government has made it “doubly difficult” to recruit new butchers as a result of Brexit and a lack of funding for education courses. 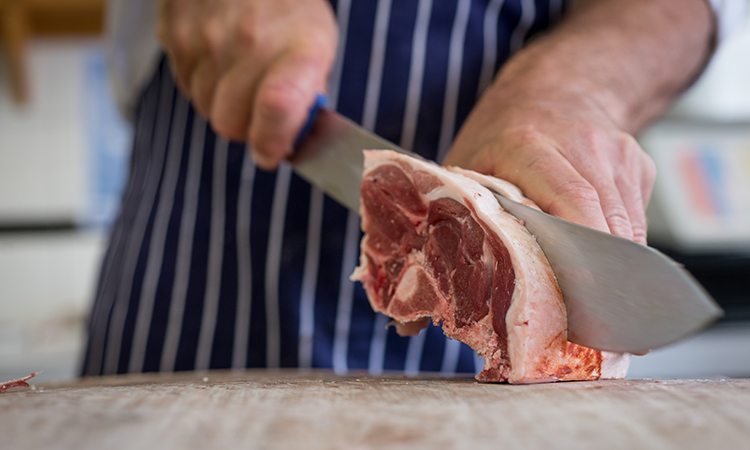 The British Meat Processors Association (BMPA) has raised concerns that it might struggle to recruit workers due to restrictions now in place on foreign workers as a result of the UK leaving the EU.

“Currently, not enough British people come forward to work in meat plants, which means the shortfall in staff has to be filled by overseas workers,” explained Nick Allen, CEO of the BMPA.

“They have traditionally come from the EU and make up between 50-80 percent of the workforce in meat plants.

“From now onwards, as a result of Brexit, we’re facing an exodus of our EU staff, who will leave behind a big gap in the productive capacity of Britain’s meat processing industry. The Government has just made it doubly difficult to plug that gap.”

The BMPA raised the alarm over this issue last year, when it also called on the UK Government to include butchers on the Shortage Occupation List, which makes it easier for migrants to obtain visas to work in the UK.

However, butchers do not currently feature on the list, though the BMPA claims this was “strenuously recommended” by both the Migrant Advisory Committee and the Department for Environment, Food, and Rural Affairs (DEFRA) Select Committee.

In addition, the Department for Education did not include any food and drink courses, but specifically butchery courses, from the list of Level 3 adult courses eligible for the £95 million Lifetime Skills Guarantee. The BMPA says this puts up a barrier to re-training newly unemployed British workers as the home-grown butchers and meat processors of the future.

“By removing funding for this kind of lifetime skills retraining, the Government is making it difficult for the people who need to find new jobs and for the companies that desperately need more staff,” added Nick Allen.

“With both the demand for and supply of British workers clearly there, adding food and drink qualifications to the Lifetime Skills Guarantee would bring the two together and be a win/win for Government. This is what we are calling for.”