Could beef cooked via sous vide be easier to digest than boiled or roasted beef? Researchers certainly think that’s the case. 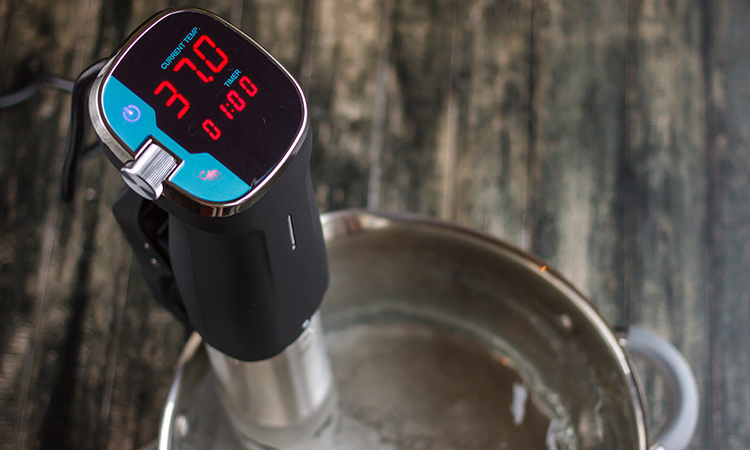 Once used to prepare cuisine in only the finest restaurants, sous vide is becoming ever more accessible and can now be found in homes across the globe.

French for ‘under vacuum’, the technique involves vacuum sealing food in a plastic pouch and then slowly cooking it in warm water.

The heat of cooking causes meat proteins to undergo various changes, such as in their structure, oxidation and aggregation. This can affect how easily the proteins are broken down by digestion into small peptides or amino acids that can be absorbed into the bloodstream.

The relatively low heat of sous vide – typically about 60°C and the low-oxygen conditions can produce a tender, juicy and evenly cooked steak. Wangang Zhang (an author of the report) and colleagues wondered if the culinary technique could also increase beef protein digestibility compared with boiling (cooking in water at 100°C) or roasting (cooking in an oven above 150°C). According to the researchers, beef that is more digestible could be more nutritious and less likely to cause gastrointestinal problems.

The researchers studied the effects of the different cooking methods on changes in beef protein oxidation and structure, which are known to influence digestibility. In cooked meat, they examined two markers of protein oxidation, finding that roasted meat was the most highly oxidised, followed by boiled meat and then the sous vide beef. Sous vide also caused less protein aggregation and fewer changes in the proteins’ structures than the other cooking methods. When the team placed the cooked beef in simulated gastric and intestinal fluids, the meat cooked by sous vide released a greater quantity and variety of peptides than meat cooked by the other methods, indicating increased digestibility.

However, further studies will be needed to determine the effects of peptides from meat cooked with different methods on the gut microbiome and human health, the researchers added.