A drastic reduction in red meat consumption has been put forward as a way to prevent excessive warming, which, according to a study, would be bad news for the UK fruit and vegetable industry. 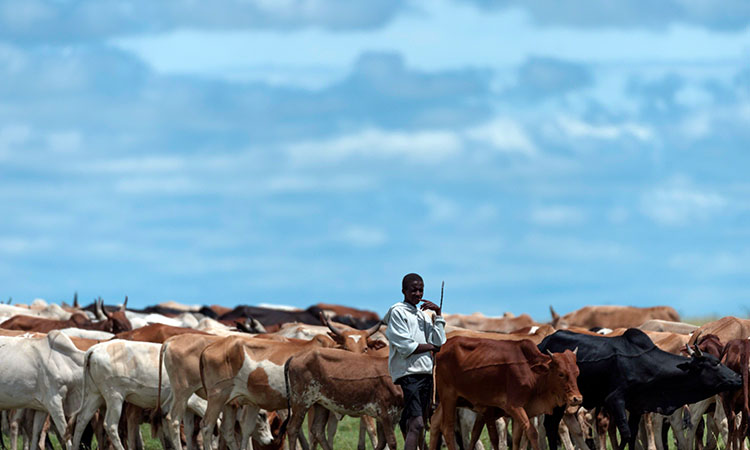 Intensive animal farming across the world is contributing to climate change according to researchers.

Scientists from both the US and UK have published a report warning of the consequences if the food industry does not significantly change its production methods. It states, with some concern, that even if all fossil fuel emissions were removed overnight, the food industry would still be responsible for 1.5°C of warming – dangerously close to the upper limit of 2°C outlined by the Paris Climate Agreement.

David Tilman, professor of Ecology at the University of Santa Barbara and one of the report’s authors, was unflinching in his warning to the world: “All it would take for us to exceed the two degree warming limit is for food emissions to remain on their path and one additional year of current fossil fuel emissions… And I guarantee you, we’re not going to stop fossil fuel emissions in a year.”

According to the researchers, this is a global agricultural issue – as Prof Tilman explains, the problems just differ slightly depending on the affluence of a country. In ‘high-yield’ countries, he clarified, such as the US, the farming methods are advanced and modern, meaning intensive animal farming as well as the overuse of fertiliser continue to contribute to greenhouse emissions.

By contrast, ‘low-yield’ countries’ (such as those in sub-Saharan Africa) population growth and increasing affluence are driving demand for more food, and toward more ‘urban’ diets that are richer in meat and meat products.

“Their demand for food is going up, but the farmers don’t have the resources to have high yields, so they just clear more and more land,” Prof Tilman said.

The consequences of global warming could be particularly stark for the UK, which is over-dependent on so-called ‘climate-vulnerable’ countries for its fruit and vegetables.

A study led by the London School of Hygiene & Tropical Medicine (LSHTM) found that just 22 percent of food and vegetables were supplied domestically in 2013, with imports from countries classified as ‘climate-vulnerable’ increasing to 32 percent.

Dr Pauline Scheelbeek from LSHTM’s Centre on Climate Change & Planetary Health, who led the study, said: “The increased reliance on fruit and vegetable imports from climate-vulnerable countries will, if no adequate climate change adaptation measures are taken in the production countries, lead to fruit and vegetable supply problems in the UK and potentially affect price and consumption of such foods.

“This could be a major challenge in our efforts to promote higher fruit and vegetable consumption in the UK, both for health and environmental reasons.”

There is still hope for a reversal in fortunes though. Prof Tilman outlined the steps that needed to be taken to prevent the catastrophic two degrees of warming. Aside from easing back on fertiliser use, he believes a more plant-based diet is essential.

“We’re not saying these diets have to be vegetarian or vegan,” he clarified. Cutting red meat consumption to once a week and having protein come from other sources such as chicken or fish, while increasing fruits and vegetables, in conjunction with decreasing fossil fuel use, could help keep global warming below the Paris Agreement target.