Bioactive compound test for cocoa products given the green light

Scientists have approved a new Mars Edge test to measure flavanols and procyanidins in cocoa products – compounds which are thought to have beneficial impacts on human health. 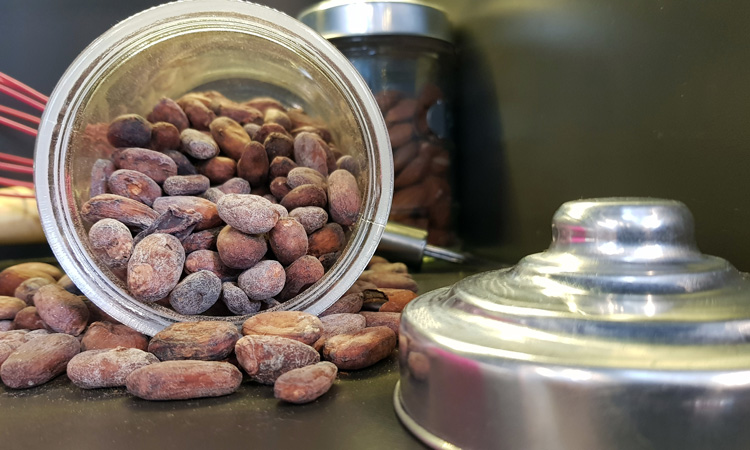 AOAC INTERNATIONAL has announced the approval of a new scientific method for measuring flavanols and procyanidins in cocoa powders, cocoa liquors, chocolates and cocoa extracts.

Flavanols and procyanidins are bioactive compounds found in many foods and drinks including apples, cranberries, and teas, but which are particularly abundant in cocoa beans, the researchers explained. They said there is growing interest in these compounds, as a strong body of scientific evidence now shows they could have beneficial impacts on human health, including potential cardiovascular and cognitive benefits.

“As interest in the health potential of flavanols has grown, so has the need for accurate analysis of their properties,” said Eurofins Director of Scientific Affairs, Dr Hong You, a member of the Expert Review Panel that approved the method. “This method addresses a critical gap in the analysis of these phytonutrients in cocoa-based products, enabling consistency in how these compounds are measured and reported.”

The new method, employing hydrophilic interaction liquid chromatography, was developed and submitted by scientists at Mars Edge, a new segment of Mars, Incorporated, dedicated to human health and wellness through targeted nutrition. It is said to be a major improvement of the existing Official Method of AnalysisSM 2012.24, validated for a wide range of cocoa-based products, including milk chocolates, dark chocolates, cocoa drink mixes and cocoa extract dietary supplements, spanning concentration of 0.5-500 mg/g.

“Our work builds on previous methodology to decrease experimental time more than five-fold and increase intermediate precision more than two-fold,” said Ugo Bussy, Principal Scientist at Mars Edge. “This opens the door for consistent product labelling, ultimately empowering consumers by providing them reliable information to compare products, which is particularly important given the wide variability in flavanol content that exists in the marketplace today.”

The method incorporates the first standardised reference material for cocoa flavanol extract, developed by the US National Institute of Standards and Technology (NIST).

While cocoa flavanols are naturally abundant in cocoa, these compounds are often destroyed in normal chocolate harvesting and processing. The new method employs advanced separation and sample clean-up technology provided by Waters Corporation, which will  reportedly enable more accurate measurement of products that typically contain low and inconsistent amounts of cocoa-flavanols, like milk chocolate.

Mars Edge is currently working, through a public-private partnership, with the US National Institutes of Health and Harvard University Medical School in the Cocoa Supplement and Multivitamin Outcomes Study (COSMOS) – the largest clinical dietary study investigating the impact of nutritional status, lifestyle choices, and the intake of cocoa flavanols and multivitamins on health and the risks of heart disease and cancer. Study outcomes are expected in late 2021.

FDA adds sesame to the list of major food allergens