The study set out to trace global patterns of livestock expansion, biodiversity and infectious diseases in order to determine their possible links. 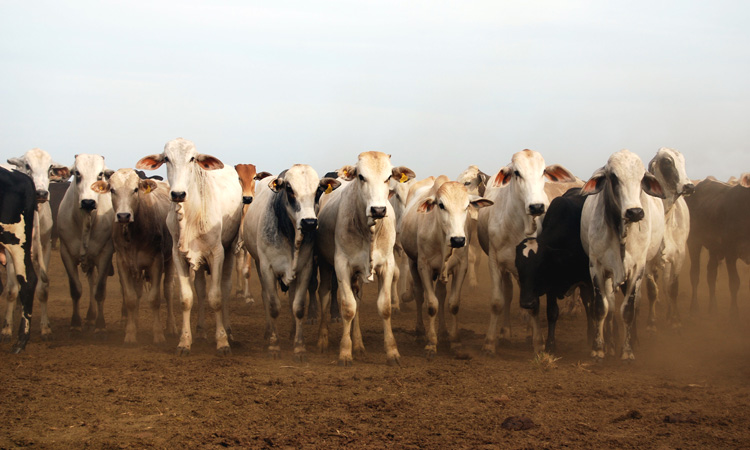 Research has shown a global increase in the emergence of infectious diseases and epidemics, an accelerated loss of biodiversity and a marked increase in the breeding of domesticated animals. This subject was brought back to the fore by the COVID-19 outbreak and a new study in parasite ecology by researchers at the French National Centre for Scientific Research (CNRS) and colleagues set out to provide some initial answers to the ongoing question of whether these events are connected.

To achieve this, the researchers cross referenced various open databases on human and animal health, livestock expansion and biodiversity loss. An initial analysis showed that the number of epidemics identified in humans in each country increased in correlation with local biodiversity loss (16,994 epidemics caused by 254 infectious diseases between 1960-2019). 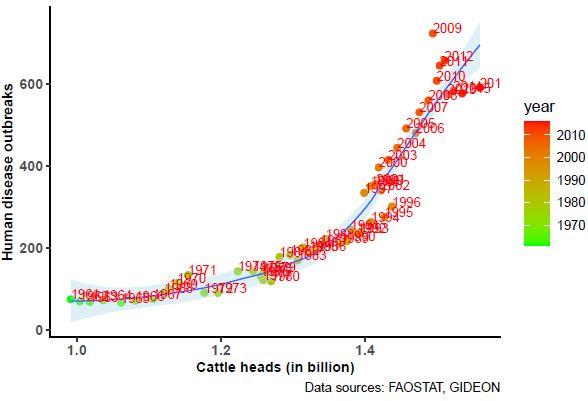 The number of epidemics of infectious diseases affecting humans is positively associated with global livestock increases from the beginning of the 1960s until 2019.
Credit: Serge Morand/Biological Conservation

The researchers noted that the emergence of epidemics is a worrying sign for the future of species conservation as it could well signal biodiversity’s march towards extinction. The relation between the number of endangered species and the number of epidemics first increases, then peaks, before finally declining, they explained. However, they noted that the risk of an epidemic does not decrease with the disappearance of a species, but on the contrary, is further relayed by the growing number of head of cattle.

Data from 2006-2019 reportedly confirmed this second result placing it at the heart of a potential health risk. “Livestock expansion worldwide directly affects wildlife as well as the incidence of epidemics in humans and in domesticated animals,” the researchers said.

The study questioned the place of farmed animals and their increase across the world, which varies according to factors such as human demographics and diet. In order to lower the health risk and protect biodiversity, the researchers said that we need to take into account the cultural value of animals to reflect on the place of both wild and domesticated species.

“Future studies will examine the role played by livestock in pandemics by looking at, on the one hand, the cultivation of vegetable protein needed for feed, which contributes to reduce the space for wild animals, and on the other, on the role of livestock as an epidemiological bridge between wildlife and humans facilitating the transmission of pathogens.”