The research team described how synthetic microbial spores can be safely introduced onto objects and surfaces at a point of origin, such as a field or manufacturing plant, and be detected and identified months later, thus improving traceability. 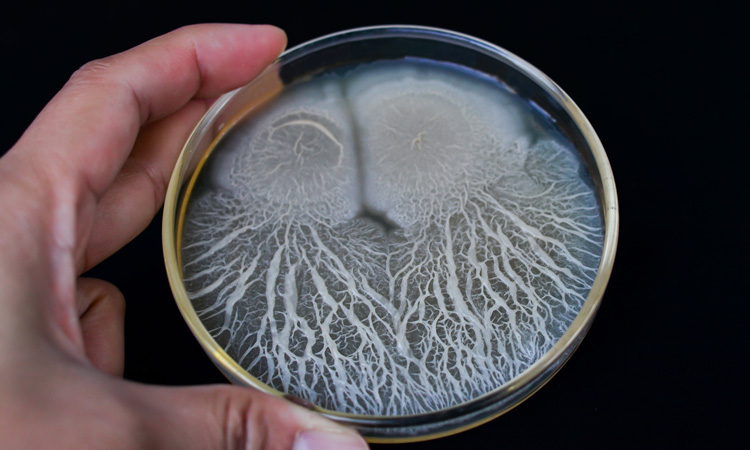 With the increasing complexity of global food supply, Harvard Medical School (HMS) scientists have developed a DNA-barcoded microbial system that can be used to label agricultural objects in an “inexpensive, scalable and reliable manner”.

The spores are derived from baker’s yeast and a common bacterial strain used in a wide variety of applications, such as probiotic dietary supplements, and designed to be incapable of growing in the wild to prevent adverse ecological effects.

“Spores are in many ways an old-school solution and have been safely sprayed onto agricultural goods as soil inoculants or biological pesticides for decades. We just added a small DNA sequence we can amplify and detect,” said study corresponding author Michael Springer, associate professor of systems biology in the Blavatnik Institute at HMS.

“We also worked hard to make sure this system is safe, using commonplace microbial strains and building in multiple levels of control,” Springer added. “We hope it can be used to help solve problems that have enormous public health and economic implications.”

According to the researchers, the use of custom-synthesised DNA sequences as barcodes has been shown in principle to be effective for labelling food and other items. To be widely useful, DNA barcodes must be produced cheaply in large volumes, persist on objects in highly variable environments, and able to be reliably and rapidly decoded–hurdles that have thus far not been overcome because DNA is fragile, they explained.

In their study, Springer and colleagues set out to determine if DNA barcodes packaged within microbial spores, which can be sprayed onto crops and identified months later, could help solve these challenges.

The research team created custom-made DNA sequences that they integrated into the genomes of the spores of two microorganisms – Saccharomyces cerevisiae and Bacillus subtilis.

Inserted into the genome in tandem, the sequences are designed so that billions of unique barcodes can be created.

The team ensured that DNA-barcoded spores could not multiply, grow and spread in the wild by using microbial strains that require specific nutritional supplementation and by deleting genes required for the spores to germinate and grow.

“Spores can survive in the wild for an extremely long time and are a great medium for us to incorporate DNA barcodes into,” said study co-first author Jason Qian, a graduate student in systems biology at HMS. “Identifying the barcodes is straightforward, using a plate reader and an orange plastic filter on a cell phone camera. We don’t envision any challenges for field deployability.”

When sprayed onto grass outside and exposed to natural weather for several months, spores remained detectable, with minimal spread outside the inoculated region. On environments such as sand, soil, carpet and wood, the spores survived for months with no loss over time, and they were identified after disturbances such as vacuuming, sweeping and simulated wind and rain.

This characteristic, the team noted, could allow spores to be used to determine whether an object has passed through an inoculated area. They tested this by dividing the sandpit into grids, each labelled with up to four different barcoded spores. Individuals and a remote-control car then navigated the sandpit.

They found that they could identify the specific grids that the objects passed through with minimal false positives or negatives, suggesting a possible application as a complementary tool for forensics or law enforcement.

“As scientists, our charge is to solve scientific challenges, but at the same time we want to make sure that we acknowledge broader societal implications,” Springer said. “We believe the barcoded spores are best suited for farming and industrial applications and would be ineffective for human surveillance.”

The researchers are now exploring ways to improve the system, including engineering potential kill-switch mechanisms into the spores, finding ways to limit propagation and examining if the spores can be used to provide temporal information about location history.

“Outbreaks of harmful foodborne pathogens such as Listeria, Salmonella and E. coli occur naturally and frequently,” Springer said. “Simple, safe synthetic biology tools and knowledge of basic biology allow us to create things that have a lot of potential in solving real world safety issues.”