MIT chemical engineers have taken a step toward by generating ammonia for fertiliser with small-scale electrochemical reactors. 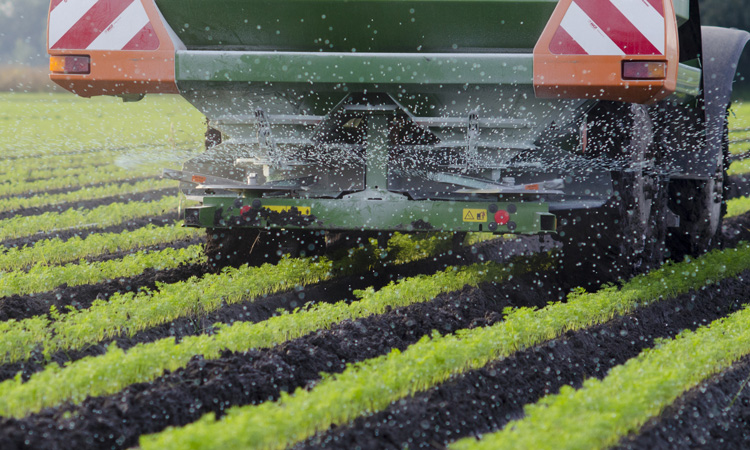 In a bid to reduce the need for fertiliser to be produced in large-scale manufacturing plants which require huge amounts of energy to combine nitrogen and hydrogen into ammonia, chemical engineers from the Massachusetts Institute of Technology (MIT) have announced that they are working to develop a smaller-scale alternative, which they envision could be used to locally produce fertiliser.

The research team has devised a way to combine hydrogen and nitrogen using electric current to generate a lithium catalyst, where the reaction takes place. “In the future, if we envision how we want this to be used someday, we want a device that can breathe in air, take in water, have a solar panel hooked up to it, and be able to produce ammonia. This could be used by a farmer or a small community of farmers,” said Karthish Manthiram, an assistant professor of chemical engineering at MIT and the senior author of the study.

The researchers explained that, for more than 100 years, fertiliser has been manufactured using the Haber-Bosch process, which combines atmospheric nitrogen with hydrogen gas to form ammonia. The hydrogen gas used for this process is usually obtained from methane derived from natural gas or other fossil fuels. Nitrogen is very unreactive, they continued, so high temperatures (500 degrees Celsius) and pressures (200 atmospheres) are required to make it react with hydrogen to form ammonia.

Using this process, manufacturing plants can produce thousands of tonnes of ammonia per day, and they emit large quantities of carbon dioxide, the researchers noted.

The team wanted to develop a method that could reduce those emissions, with the added benefit of decentralised production. “The ideal characteristic of a next-generation method of making ammonia would be that it’s distributed. In other words, you could make that ammonia close to where you need it,” Manthiram said. “And ideally, it would also eliminate the CO2 footprint that otherwise exists.”

The MIT team used electricity to achieve the same effect as Haber-Bosch. Previous research has shown that applying electrical voltage can shift the equilibrium of the reaction so that it favours the formation of ammonia for fertiliser. However, the researchers said it has been difficult to do this in an inexpensive and sustainable way.

The MIT team came up with a way to use hydrogen gas instead of expensive tetrahydrofuran (THF) as the source of hydrogen atoms. They designed a mesh-like electrode that allowed nitrogen gas to diffuse through it and interact with hydrogen, which is dissolved in ethanol, at the electrode surface.

“This stainless steel cloth is a way of very effectively contacting nitrogen gas with our catalyst, while also having the electrical and ionic connections that are needed,” said Nikifar Lazouski, lead author of the paper.

“We have an overall reaction that finally looks favourable, which is a big step forward,” he said. “But we know that there’s still an energy loss problem that needs to be solved. That will be one of the major things that we want to address in future work that we’ll undertake.”

Mass sequencing for rapid identification of ingredients in processed foods