‘Sushi parasites’ have increased 283-fold in past 40 years, study finds

Study combines results of past papers investigating how the global abundance of parasitic worms, known as Anisakis, has changed through time. 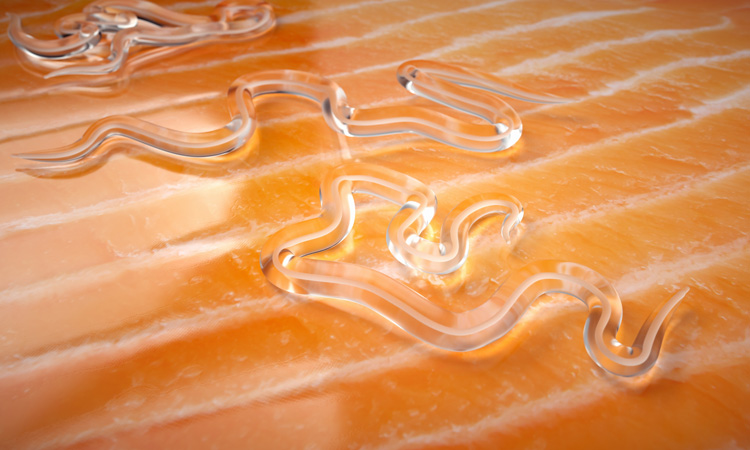 A new study led by the University of Washington (UW) has found ‘dramatic increases’ in the abundance of a worm that can be transmitted to humans who eat raw or undercooked seafood, such as sushi. The study found a 283-fold increase in abundance since the 1970s which could reportedly have implications for the health of humans and marine mammals, which both can inadvertently eat the worm.

“This study harnesses the power of many studies together to show a global picture of change over a nearly four-decade period,” said corresponding author, Chelsea Wood, an Assistant Professor in the UW School of Aquatic and Fishery Sciences. “It’s interesting because it shows how risks to both humans and marine mammals are changing over time. That’s important to know from a public health standpoint, and for understanding what’s going on with marine mammal populations that aren’t thriving.”

Despite their name, herring worms can be found in a variety of marine fish and squid species. When people eat live herring worms in sushi, for example, the parasite can invade the intestinal wall and cause symptoms that mimic those of food poisoning, such as nausea, vomiting and diarrhoea. This disease, called anisakiasis or anisakidosis, is rarely diagnosed because most people assume they merely suffered a bad case of food poisoning, Wood explained.

“At every stage of seafood processing and sushi preparation, people are good at finding worms and removing them from fish,” Wood said, but some worms can make it past these screening steps.

The authors explained that they were not sure what caused the large increase of Anisakis worms over the past several decades, but climate change, more nutrients from fertilisers and runoff, and an increase in marine mammal populations over the same period could all be potential reasons, they said.

Marine mammals have been protected under the Marine Mammal Protection Act since 1972, which has allowed many populations of seals, sea lions, whales and dolphins to grow. Because the worms reproduce inside marine mammals — and their rise occurred over the same time period as the mammals’ increase — this is the most plausible hypothesis, Wood said.

One response to “‘Sushi parasites’ have increased 283-fold in past 40 years, study finds”