Prime editing is a ‘search-and-replace’ genome editing technology in molecular biology by which the genome of living organisms may be modified to include desired traits. 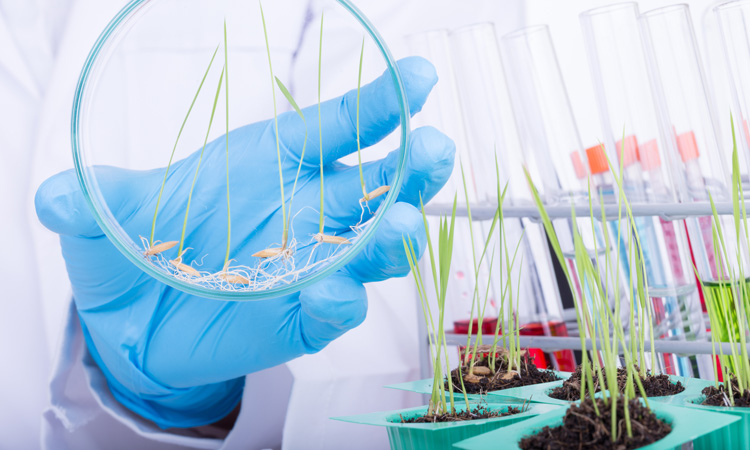 Many genetic and breeding studies have shown that point mutations and indels (insertions and deletions) can alter elite traits in crop plants. Although nuclease-initiated homology-directed repair (HDR) can generate such changes, it is said to be limited by its low efficiency. Base editors are robust tools for creating base transitions, but not transversions, insertions or deletions. Thus, there is a pressing need for new genome engineering approaches in plants, according to researchers.

Recently, a research team led by Professor GAO Caixia of the Institute of Genetics and Developmental Biology of the Chinese Academy of Sciences reported the optimisation of a prime editing system (PPE system) for creating desired point mutations, insertions and deletions in two major cereal crops, namely, rice and wheat. The main components of a PPE system are a Cas9 nickase-RT fusion protein and a pegRNA.

Using the PPE system, these researchers produced all 12 kinds of single base substitutions, as well as multiple point mutations and small DNA insertions and deletions at nine rice and seven wheat sites in protoplasts, with efficiencies up to 19.2 percent. The efficiency of PPE was said to be strongly affected by the length of the primer binding site (PBS) and RT template.

Although byproducts (off-target effects) were generated by the PPE system, they can be reduced by optimising RT template length. Moreover, using a PPE system optimised for plants, they found that the original RT could be replaced by CaMV-RT (from the cauliflower mosaic virus) and retron-derived RT (from E. coli BL21). Prime editing efficiency was also improved at some targets by using their PPE-Ribozyme (PPE-R) and by incubating at 37°C.

Furthermore, GAO and her collaborators were able to create stable mutant rice plants carrying G-to-T point mutations, multinucleotide substitutions, and a number of desired 6-nt deletions, with a mutant production efficiency approaching 22 percent. The researchers stated that it is noteworthy that these three types of mutation are very difficult to produce with current editing tools.

“Although the efficiency of the PPE system is lower than that of base editors, it is still an appealing new tool for creating all 12 types of single-point mutation, mixtures of different substitutions, and insertions and deletions. The system thus has great potential for plant breeding and functional genomics research,” said Caixia.

2 responses to “Scientists optimise prime editing for rice and wheat”