The research, carried out by Princeton University, aims to allow planners to estimate the impact of a city’s food system and evaluate policy actions. 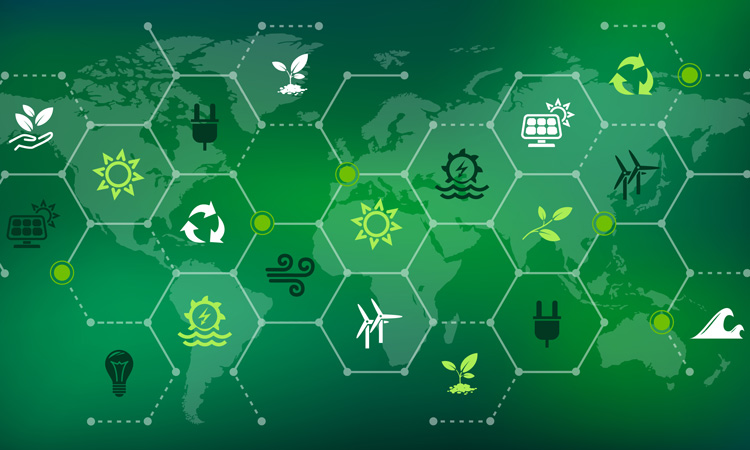 Focusing on urbanisation as a key driver of environmental change, researchers at Princeton University have created a framework to understand and compare cities’ food systems and their effects on climate change, water use and land use.

“Our approach reveals differences between urban food systems both within and across countries,” said co-author Anu Ramaswami, a Professor of civil and environmental engineering. “Despite these differences, we now have a common methodology to identify which policies would result in what levels of environmental mitigation.”

The study analysed the greenhouse gas emissions, water use and land use of food systems for two metropolitan areas in India, Delhi and Pondicherry, and two in the US, New York and Minneapolis.

In general, dietary changes and waste management emerged as the most effective ways to shrink cities’ food footprints, with specific beneficial changes differing among cities, the researchers reported.

They selected the four cities to provide contrasts in population size, infrastructure, diet and other characteristics, with the aim of creating a generalisable approach. In addition to dietary changes and waste management, the study also assessed the potential footprint reductions of policies to promote urban agriculture or change food preparation methods.

In New York and Minneapolis, the study showed that changing residents’ diets by replacing all meat consumption with lentils and legumes could reduce land use by more than half, and could also cut greenhouse gas emissions by 34 percent and water use by as much as 24 percent. Even replacing beef and mutton with poultry and pork could achieve nearly the same footprint reduction, according to the report.

In India, meat consumption is far lower than in the US – an annual average of just four kilograms per person in Delhi and 16 kilograms in Pondicherry, compared with the US average of approximately 59 kilograms. However, in India rice is a significant contributor to greenhouse gas emissions and land use and the study showed that switching from rice to wheat could decrease both Delhi’s and Pondicherry’s food footprint.

Improving food waste management could reportedly have benefits in all four cities, although the most useful ways to reduce waste differed based on the nature of waste accumulation in the respective countries, the researchers found. In the US, eliminating avoidable (edible) household food waste could reduce both water and land use by about 18 percent in Minneapolis and 11 percent in New York, and could reduce greenhouse gas emissions by about 10 percent in both cities. In India, however, pre-consumer food waste is a much larger problem, as infrastructures for harvesting, transportation and food storage are less efficient.

Looking at the environmental footprints of entire food systems also reveals the importance of food processing, which accounts for about 20 percent of food system greenhouse gas emissions in the US cities. In Indian cities, the emissions associated with food processing are relatively negligible, but some policymakers have proposed increasing food processing as a way to decrease food waste. The benefits of decreasing waste could be offset by the rise in emissions from the energy used for food processing.

The researchers also plan to examine the ease of implementation of policy options. For example, in Pondicherry switching diets from rice to wheat could achieve about the same reduction in land use as reducing pre-consumer food waste, but the latter might be more feasible than the former. In US cities, on the other hand, lowering meat consumption might be more realistic than curbing food waste.

“Our research gives us a method to inform the environmental aspects of urban food system actions, but the food system is very multifaceted, said one of the researchers. “There’s cultural aspects, there’s health aspects, equity considerations. So, this is one tool that we can pair with other tools to inform a holistic food action plan.”