A study by Yale researchers has shown that people who drank beverages with low-calorie sweeteners and carbohydrates experienced problematic metabolic and neural responses. 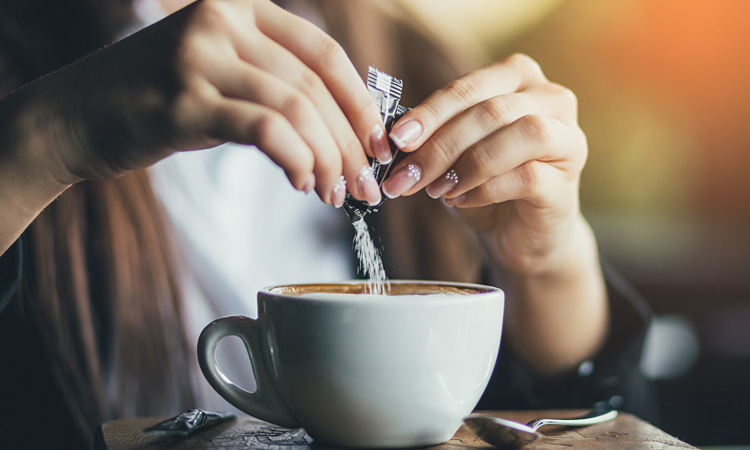 Several studies in recent years have reported that low-calorie sweeteners in foods and beverages disrupt the human metabolism, promoting the development of diabetes and obesity, according to Yale University researchers, but other studies have found that consuming low-calorie drinks and food has little impact on metabolism and might actually aid in weight loss.

A study by the Yale researchers showed that people who periodically drank beverages with the low-calorie sweetener sucralose, which is found in low-cal soft drinks, candy, breakfast bars and other products, did experience problematic metabolic and neural responses – but only when a carbohydrate in the form of a tasteless sugar was added to the drink. In contrast, people drinking beverages with low-calorie sweeteners alone, or beverages with real sugar, showed no changes in brain or metabolic response to sugars.

“The subjects had seven low-calorie drinks, each containing the equivalent of two packages of Splenda, over two weeks,” said senior author, Dana Small, Professor of psychiatry and psychology and Director of the Modern Diet and Physiology Research Center. “When the drink was consumed with just the low-calorie sweetener, no changes were observed; however, when this same amount of low-calorie sweetener was consumed with a carbohydrate added to the drink, sugar metabolism and brain response to sugar became impaired.”

The study was designed to test the theory that consuming sweet foods and beverages without calories “uncouples” sweet taste perception from energy intake, resulting in a diminished physiological response to sugar that could ultimately lead to weight gain, glucose intolerance and diabetes.

The new study of 45 individuals is said to have demonstrated that the uncoupling hypothesis is wrong and instead suggests that consuming low-calorie sweeteners with a carbohydrate impairs metabolism.

“The bottom line,” said Small, “is that, at least in small quantities, individuals can safely drink a diet soda, but they shouldn’t add French fries. This is an important information, particularly for people with diabetes who shouldn’t consume sugars.”