IHS Markit has noted that orange juice production has risen in Florida and Brazil but falling demand in major markets such as the US and Europe has brought the FCOJ (from concentrate orange juice) price down by US $600/tonne in one year. 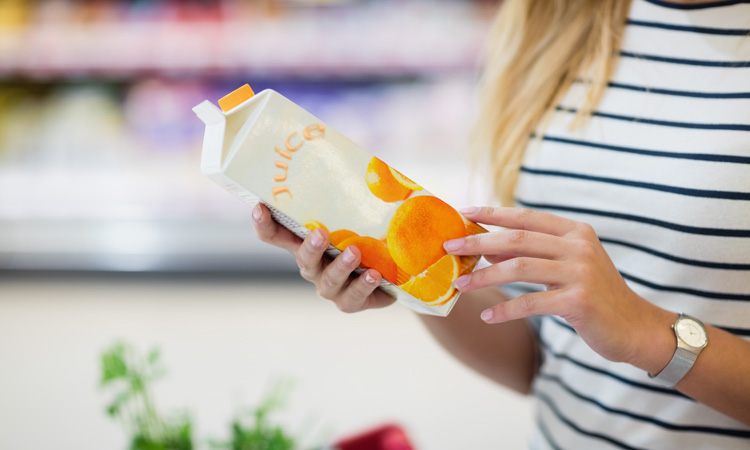 A fall in demand for orange juice alongside a recovery in processing production has led to lower market prices, according to IHS Markit’s Agribusiness Intelligence (IHS Markit).

Brazil is no longer short of orange juice, IHS Markit reported, with a forecast 2019/20 orange crop of 388 million boxes. Brazilian orange juice yields have improved from a low of just over 300 boxes of fruit to one tonne of FCOJ (from concentrate orange juice), meaning in 2018/19 the yield improved to 270 boxes/tonne – however, these are said to be still lower than pre-disease figures seen at the turn of the century.

In contrast, NFC (not from concentrate) prices are rising in the US – in the last report of the season, they were recorded as US $8.55 per gallon, up from US $8.19 per gallon in the preceding month. However, demand still seems to be low in major markets, IHS Markit suggested, with sales of NFC orange juice, particularly in the US, continuing to fall.

IHS Markit has predicted that Brazilian orange juice prices are going to rise in late 2020, due to Europe needing to rebuild its FCOJ stocks and early indications of a potentially poor 2020/21 harvest – thanks to the damage caused by uncharacteristically hot weather.

Thanks to its partnership with a major global merchant firm to produce NFC orange and other fruit juices in China, which will be sold through a Chinese chain of coffee shops, IHS Markit has also predicted that China may enter the market in Brazil.

“The weather conditions in Brazil may also mean that total production will be down to 240 million boxes, although it is a little too early to tell precisely. Brazil’s Citrus Defence Fund says that, despite an increase in the number of trees, the area planted with orange decreased by 1.42 percent across the Sao Paulo and Triangulo/south-west of Minas Gerais state, citrus belt to 395,764 hectares,” said Neil Murray, Head of Processed Commodities, IHS Markit’s Agribusiness Intelligence.

“The five regions that are part of the agricultural belt, the North (Bebedouro, Altinópolis and Triângulo Mineiro regions) and south-west (Avaré and Itapetininga regions) were the only regions with positive variation in the orange area, 1,384 and 275 hectares, respectively. The less significant loss of orchards in these regions is probably due to low greening rates. According to a survey by Fundecitrus in 2018, the average incidence of greening in the citrus belt is 18.15 percent, but the north has 5.21 percent of contaminated trees and the south-west, 8.20 percent.

“The question is what effect this will have on the FCOJ price. With 388 million boxes for Brazil’s 2019/20 harvest, there is plenty of orange juice around right now, but demand remains stagnant or is even shrinking in major markets. European imports are 25 percent up on last season’s with nearly 285,000 tonnes of FCOJ shipped from Brazil between July and October 2019, but that is largely because it is far cheaper to store orange juice in Europe than in South America. It will be interesting to watch how this plays out in 2020.

“In theory, this should mean cheaper orange juice on supermarket shelves this year, but that depends on whether the supermarket chains pass on the savings to the consumer. With the 2020/21 harvest looking poor, the orange juice supply will be markedly tighter later this year.”