Research has found that preparing land for palm oil plantations and the growth of young plants can cause more damage to the environment, emitting double the amount of greenhouse gases than mature plantations. 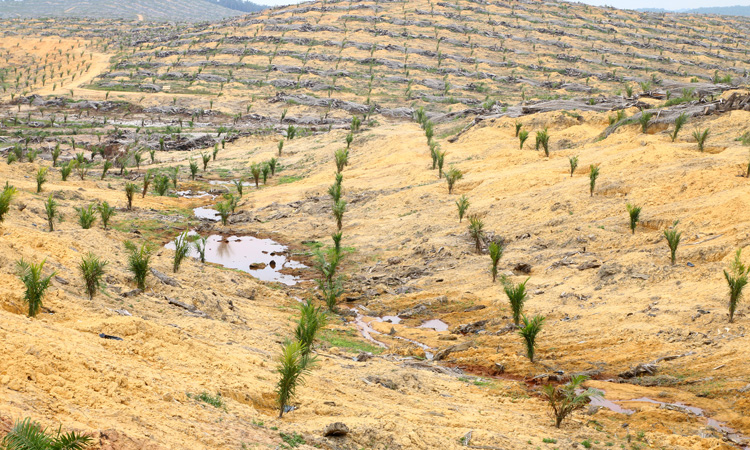 New research, carried out by scientists at the University of Nottingham (UoN), is said to be the first study to examine the three main greenhouse gas emissions across the different age stages of palm oil plantations. It was carried out in the North Selangor peat swamp forest in Malaysia with support from the Salangor State Forestry Department.

Palm oil is reported to be the most consumed and widely traded vegetable oil in the world. Global demand has more than tripled in the last 18 years, from around 20 million tonnes in 2000 to over 70 million in 2018, according to the researchers. The UoN team analysed five sites at four different stages of land use: secondary forest, recently drained but uncleared forest, cleared and recently planted young oil palm plantation and mature oil palm plantation.

The laboratory analysis of soil and gas from these sites showed that the greatest fluxes of CO2 occurred during the drainage and young oil palm stages with 50 percent more greenhouse gas emissions than the mature oil palms. These emissions also reportedly account for almost a quarter of the total greenhouse emissions for the region.

The researchers explained that tropical peat swamp forests hold around 20 percent of global peatland carbon. However, the contribution of peat swamp forests to carbon storage is currently said to be under threat from large-scale expansion of drainage-based agriculture including oil palm and pulp wood production on peatlands.

Draining peatlands increases the oxygen levels in the soil, which in turn increases the rate of decomposition of organic material, resulting in high CO2 emissions from drained peatlands. In addition to CO2, peatlands also emit the powerful greenhouse gases CH4 and N2O8.

“Tropical peat swamps have historically been avoided by palm oil growers due to the amount of preparation and drainage the land needs, but as land becomes scarcer there has been an increased demand to convert sites, and the periphery of North Selangor is being heavily encroached upon by palm oil plantations. Our research shows that this conversion comes at a heavy cost to the environment with greater carbon and greenhouse gas emissions being caused by the early stages of the growth of palm oil,” said Dr Sofie Sjogersten from the University of Nottingham’s School of Biosciences, and lead researcher.