The Rainforest Action Network’s assessment reportedly found that the actions taken by the major snack food brands are not enough compared to what is actually needed to address the impacts of their ever-growing consumption of Conflict Palm Oil. 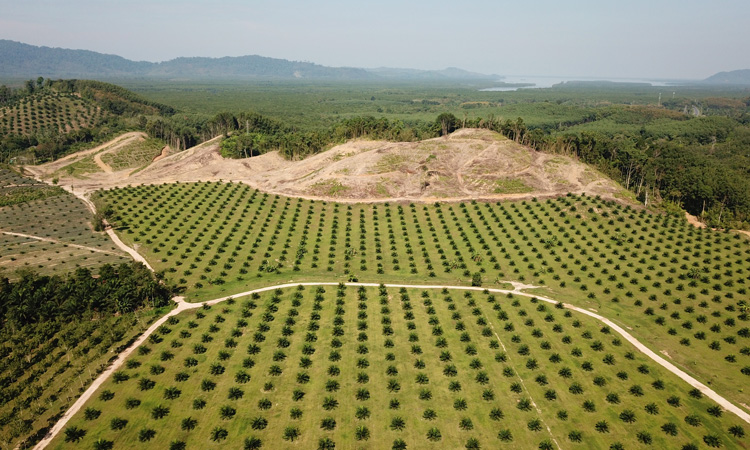 The Rainforest Action Network (RAN) has released an assessment analysing the successes and failures of the food companies said to be most responsible for the problems caused by Conflict Palm Oil.

RAN issued surveys to eight of the largest global consumers of palm oil on key aspects of the implementation of their policies in their palm oil supply chains, which stretch across Indonesia to the Amazon and the Congo, with special scrutiny on the level of commitment, and interventions taken, to protect the lowland rainforests and peatlands of the Leuser Ecosystem – part of southeast Asia’s rainforest region – from palm oil expansion.

“Our assessment has found that the paper promises of Unilever, Nestlé, PepsiCo, Mondelēz, General Mills, Kellogg’s, Mars and The Hershey Company have not stopped deforestation, threats to endangered species, or delivered respect for human rights or remedy for exploitation of Indigenous Peoples, local communities and workers,” said Robin Averbeck, RAN.

The traceability, monitoring, verification and grievance systems that all eight snack food giants have established and rely upon, are not yet effective in preventing products from being contaminated with Conflict Palm Oil, the assessment claimed.

Most of the ‘Snack Food 20’ companies named by RAN have adopted palm oil policies that prohibit deforestation, peatland development and exploitation. Unilever, the world’s largest single buyer1 of palm oil, is said to have made progress through its investments in establishing collaborative deforestation monitoring systems and innovative ways to track the source of the palm oil it uses. However, RAN has argued that the company has still fallen short on the delivery of forest protection, remedy for labour and land rights abuse, and lacks adequate systems for identifying, cutting or reforming suppliers responsible for the use of violence and intimidation or criminalisation of Human Rights Defenders.

The assessment noted that Unilever2, PepsiCo3, Nestlé4, and The Hershey Company5 have recently each delivered much-needed commitments to protect the Leuser Ecosystem from further destruction fuelled by their sourcing of Conflict Palm Oil from the region.

Kellogg’s, General Mills and Mondelēz were recorded to be performing the worst, with only minimal actions being reported to consumers concerned about the use of Conflict Palm Oil to manufacture cereals, chocolates and candies. All companies are said to have increased transparency and begun reporting on the palm oil mills they source from, but, to date, not one company can communicate to consumers the plantations, or farms, where all the palm oil they sourced was grown, according to RAN.

“The threats to tropical rainforests have never been greater. Despite corporate commitments against deforestation, forests around the world continue to fall,” Averbeck said. “The science is clear that we only have a few years to avert the worst effects of climate change, which threatens the future liveability of our very planet, for our species and countless others. There are no credible reasons why these snack food giants should be sourcing Conflict Palm Oil.”