US wine consumption declines for the first time in 25 years

Despite decreases, total beverage alcohol in the country posted volume growth of 0.3 percent in 2019 (reversing a previous decline), with a value reaching $167 billion (up 2.5 percent from 2018). 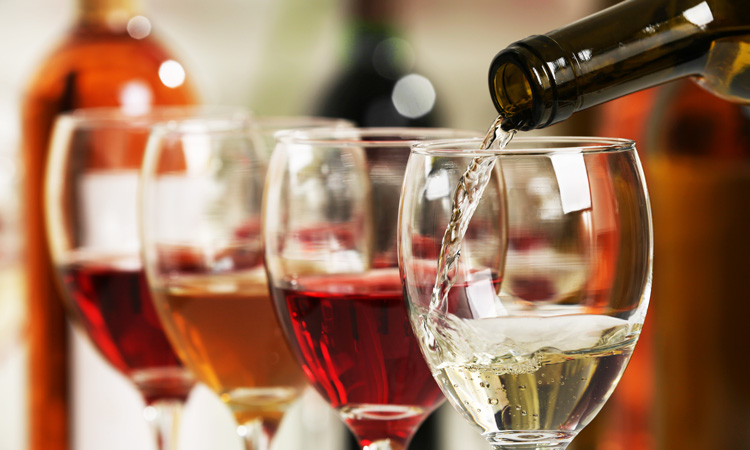 Total wine in the US, which represents 11 percent of the total beverage alcohol market, decreased in 2019 (for the first time in 25 years), posting a -0.9 percent volume loss from the year prior, according to preliminary figures released by IWSR Drinks Market Analysis, the data and intelligence on the global beverage alcohol market firm. The last volume loss in the category occurred in 1994, marking 24 years of growth before this most recent decline, and is attributed to changing generational habits.

IWSR also revealed that, for the fourth year in a row, beer volume in the US was down (-2.3 percent), as was cider (-3.8 percent), but distilled spirits and ready-to-drink (RTD) products continued to post gains (+2.3 percent and +49.7 percent, respectively).

“The beverage alcohol industry in the US continued to innovate in 2019, especially in the ready-to-drink category, as the fight for consumption occasions intensified across all categories, something we fully expect to see in 2020 as well,” said Brandy Rand, Chief Operating Officer for the Americas at IWSR. “It is also interesting to note that the value increase of beverage alcohol in the US continues to outpace volume growth, a clear indicator that US consumers are willing to pay for more premium products.”

For the first time in over a decade, Smirnoff vodka is no longer the top-selling distilled spirit in America. That distinction is now owned by Tito’s Handmade Vodka, which increased in volume by over 20 percent in 2019, according to IWSR (vodka remains the largest spirit category by volume in the US). In total, spirits volume in the country grew by 2.3 percent in 2019, said to be led by increases in mezcal (40 percent), Japanese whisky (23.1 percent), Irish whisky (8.6 percent), tequila (9.3 percent), US whiskey (5.5 percent), and cognac (4 percent).

Due to alleged continued heightened competition from other categories, beer showed a decline in the US in 2019 (-2.3 percent). However, craft beer consumption increased last year by 4.1 percent, and low/no alcohol beer posted a gain of 6.6 percent. Imported beer increased 3.1 percent, while domestic beer dropped -3.6 percent.

“The beer industry producers are diversifying by entering new categories – such as hard kombucha, hard seltzer, canned cocktails, and even spirits – to meet growing consumer demand for both convenience and better-for-you beverages,” Rand said.

The 2019 IWSR US BAR database also includes research on the growing e-commerce market for beverage alcohol in America. That channel is expected to have reached $3 billion in 2019, led particularly by wine sales. A recent IWSR report, A Blueprint for Success in the E-commerce Space for Alcoholic Beverages, has forecast that, by 2024, beverage alcohol e-commerce in the US will reach 101.2 million nine-litre cases, with an estimated value of $13.4 billion.

“Online shopping in the US is a $755 billion industry, and though alcohol represents a relatively small portion of that today, it is expected to explode in the coming years,” said Adam Rogers, North America Research Director at IWSR. “Clearly, beverage alcohol brands and retailers should have strong e-commerce strategies in place to profit from this important shift in consumer purchase preference.”