Research finds that global diets are converging, with benefits and problems

The University of Kent researchers carried out the study analysing food supply data for 171 countries from the 1960’s to 2010’s. 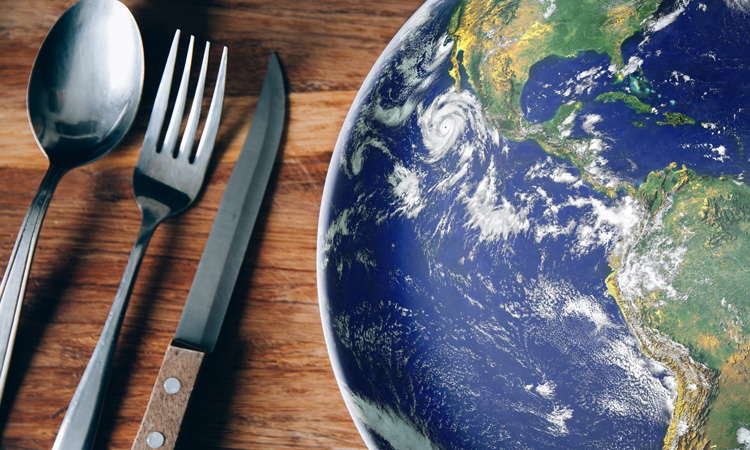 Research carried out by the University of Kent has shown that diets are changing in complex ways worldwide. International food supply patterns are supporting healthier diets in parts of the world, but causing underweight and obesity elsewhere, according to the research. They are also said to be having important effects on environmental sustainability, with potentially worrying consequences.

The team discovered that South Korea, China and Taiwan have experienced the largest changes in food supply over the past five decades, with animal source foods such as meat and eggs, sugar, vegetables, seafood and oil crops all becoming a much larger proportion of diet.

In contrast, in many Western countries the supply of animal source foods and sugar was found to have declined, particularly in high-income English-speaking countries such as the UK, US, Canada and Australia. The researchers also found that many countries around the world have seen an increase in vegetable-based diets. The sub-Saharan Africa region showed the least change, with a lack of diverse food supply, and this could be an explanation for the region’s malnutrition.

The declines in diets based on animal source foods and sugar and corresponding increases in vegetable availability is said to indicate a possible trend towards more balanced and healthier foods in some parts of the world. However, in South Korea, China and Taiwan in particular, the increase in animal source and sugar availability has occurred at the same time as a dramatic rise in obesity, and also suggests that changes in diet may be having a substantial negative effect on the environment.

Dr James Bentham, Lecturer in Statistics at Kent’s School of Mathematics, Statistics and Actuarial Science, who led the research, said: “There are clear shifts in global food supply, and these trends may be responsible for strong improvements in nutrition in some parts of the world. However, obesity remains a long-term concern, and we hope that our research will open doors to analysis of the health impacts of global diet patterns. Equally, we must also consider carefully the environmental impacts of these trends.”

“Advances in science and technology, together with growing incomes, have allowed many nations to have access to a diversity of foods. We must harness these advances and set in place policies that provide healthier foods for people everywhere, especially those who can currently least afford them,” added Professor Majid Ezzati from the School of Public Health at Imperial College, and part of the research team.