Previous studies are said to have shown that packaging, labelling and the texture of a cup or plate can alter people’s perception of food, but a new study has looked at how a food product itself can be perceived differently depending on its appearance. 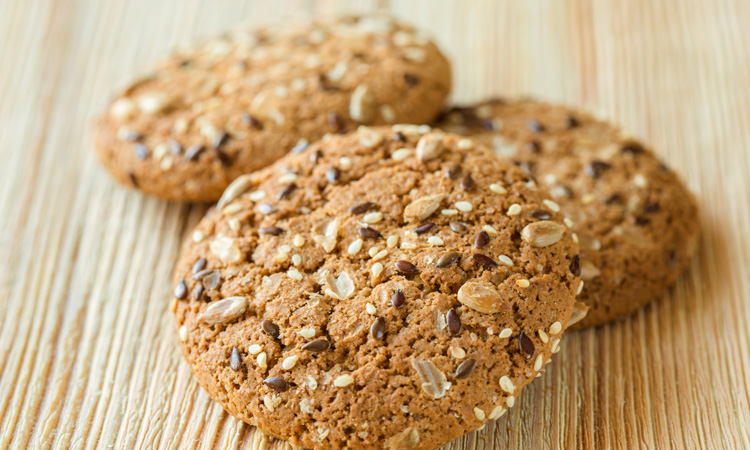 New research has reportedly demonstrated how food producers could change the surface texture of products to change people’s perceptions and promote healthy eating.

The research involved 88 people rating the six oat biscuits on healthiness, tastiness, crunchiness, chewiness, pleasantness and likelihood of purchase based only on their visual appearance, not on their taste or touch.

Oat biscuits were chosen as they can allegedly represent both a ‘healthy’ and ‘unhealthy’ snack. The research found that the surface texture of the oat biscuit clearly communicated to people how healthy it was likely to be, and the participants viewed the biscuits that had an explicit, pronounced texture, as healthier.

Therefore, having a ‘healthy looking’ texture is considered to be a negative attribute in that it reduces perceived tastiness – perhaps a key criterion for purchasing biscuits – and the researchers have suggested that this has implications for producers of many different food types.

“The findings are really exciting as they give food manufacturers a means to design foods that can help consumers make healthier choices,” said Dr Jansson-Boyd.

“A sweet item, such as a biscuit, benefits from having an appearance as being less healthy as that increases the perception of tastiness and increases the likelihood of purchase. To guide healthier purchasing decisions, food producers can therefore look to use non-healthy looking, smoother textures to overcome this perception that healthy is not tasty.

“At a time when the World Health Organization (WHO) has declared that there is an obesity epidemic, it is essential to think of ways to encourage improved eating patterns. Our research provides a good starting point in how to promote healthier food products.”