From fresh fruit and veg to frozen: one producer’s story

As people’s perception of food and the role it plays in their lives evolves, the frozen category plays an increasingly large part in the UK’s food agenda. Sam Dennigan explains how his company moved into the sector and why he believes innovation is now key to its success. 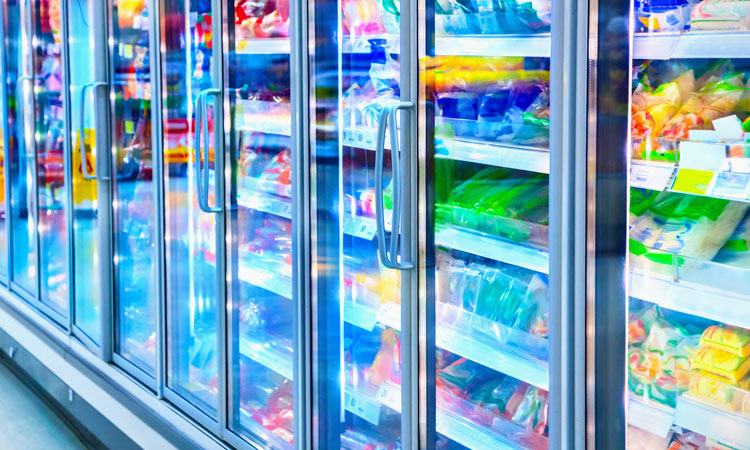 As a child growing up in Ireland in the 1980s, I remember being obsessed with frozen food brands. Dishes were served on a plate at the table, with other fresh or frozen ingredients that formed part of the repertoire our family ate on a weekly basis. Birds Eye fish fingers, potato waffles and peas or McCain home fries were often up for grabs – in our case most likely paired with a second or third potato choice of boiled or steamed spuds. The frozen food was convenient, made from natural ingredients for the most part, and parents could prepare it in under 30 minutes, appeasing hunger in a fast but nourishing way. It freed up more time for all the other tasks that today there is an app for – and meant more play-time for us.

From the 1990s onwards, interest in food continued to grow and today we’ve reached a point where what we eat is deemed as much an indicator of our style preferences as it is our budgets and cooking skills. Our company’s experience in the fresh-produce industry ideally positioned us to spot trends as they emerged. Typically, in the last 20 years, TV chefs have brought fine dining into the home by introducing previously unknown ingredients to the UK’s tables and, in turn, creating a huge demand for unique and exotic items. Baby potatoes, avocados, sweet potatos, lemongrass, fresh herbs in pots, chillies: these were all once impossible to find outside of a specialist market, and not that long ago.

Frozen innovation started to follow the change in food during this time, taking convenience to a whole new level. Battered anything, sliced, diced and pre-prepared, was the order of the day, along with medleys and mixes – frozen food to brighten up the plate or take the hassle out of preparation. All this was possible thanks to individually quick-frozen (IQF) technology, which allowed the mass production and distribution of non-perishable food the world over.

As a result of big brands and larger manufacturers focusing their energies on convenience rather than innovation, the category became relatively stagnant. It was led by promotion and pricing strategies rather than an excitement for ingredients and recipe development. The final nail in the coffin for the frozen category was the horse-meat scandal of 2013. However bad it was for the industry – and I sympathise with the many who lost employment indirectly as a result – it arguably served as a necessary shake-up for the category, putting public perception of the frozen aisle so far down the scoreboard that the only way was up.

The period coincided with a shift in consumer buying behaviour and a much deeper understanding of ingredients and provenance in food. These days, consumers care and want to know about the origins of their food. Frozen had always been shrouded in the secrecy of mass manufacturing, but for many categories within frozen there was absolutely no need for this.

We at Strong Roots saw the category’s struggle as the biggest opportunity in food in years. When we were running a Europe-wide fresh-produce development project between 2011 and 2015, we realised there was no competitive set within the fresh sector against which we could benchmark buying behaviour. Consequently, we had to use frozen vegetable brands to gain insights regarding the type of products consumers were drawn to and this illustrated a completely different outcome from what we’d expected. Consumers didn’t want the innovations we were suggesting in our fresh-produce project; instead, they wanted that same convenience that they had become accustomed to in frozen but with the variety that was being offered in the fresh aisle. Plant foods such as sweet potato, squash, kale, edamame, beetroot and courgette were ingredients that people aspired to include in recipes, but felt they either didn’t have the time to prepare or simply didn’t know how to use. 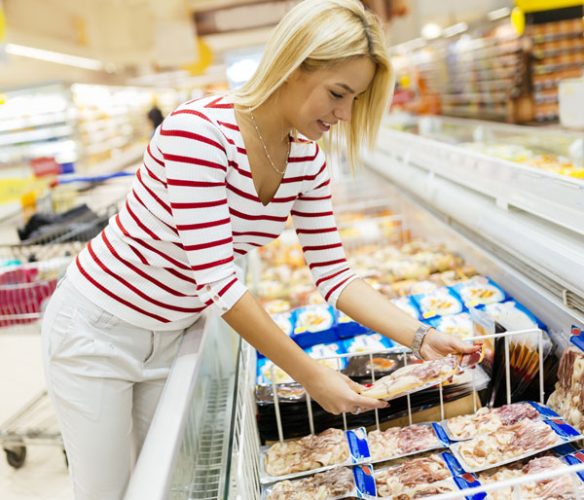 Today’s new frozen-food consumers are buying because the sector has upped its game.

Sweet potato was a natural starting point for us. We formed a partnership with a grower, packer and manufacturer organisation in North Carolina, USA – North Carolina being the source of the majority of fresh sweet potato on the shelves of UK supermarkets for most of the year. We started retailing our ‘Oven-Baked Sweet Potato Fries’ in Irish supermarket chain Supervalu – part of the Musgrave group­ – ­in late 2015, and EPOS data revealed that they quickly became a regular feature of shoppers’ baskets across the country and a leading frozen brand across all retailers. This made us recognise our opportunity to develop further within the frozen-food category.

Though an obvious route would have been to continue to develop various different vegetable fries, we decided to turn in the opposite direction, where there was less competition, by creating a frozen veggie burger. While there were already plenty of these on the market, as far as we were concerned none of them tasted or looked as good as they should have. We wanted our Kale and Quinoa burger, on the other hand, to be different – it contains whole vegetable pieces and is covered in a quinoa batter as opposed to the traditional glutinous breading. The consumer loved the product (according to Kantar data is was the second-best performing product in its sector after oven-baked sweet potato fries and it went on to win The Grocer magazine New Product Award) and clearly approved of our small range, proving in a short space of time both the appetite – and massive gap – in the frozen aisle for this sort of product.

In 2017, we started to offer halved avocados, one of the very first frozen food companies to do so. We source the fruit from Peru and are able to utilise product that wouldn’t make the grade within the fresh category – thus it’s perfect for mashing into guacamole or smoothies. Ascorbic acid, otherwise known as vitamin C, stops the avocados from discolouring, meaning it’s an ideal, always ripe, backup to the fresh product.

We started this journey as product and brand developers, and now the consumer is asking us for more. We happened to be plant-based and vegan, but in all honesty this was a matter of circumstance rather than something we set out to do on-trend. I had hands-on experience of vegetables and fruit – and that remains the core of my knowledge – but now, the consumer is asking for more than that. The central pillars of our business are to stay plant-based and vegan, affordable, great tasting, convenient and healthy – and, most importantly, produced in an environmentally responsible way. Packaging, sourcing and production methods are now more important to the consumer than ever, so as soon as we encounter an aspect of our production methods that doesn’t meet their demands, we change it.

One of the key opportunities for frozen food in the next decade comes courtesy of the new focus on waste reduction. Frozen, by its very nature, is non-perishable, and all our products have a minimum shelf life of two years from production. This means we can improve areas such as portion control and storage without the need to factor in perishability, as is necessary with chilled and fresh products. A move towards frozen fruit and vegetables in general would reduce a household’s overall carbon footprint, packaging waste, plastic and general food consumption drastically, and this is a message we intend to communicate very strongly in the coming months and years as our customer base grows.

What’s fuelling the development of the global frozen food industry?…

Today’s new frozen-food consumers are buying because the sector has upped its game. While it’s as convenient as ever, it now not only facilitates fast, casual dining but uses premium ingredients to offer innovative dishes, too. Smaller companies are starting to play here because they can offer products with the sort of variety and substance that consumers want. In turn, retailers are supporting them because it seems to be creating growth within the category via a new kind of shopper, rather than cannibalising one from a different part of the store or even from within the same category. It’s a win-win for everyone.

Sam Dennigan is founder and CEO of Strong Roots.