Aroma analysis is a valuable addition to the quality assurance of products. The different questions that can be answered by aroma analysis are as varied as the range of aroma compounds themselves… 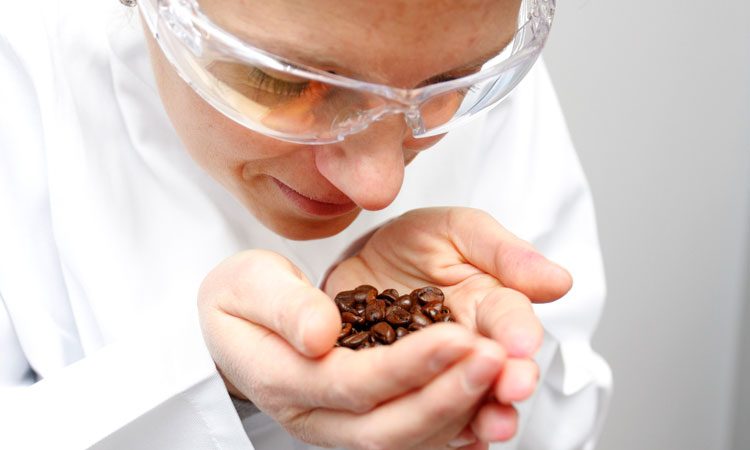 The technical term ‘aroma’ solely describes volatile compounds which can be perceived olfactorily, by the human sense of smell. Commonly known aroma impressions such as ‘smoke’, ‘vanilla’ and ‘coffee’ generally consist of a multitude of individual aroma compounds. Aroma perception is a part of the organoleptic perception, which is formed by the aroma, taste and trigeminal impressions.

In contrast to the aroma, the taste of a product is perceived gustatory via the human taste organ and the trigeminal impressions via the fifth cranial nerve (trigeminal nerve) (Fig. 1). This interaction gives the overall organoleptic impression, known as ‘flavour’. 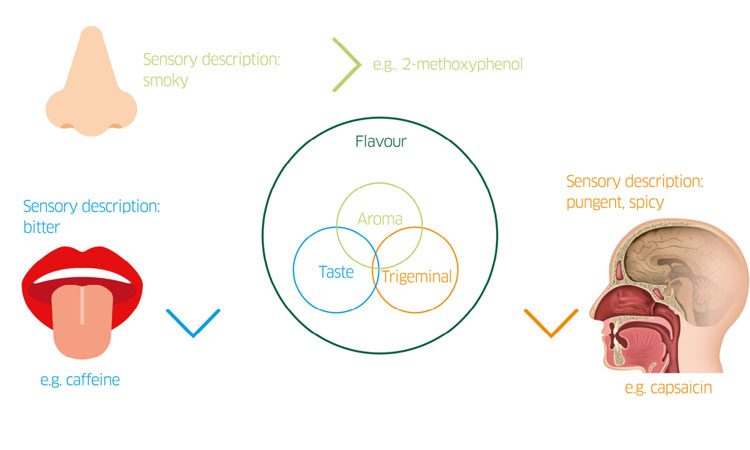 How is aroma perceived and detected? 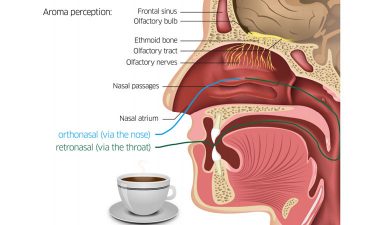 The sensitivity of the instrumental detectors of the analytical equipment often fails to keep up with the human nose. The determination of the individual components of an aroma is therefore carried out using the combined measurement principle of gas chromatographic separation and the subsequent detection via the human nose at the sniffing-port (Fig. 3), a technique known as gas chromatography olfactometry (GCO). The results determined in total give a product’s spectrum of aroma compounds.

Why analyse the spectra of aroma?

The following practical examples provide an overview of the most common questions.

In general, the consumer will have a negative perception of the aroma if:

What are the benefits of aroma analysis?

The analytical data form the basis for further clarifications and the deducing of internal measures. Targeted conclusions can only be drawn about the cause of the off-flavours once the characteristics of the aroma fingerprint are known. The most frequent causes are of a microbiological or chemical nature (Tab. 1).

The downstream possibility to synthesise the off-flavour is particularly helpful in daily work. The standardised off-flavour can be used for training purposes and for the early detection of deviations in odour. Off-flavours often occur in isolated cases and the recognition and evaluation of the situation is usually difficult in everyday work life. With the aid of off-flavour standards, processes within the framework of deviation management can be standardised.

As a result, trained personnel are able to directly recognise off-flavours upon the receipt of the goods, during the production process or the quality assurance routine and can act in accordance with predefined measures. The assignment of odour-related deviations during the process facilitates rapid intervention and avoids and/or reduces production errors and costly product recalls. 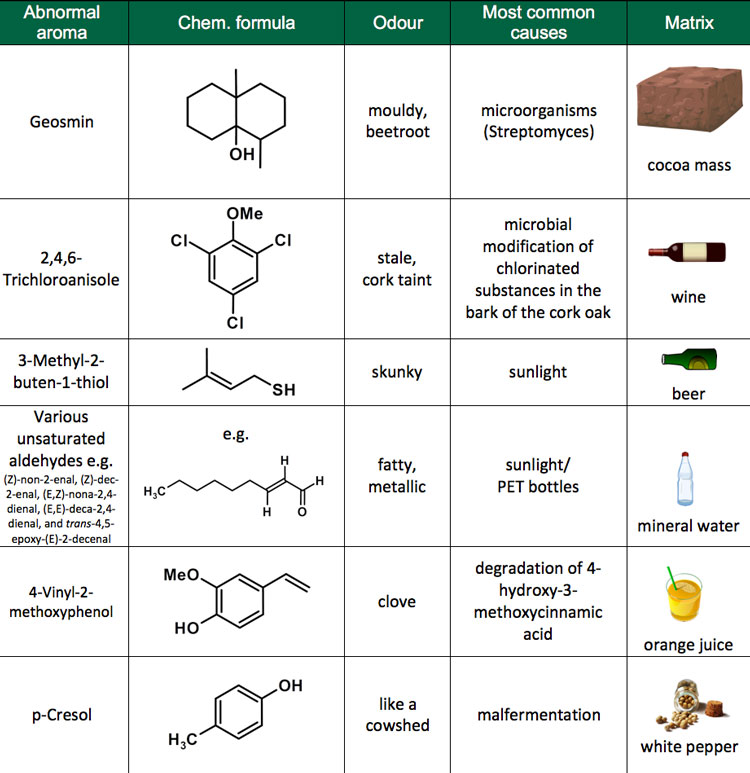 Tab. 1: Overview of the most common off-flavours by matrix (Sources: aromaLAB; Pixabay).

Dr Christlbauer studied food chemistry at the Technical University of Munich, after her education as chemistry technician, and received her PhD at the Chair for Food Chemistry. The recent research activities of aromaLAB include the characterisation of aroma-active aompounds in commercially available coconut water (2019), key aroma compounds in Lippia dulcis (Dushi Button) (2018), characterisation of aroma-active compounds in Vanilla Beans (2013). Before joining aromaLAB, Dr Christlbauer worked as Senior Flavour Chemist and Project Manager for an international leading FMCG company in R&D and Operations in Switzerland.

Dominique Weiss is the Managing Director of Tentamus Helvetia and in charge of the Swiss country management of the Tentamus Group, Labs for Life. She studied Food Engineering at the University of Applied Sciences in Trier, Germany and Business Administration at the School of Business FHNW in Olten, Switzerland. Before joining the Tentamus Group, Dominique worked for several internationally operating service laboratories in Switzerland, in charge of marketing, sales, business development and key account management for several industries.

Recall roundup: Salmonella alerts in the UK and US