Wake up and smell the coffee

Dr Kate Kemsley reports on her team’s discovery, which makes use of ‘benchtop’ NMR to overturn conventional wisdom on the chemical composition of our favourite drinkable pick-me-up. 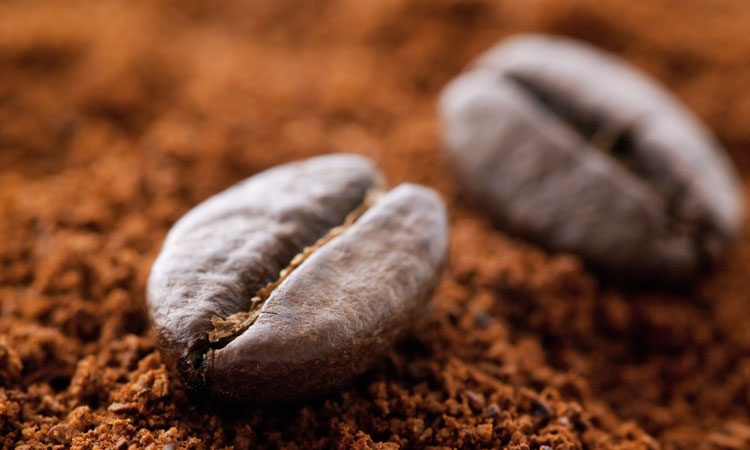 High-field Nuclear Magnetic Resonance (NMR) spectroscopy is well known to chemists as a ‘gold standard’ tool for identifying chemical compounds. Benchtop NMR offers many of the same advantages of its high-field cousin, but with some additional benefits that are especially useful for industrial settings: much lower capital and maintenance costs, and robust and portable instrumentation suitable for use by non-specialists.

The beans used to prepare your morning pick-me-up come primarily from two species of coffee – Arabica and Robusta – that together account for almost all commercially grown coffee worldwide. Robusta plants, as their name suggests, are tolerant of different growing conditions and generally produce greater yields, whereas Arabica beans tend to be more highly valued for their superior flavour. This is reflected in the price: Arabica can trade at up to twice that of Robusta on commodity exchanges.

The coffee sector is vast and the numbers are staggering: annual production of beans is approaching nine million metric tons; over two billion cups of coffee are consumed each day; and up to 25 million primary producers, largely in developing countries, rely on the crop for their living. The potential for fraudulent economic gain is therefore obvious. This might involve, for instance, the undisclosed addition of ground roast Robusta to Arabica and selling it on as ‘100 per cent Arabica’ premium quality coffee. Substitution of just five percent of Arabica beans with Robusta could be worth around $500 million per annum to fraudsters. Undeclared substitution equals unfair trading: it not only cheats the buyer and diminishes consumer trust, but also disadvantages the honest Arabica producer by suppressing prices.

So what can be done to detect this kind of fraud? Intact green beans can be inspected; and Arabica and Robusta can be distinguished, although not entirely reliably. However, after processing (roasting and grinding) this becomes impossible. Even a trained taster cannot detect substitution of Arabica with Robusta at levels below about 30 per cent by weight.

Understanding How NMR Can Help to Prevent Honey Fraud…

A potential solution is analytical testing. Coffee beans of all species contain hundreds of naturally occurring chemical compounds and those present in the largest amounts – like polysaccharides, proteins and triglycerides – are found in all species. However, among the minor compounds there are some interesting differences, with some compound classes dominant in one species and less so in others.

One of these compounds is 16-O-methylcafestol (16-OMC), which for decades was believed to only be present in non-Arabica coffee species. As such, the detection of 16-OMC using chromatography formed the basis of a method for authenticating Arabica coffee products, making use of the idea that if any 16-OMC is found, the product cannot be 100 per cent Arabica.

Our recent studies aimed to use benchtop NMR spectroscopy rather than chromatography to carry out this analysis, as it is comparatively faster, cheaper and more simple to use, and thus suitable for high-throughput authenticity testing. We collaborated with the Royal Botanical Gardens (RBG) at Kew, London, which sourced coffee samples of entirely known provenance – a key requirement of authentication method development.

Using the pulsar benchtop NMR spectrometer from Oxford Instruments, we developed a protocol that starts with ten grams of ground roast coffee and finishes some 30 minutes later with an NMR spectrum of the ‘ipophilic’ (oil-soluble) compounds extracted from the sample. If there is any 16-OMC present, a peak will be seen at a specific location in the spectrum.

An unexpected finding was that Arabica coffee beans can also contain 16-OMC in very low amounts – approximately one per cent of typical Robusta levels. We detected this compound in almost all Arabicas examined. With regard to authenticity testing, this means that instead of using a simple present/absent criterion, a threshold value for ‘normal’ Arabica 16-OMC content needs to be set; we were able to do this using the RBG-assured sample collection.

Our test includes a software package for immediate analysis of the data following acquisition. The package displays the relevant spectral region and assesses whether the peak identified is outside the normal range expected from pure Arabicas (see Figure 1).

Figure 1: Screenshots showing the results of analysing three different ground roast coffees. The central dotted line in each case indicates where a peak from 16-OMC would be seen. Results (a) and (b) show a tiny bump at this position, which is typical of pure Arabica samples, indicating the presence of only a very small amount of this compound. In contrast, result (c) shows a large, clear peak at this position. We estimate that this sample contained at least 20% w/w Robusta, despite being labelled as ‘100% Arabica’.

Finally, we used our test to carry out a survey of ‘100 per cent Arabica’ ground roast coffees purchased by staff, students and collaborators of the QIB as they went about their worldwide travels. Of the 60 samples examined, six showed a 16-OMC spectral peak consistent with the presence of substantial amounts of Robusta – far more than would be expected through unavoidable contamination. Our results suggest that the prevalence of such fraud is in the range of five – 20 per cent of retail samples.

Since publishing our findings, we have had some interest in our new technique from the food industry as well as the bodies overseeing food adulteration in the UK. Giles Chapman, Head of Intelligence at the Food Standards Agency’s National Food Crime Unit said: “We’re always keen to understand how scientific advances expand the range of tools that can be used to validate the authenticity of food products sold to UK consumers. This piece of work has generated some interesting insights, which we will be looking to explore further.”

Dr Kate Kemsley leads the Core Science Resources Unit at the Quadram Institute. The focus of this team of interdisciplinary scientists is the development of innovative methods for the chemical and physical analysis of food to combat adulteration and food fraud. The Quadram Institute is a new centre for food and health research opening on the Norwich Research Park. It is a partnership between Quadram Institute Bioscience (formerly the Institute of Food Research), the University of East Anglia, the Norfolk and Norwich University Hospital and the Biotechnology and Biological Sciences Research Council. 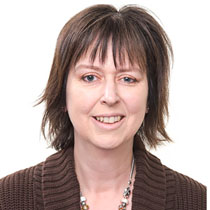