Proof and quantification of filling oils in chocolates from enrobers 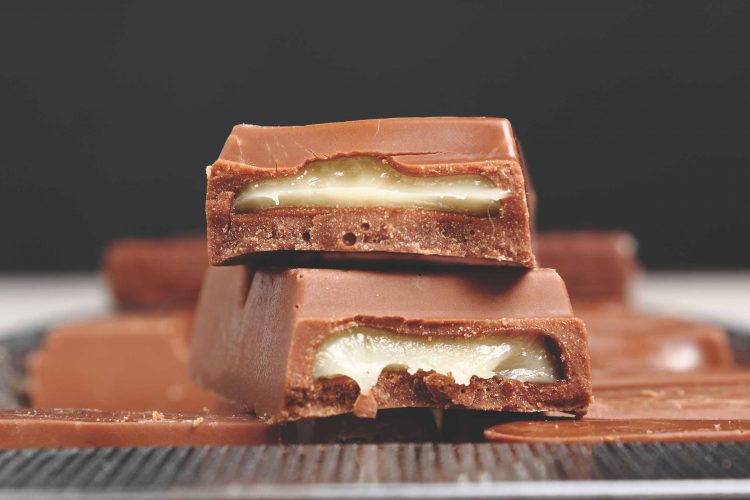 Enrobing is a popular and cost-efficient way to produce filled chocolate products and is therefore used in many small and medium-sized enterprises. When centres are enrobed – these can be wafer bars, fondants, jellies, nuts, biscuits and even ice creams – they pass through a chocolate curtain. The enrobing process was described in detail by Sundara et al. 20141 who reference that the formation of fat bloom occurs when processing is not carried out properly. However, even when the process is controlled and properly performed, fat bloom can still occur, leading to significant depreciation. Those products with fat based fillings are particularly susceptible to quality loss. 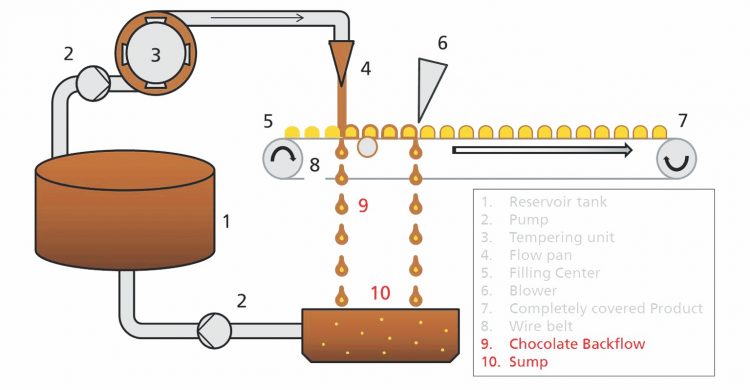 Figure 1: Components of an enrober and entrainment of filling lipids from the centres into the liquid chocolate (Source: Archive Fraunhofer IVV)

Fat and oil migration, which is a suspected activator for fat bloom, occurs in stored products, but might also take place during production. During the enrobing process, shown in Figure 1, the warm chocolate is in direct contact with the centre. Filling fats and oils from these centres can be washed off by the chocolate. Owing to the backflow of the surplus chocolate the filling fats and oils can become enriched in the recirculated liquid chocolate (position 9 and 10). In this manner enrichment of filling oils in the chocolate mass can increase over production time.

Filling fats and oils in chocolate

Filling fats and oils that become mixed in the chocolate have a major impact on crystallisation and flow properties.2,3 In the case of enrobed products, this is critical, since centres sometimes contain fats and oils that are incompatible with chocolate. Examples are lauric fats – primarily coconut oil or palm kernel oil – which are often used in bakery products. When in contact with cocoa butter they reduce crystallisation speed and solid fat content, resulting in a highly unstable product because there is less resistance to fat and oil migration. Additionally, the higher fat content reduces yield stress and viscosity, which leads to a better flow and therefore to thinner chocolate layers. A thinner layer facilitates fat and oil migration followed by earlier fat bloom development.

To prove the idea of filling fat entrainment in an enrober, several samples were taken along the course of the production process and analysed using TD-NMR. Filling fat detection using NMR is based on the fact that fillings are usually softer than the surrounding chocolate, in order to create a contrasting texture. This softness is based on a lower solid fat content (SFC).2 When mixing chocolate and fillings, the SFC of chocolate decreases. The SFC determination via TD-NMR measurement is a well-established method for chocolate products, performed at the original solid state of chocolate layers.4 The f-factor was determined using the daily-check sample and was around 1.4. An improvement in our experiments was the previous melting of the samples followed by defined crystallisation in an ice water bath at 0°C for 90min and subsequent stabilisation in an aluminium block for 24 h at 20°C before the measurement of SFC20* was taken. Using this preparation step, it is possible to compare samples with a differing thermal history. To measure samples with non-fat solids, such as sugar or cocoa particles in chocolate, a second measurement must be carried out. In such cases, samples were molten at 40°C for at least 2h and SFC40* was measured, which now only includes the signal from the non-fat solids, while the fat is molten completely. From these two values the SFC can be calculated according to the following equation:

Samples were taken from the enrobers of six industrial project partners. The manufacturers are anonymous, for competitive reasons. The pure chocolate and fillings were used to prepare mixtures for the calibration curves.

After the start of manufacturing ramp-up with fresh chocolate, samples were taken periodically throughout the production process. The calibration curve, which was prepared for NMR measurements, can be seen in Figure 2 on the right side. The SFC of the samples taken during production can be seen on the left.

The amounts of filling fats and oils, found after one day of production, are sufficient to affect crystallisation properties, soften the chocolate and approximatively shorten shelf life. For all investigated samples a linear correlation between production time and filling uptake could be found. The amount changed between each manufacturer and some showed saturation after several hours of production.

For manufacturer A samples were taken half‑hourly for 4h. Oil amounts around 0.3 to 0.5% were found by SFC measurements.

The samples of manufacturer B were taken hourly during three production days of the same product. They showed filling oil contents of around 0.8%. While most of the oil was taken up during the first day, the difference between day two and three is small, as can be seen in Figure 2 on the left.

The product of manufacturer C is unusual – small shaped with a thin chocolate layer and a high surface to volume ratio. Samples were taken every two hours during a 10h production time. In the same way as the samples of manufacturer B, saturation can be found after 6h production time. The fat amounts found were around 10% at the end of sample collection. To ensure product stability, this product is enrobed a second time. In samples from the second layer chocolate, the amounts of fat found were less than half, resulting in 2-3%.

At manufacturer D samples were taken hourly during two days of production. The difference between the first 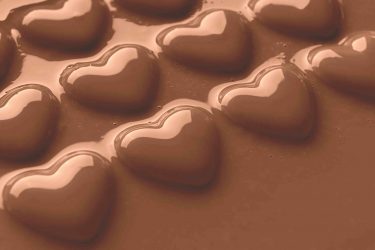 When chocolates are enrobed they pass through a chocolate curtain

and the second day was a SFC reduction of 1.5%, which equals a filling fat uptake of 0.8%.

Manufacturer E, however, is an example of a plant and product where no filling fat is taken up during production. Samples were taken hourly over the course of 10 hours of production and SFC remained constant throughout. Regarding the mixtures, a SFC reduction of 1% – which equals 1.8% filling fat in the chocolate – suggests that the amounts taken up were too small to be detected.

It is well-known that bloom formation is forced by oil migration and this migration process into chocolate is accelerated when chocolate layers are thin and have lowered solid fat content.4 Therefore, the entrainment of filling oils should have an influence on bloom formation.5 Although our storage tests showed no clear correlation between the quantitative amount of oil uptake during enrobing and bloom formation, an increased bloom tendency was found for some of the enrobed products.

Our results show that an entrainment of filling fats and oils from the centres into the enrobing chocolate does occur. The fact that the detected filling amounts increased over production time indicates that they are obviously technically unavoidable and not due to inadmissible recipe components. This is also confirmed by the fact that the filling amount taken up during production in the second layer of product C, which was produced from the same starting chocolate as the first layer, is much lower.

In most cases, the amounts detected were just below 1% during one day of production. This amount is sufficient to decrease crystallisation induction time and affect crystal growth rate.2 This altered crystallisation behaviour might necessitate adjustment of the production process with special regard to cooling.

The amount of filling fats and oils taken up during production depends on several factors: the recipe, such as oil content and mobility; the dimensions, especially the surface-to-volume-ratio; the size and the throughput of the enrobing plant.

However, NMR measurements are a suitable method to control the process and to retain quality and shelf life of enrobed products. NMR provides the possibility to rapidly measure fresh products as well as samples taken from the manufacturing plant. Sampling and sample crystallisation requires longer than 24 hours, however the measurement itself only takes about 10 seconds. As many samples could be prepared and measured in parallel, the method seems suitable for the analysis and control of industrial processes.

We would like to thank the German Federation of Industrial Research Associations (AiF) for its financial support of the research project IGF-Nr. 17548. This project was carried out under the auspices of AiF and financed within the budget of the Federal Ministry of Economics and Technology (BMWi) through the programme to promote collective industrial research (IGF). 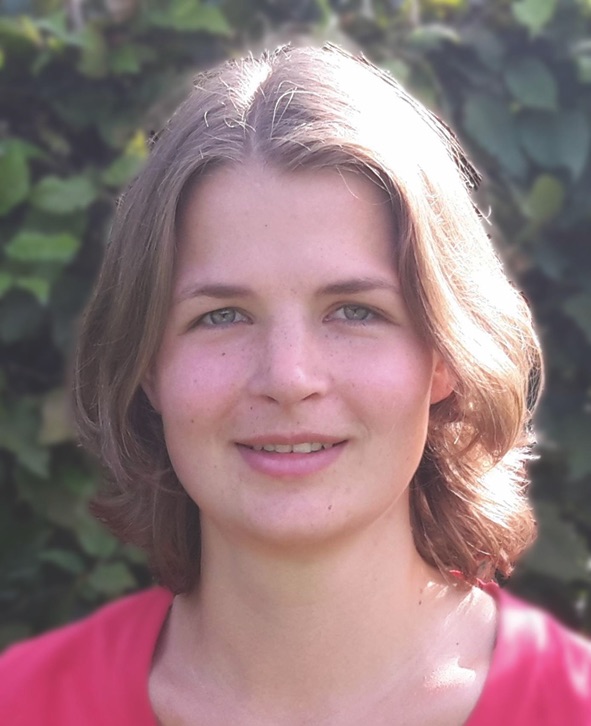