Cocoa cultivation and manufacture of chocolates – a long tradition in Brazil

Cocoa plantations date from 1680, shortly after ‘drinking chocolate’ became fashionable in European courts. The beginning of chocolate production dates from 1890 – several decades after the invention of the chocolate bar in Europe. 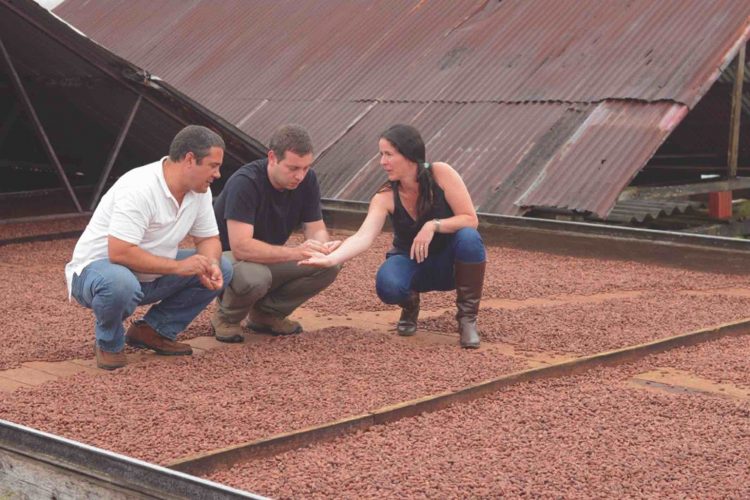 Historically, Brazilian cocoa and chocolates have been seen as bulk or commodity products, focused on quantity and price, rather than quality. Traditionally, the cocoa varieties grown in Brazil – Forastero cocoa – are considered lower quality in terms of aroma and flavour, unlike the praised Criollos and Trinitarios that are grown in the northern countries of South America and in Central America.

Due to the rainfall in the Brazilian regions where cocoa is mainly cultivated, burning wood to dry the cocoa beans was very common – which usually resulted in imparting cocoa beans with an unpleasant smell of smoke. For this reason, Brazilian cocoa received unflattering adjectives in international literature, such as ‘hammy’ or ‘with notes of bacon’.

To disguise these problems Brazilian chocolate manufacturers resorted to a very intense bean roasting, which resulted in a cocoa with high bitterness. They attempted to compensate by adding larger amounts of sugar and, as a result, Brazilian chocolates were regarded as inferior to European chocolates. 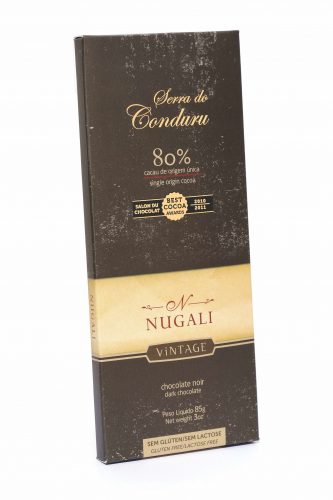 We wanted to produce the first Brazilian single-origin chocolate, and try to prove that gourmet chocolate could also be made in Brazil.

Nugali was founded in April 2004, in response to recognising a gap in the market for high quality Brazilian chocolate products. We evaluated the chocolate market in Brazil, and concluded not only that most domestic chocolates were of lesser quality, but also that relevant trends that were changing the chocolate industry in the world, such as chocolates with higher cocoa contents, single-origin cocoa chocolates, less artificial ingredients, among others, were not being followed by Brazilian manufacturers. As a result, a niche of avid consumers wanting better products was left deprived.

From the outset the Nugali portfolio included 70% cocoa chocolate; in fact, we were the first company in Brazil to produce it. Initially we manufactured our chocolate from cocoa liquor – cocoa beans already roasted and ground – but our desire was to master the whole process, from the cocoa beans to the finished product. The so-called ‘bean-to-bar’ process was unheard of for small businesses in Brazil, but we realised that this is the only way to ensure full control over the quality of all the ingredients.

In the following months, we visited many cocoa-producing areas in Brazil, such as Bahia and Pará. Bahia, hitherto Brazil’s largest cocoa producer, experienced the drama of witch´s broom, a fungus that continues to plague the region. Until the 1980s, almost all Brazilian cocoa was planted in Bahia, and its production made Brazil the largest producer and cocoa exporter in the world. The arrival of this cocoa disease to Bahia dropped the annual production from 400,000 tonnes to less than 90,000 in just few years, devastating the region’s economy.

Many cocoa farmers gave up cocoa growing, and large areas where cocoa was forest farmed were cleared for livestock, causing vast areas of Atlantic rainforest to be cut down. Other cocoa farmers, not wanting to abandon what had been the livelihood of their families for many generations, insisted on seeking alternative means to keep cocoa cultivation viable. Some of these farmers began looking for ways to compensate for the drop in production with a quality gain, thus obtaining better prices for cocoa – after all, the so-called fine flavour cocoa is sold with price premiums, often more than twice the stock price of bulk cocoa.

One of these cacao farmers was João Tavares, fifth generation of a family of cocoa farmers. We first met João in 2005, and to this day our partnership remains strong. In his plantation cocoa varieties rich in flavours and aroma were grown – Trinitario varieties and Scavina cocoa, the latter a close relative of the famous Ecuatorian Arriba cocoa. In addition, perfect cocoa pods were separated from overripe, unripe, or diseased pods; the fermentation was carried out in a homogeneous and controlled way; and the beans were only sun-dried, never using the problematic coal heat. 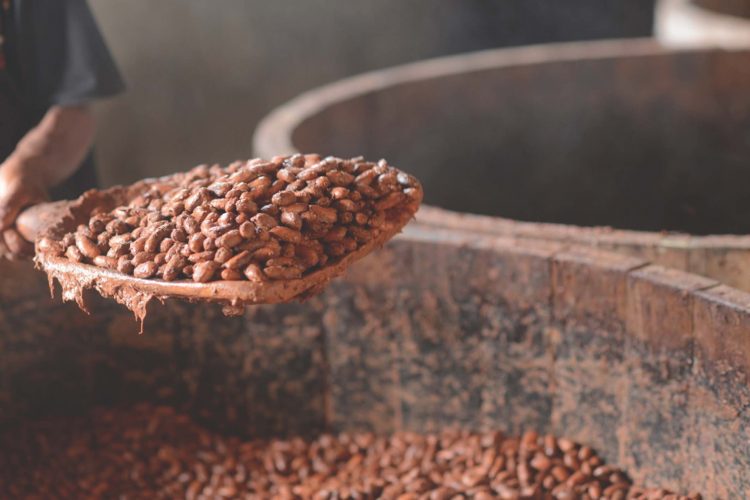 I used my background as a mechanical engineer to design and build the first machines we used to process cocoa beans.

Working four-handed with the cocoa grower, we performed several tests with different beans and various fermentations, seeking a result that reflected what we wanted: to produce the first Brazilian single-origin chocolate, and try to prove that gourmet chocolate could also be made in Brazil. In addition, the chocolate should have a Brazilian soul – its own personality; different from chocolates made elsewhere.

As the machines to winnow, break and roast cocoa beans in smaller batches did not exist in Brazil – and importing these machines was beyond our capability at that time – I used my background as a Mechanical Engineer to design and build the first machines we used to process cocoa beans.

In 2007 we launched the chocolate Serra do Conduru 80% cocoa, named after a range of hills near the farm that grows that cocoa. It was the first single-origin chocolate made in Brazil, as well as being the first to have such a high content of cocoa. Owing to several innovations we introduced in roasting and conching of the chocolate, and also the quality of the beans, this product was well-received in the domestic market. This chocolate was also praised by domestic and foreign food critics for its tropical fruit notes – the ‘Brazilianness’ that we sought. 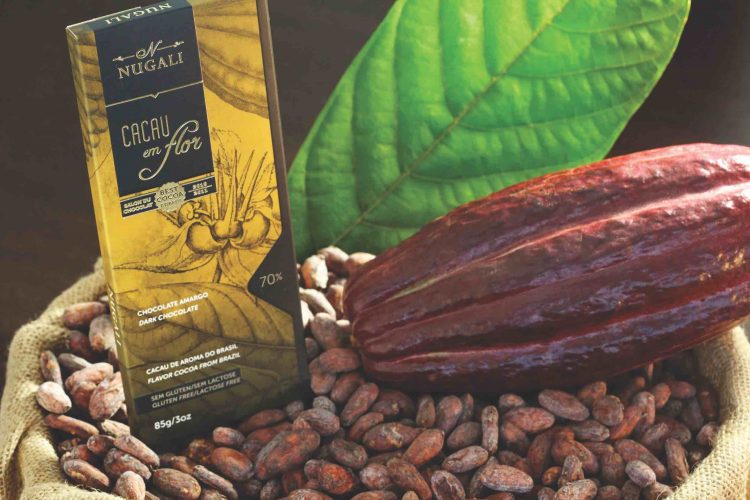 Over the years, Nugali increased its share in the high-quality chocolates niche in Brazil.

An important aspect of cocoa farming in much of Bahia and in some regions of Pará is that it is forest farmed – grown intercropped with native forest species or, in the case of Bahia, inside the rainforest – all the larger, centennial trees are maintained to provide shading for the cocoa trees. Besides avoiding exhaustion of the soil, this type of cultivation preserves the natural ecosystem. In Bahia cocoa grown inside the forest has been responsible for preserving large areas of Atlantic Forest – one of the 36 biodiversity hotspots in the world. Nugali supports producers working with this conservation consciousness.

Over the years, Nugali increased its share in the high-quality chocolates niche in Brazil, directly competing with reputed imported brands, demonstrating the possibility of producing superior chocolates in Brazil. Always containing higher cocoa contents, from 45% in milk chocolate up to 80% in dark chocolates, and using typical Brazilian ingredients such as Brazil nuts, açaí, banana and cupuaçu, Nugali offers today a variety of approximately 40 products, and supplies about 700 domestic stores.

In 2016 the chocolate Serra do Conduru, our single-origin pioneer, was awarded a Silver Medal at the International Chocolate Awards in Americas / Asia / Pacific competition; and a Bronze Medal at the World final – a first for a Brazilian chocolate.

This was a great achievement for us, and something we wish to continue. As such, we plan to concentrate on raising awareness of our products and increasing our participation at global fairs to expand export. At present, Nugali is building a new plant in Pomerode, where visitors can observe each manufacturing step, from the processing of cocoa beans to the decoration and packaging of products, as well as taste the cocoa beans and the different chocolates.

As Brazilian chocolatiers, we believe in our responsibility to produce delightful chocolates, and share the flavour of Brazilian terroir and ingredients, still little known in other continents. We aim to place Brazilian chocolate and cocoa firmly within the international gourmet food market.

Ivan Blumenschein and his wife started the Nugali Chocolates Business in 2004. They have always been chocolate lovers. They met each other in the early 2000’s, while working in the same company in the aeronautical industry. At the time, their work required frequent trips to Europe, which they used to supply their personal reserve of high quality chocolates such as Swiss and Belgian brands, or those with high cocoa contents. At that time, it was not very common to find imported chocolates in Brazilian stores. It was Ivan’s wife, Maitê Lang, who asked the question that would shape their careers and lives: why aren’t there Brazilian chocolates for these more demanding consumers? From this, Nugali was born. 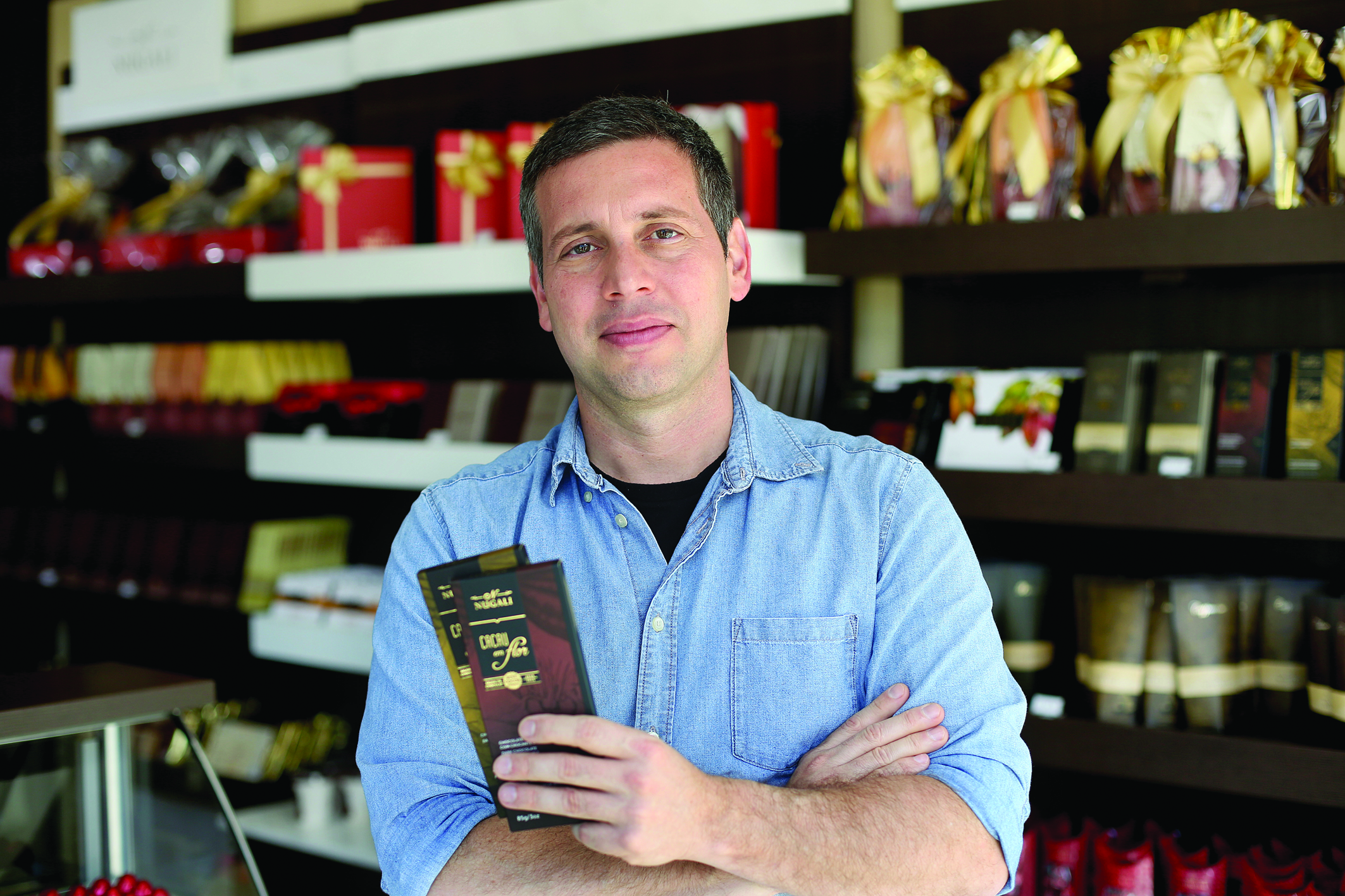