Everything you need to know about personalised nutrition

As we see a drive for functional food, New Food’s Editor, Bethan Grylls, interviews Dr Jeffrey Blumberg on the topic of personalised nutrition to see whether this could be the next megatrend. 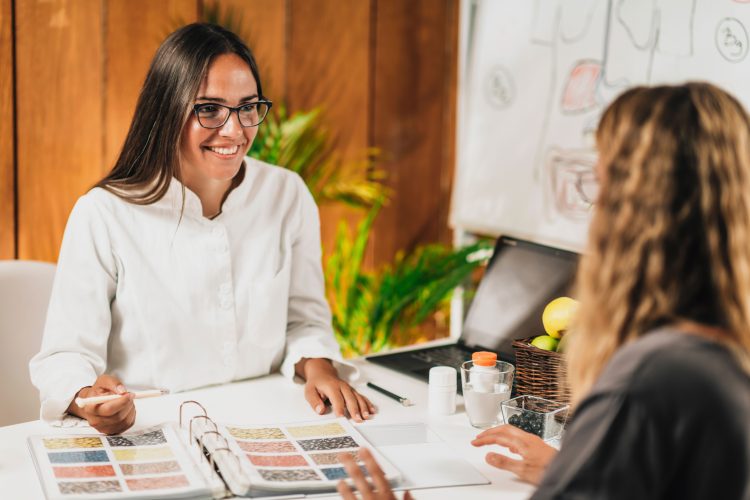 There is no doubt that we’re seeing an evolving health movement; consumers are becoming ever more conscious and empowered regarding both their physical and mental health. As such we are witnessing a demand for functional foods, a concept first regulated in Japan in the 1980s. There isn’t a legal definition for functional foods yet in Europe or the US, but there is regulation around nutrition and health claims which dictate what brands can and cannot say – and you can read about regulation, functional foods and EU regulation here. But generally, functional foods are considered foods developed to promote health or reduce the risk of disease.

Examples of functional foods include products formulated with minerals, vitamins, fatty acids and dietary fibre, as well as foods fortified with dietary bioactive components such as antioxidants and probiotics.1

In the US, functional foods are particularly popular, and in 2008 were worth around $80 billion, with the US holding a majority share in the nutraceuticals market, followed by Japan.

In Europe, the market is still in its infancy but certainly growing. India and China are known for the production of traditional functional foods, but research predicts that other South-East Asian countries and Gulf nations are developing potential markets too.3

“Consumers are looking for function,” confirmed Dr Jeffrey Blumberg from the Friedman School of Nutrition Science and Policy at Tufts University. “They want foods, beverages, and supplements that have the ability to improve their mood and boost immunity, sharpen their cognition, help with their athletic performance, or improve their skin or sleep.

“We are also seeing a push for food as medicine; products that can reduce the risk of or even treat disease. In the US, we even see some doctors writing prescriptions for fruits and vegetables.”

So consumers want function, benefits from what they are consuming…but where are we with regard to actually delivering them?

“It’s not an unreasonable request,” Dr Blumberg confirmed. “There is some compelling science but it’s still in early stages.”

There are many academics and organisations which are investigating this area to provide evidence that support health claims for foods that contain functional elements and are working with a range of food companies, non-profits, and health insurance organisations to better understand and define a concept known as ‘personalised nutrition’.

This should not be confused with functional foods, but the two are related, as functional ingredients often comprise part of the recommendations for a personalised diet.

“My colleagues at the American Nutrition Association and others are working to try to understand what standards and what regulations are needed [around personalised nutrition]; whether they should be self-imposed within the industry, guided by professional organisations or mandated by the government,” he explained.

What is personalised nutrition?

Personalised nutrition is rooted in the concept that one size doesn’t fit all.

“It’s an approach that uses information on individual characteristics to develop targeted nutritional advice, products, or services,” Dr Blumberg advised New Food. “People are seeking nutritional counselling, using dietary supplements, or ordering tailored meal kits based on who they are – their age, sex, physical activity, genome, metabolome, etc., to not just prevent, manage or treat disease, but to optimise health. 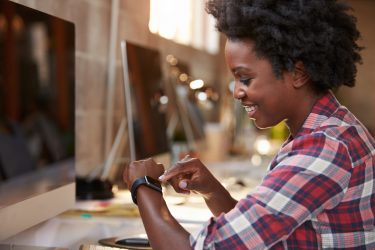 Wearables are on the up

“Even if you’re not sick, it doesn’t mean you’re healthy, and consumers are recognising that.” Dr Blumberg pointed to wearable devices which are donning the wrists of many. “They’re wearing these because they want to monitor their sleep, their steps, their heart rate; I presume that a lot of these people aren’t unwell, in fact they’re relatively healthy. However, it’s not enough to be just healthy, they want to enhance their fitness.”

He explained that this trend has spurred on companies to innovate within the area of personalised nutrition – organisations which supply you with, for example, a glucose monitor that can measure whether your levels are spiking too quickly as you eat. There are even wearable devices in development which sit inside the mouth to measure nutrient intake, according to Dr Blumberg.

He is optimistic about what new technologies will ultimately do in providing continuous, real-time feedback on our biology and physiology.

Although he does foresee a rise in wearables, he also highlighted the challenges in true personalisation, as well as the accuracy and privacy of such devices. “Technology is improving all the time, but we need to know that they’re secure, that the company is protecting your data and that the algorithms are truly individualised.”

There are two terms used in the States, Dr Blumberg informed New Food. “The National Institutes of Health (NIH) has just started a big initiative on precision nutrition. Personalised and precision are used interchangeably but there are those looking to differentiate between them.”

The NIH project seeks to examine individual differences observed in response to various diets by studying the interactions between diet, genes, proteins, microbiome, metabolism, etc. It will also be looking at artificial intelligence to develop algorithms that can predict individual responses to foods and dietary patterns, and validate these algorithms for clinical application.

“To me, there is a difference between the two,” Dr Blumberg continued. “Precision is rooted in data and ‘the omics’ – transcriptomics, genomics, biomics. Whereas personalised nutrition, at least in my opinion, takes into account each person’s values and goals.” He gave the example of someone’s family who has a history of heart disease and therefore may be keen to base their nutrition around food that promotes a healthy heart.

Will it catch on?

All of this information is all very well and good, but it has little value unless we change our behaviour.

“If I told you to eat more fruits and vegetable to be healthy, you probably wouldn’t do it – at least not for the long term,” Dr Blumberg pointed out. “However, there are some studies which suggest that when presented with a personalised nutrition assessment addressing your individualised needs, particularly along with ongoing feedback, you’re much more likely to act on it and stick with it.”

As for the future, he noted the rising trend of front-of-pack nutrition labelling, predicting that we may see this go several steps further. “They’ll be apps that you can link with an online food shop that help inform you on ‘better’ choices; consumers will be able to filter based on what is the healthy choice for them.

“I can also see the supermarket experience changing, whereby the retailer puts together a meal kit based on one’s personalised nutritional needs and goals.”

There is in fact a brand (Habit, which was acquired in 2019 by Viome) that is already offering recommendations based on your cholesterol levels, activity levels and personal wellness goals. So, if Dr Blumberg’s forecast is right, we can expect more of these offerings to pop up within the next few years.

Dr Blumberg also chairs the board at the American Nutrition Association, which is focusing on helping to fill the growing gap of qualified practitioners that can offer personalised nutrition testing and advice.

“The future of food is changing,” he noted, “and as the field of personalised nutrition grows, we’ll need more experts who can help in this regard.”

Will this trend finally go mainstream? This Editor thinks it may well be the next megatrend.

Dr Jeffrey B. Blumberg, PhD, FASN, FACN, CNS-S is an active Professor Emeritus at the Friedman School of Nutrition Science and Policy at Tufts University. His research has been largely focused on the role of antioxidant nutrients in promoting health and preventing disease during the ageing process via changes in status of oxidative stress, glucoregulation and inflammation.

He serves on the editorial boards of several scientific journals and was included in 2015 Thomson Reuters’ List of the World’s Most Influential Scientific Minds (2015), along with being cited by Mendeley Data as among the top one percent of published authors in nutrition and dietetics (2020).

He has participated in activities relevant to the incorporation of sound nutrition science into public health policy, including work as a member of the Workshop on Health Promotion and Aging in the office of the US Surgeon General, Sports Medicine Committee of the US Olympic Committee, and Food Advisory Committee of the FDA.