Air Protein CEO, Lisa Dyson, explains how her company leveraged NASA technology to create a protein source from the air that we breathe. 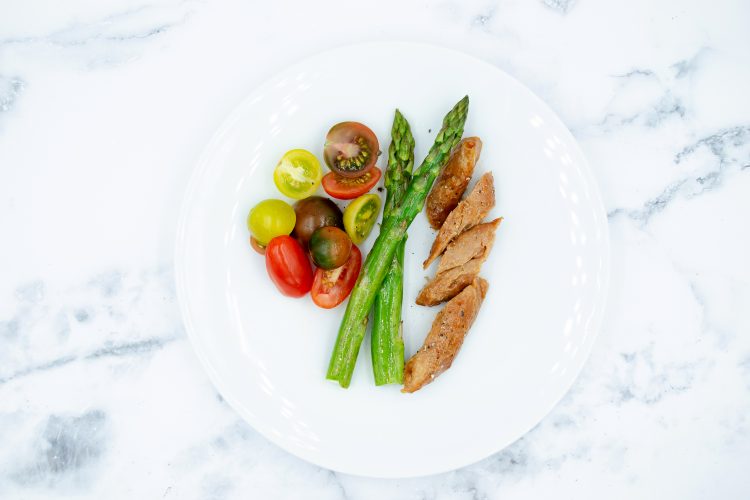 We are going to have to feed a lot more people in thirty years’ time. In fact, the United Nations predicts that the food industry will have to provide for almost 10 billion people by 2050 – an increase  of nearly 20 percent on the current population. This  prospect is causing headaches for an industry that is already stretched – Action Against Hunger estimates that 811 million people are currently going hungry (despite claiming there is more than enough food to go around). With that in mind, a new technology that proclaims it is capable of making protein from the air that we breathe is naturally very exciting. But can we really create nutritious food from our own atmosphere?

So how do you end up with an edible product from the air? Air Protein uses the carbon dioxide that is abundant in the atmosphere, mixes it with organisms called hydrogentrophs and water, and then using solar power, ferments the mixture in tanks until the final product is ready.

If you’re thinking that this sounds complicated – it is. But Dyson revealed that herself and her team had at least some of the hard work done for them decades ago during the height of the space race.

“As you can imagine, making meat from air and protein from air isn’t the easiest thing to do on the planet. But happily, we’ve leveraged some initial thinking by NASA decades ago and built out our own proprietary technology that allows us to make this highly nutritious, highly sustainable protein that we’re using to make meat,” she said.

“The scientists at NASA were thinking about the problem of feeding astronauts in outer space. There’s no place to pick up food along the way, so you have to generate your own, and you have to generate it onboard in a way that uses minimal resources and takes up minimal space.

“Fast forward to when Dr John Reed and myself were looking at how we can have a positive impact on the issue of climate change. We were pondering the same problem – minimal space, minimal time to make food – but in a different context.

“That’s what allowed us to see that this very different approach is something that could actually address what the world needs right now. We were able to leverage the thinking of NASA scientists in a completely different context.” 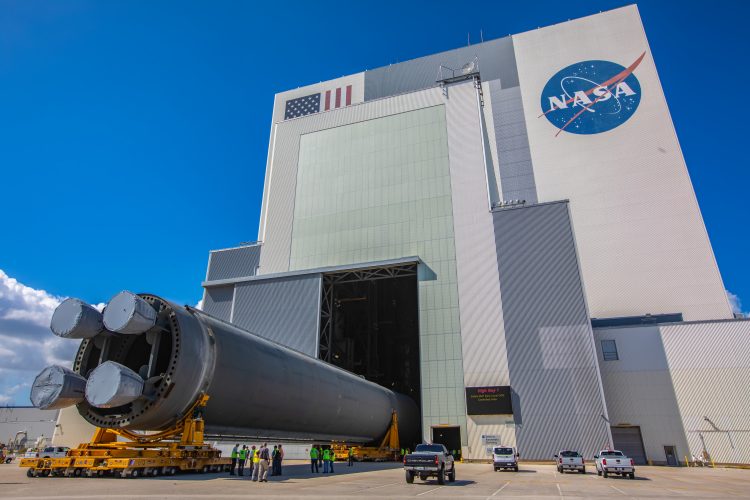 There will no doubt be scepticism over this new technology. Aside from sounding complicated, it also sounds very expensive. But Dyson refutes this and pointed out that this process takes advantage of cheap, or increasingly cheaper, resources. “This is a highly scalable way of making a very sustainable protein, and the reason is twofold.

“As we scale up the technology and reach economies of scale, we do believe that this will be economically attractive and one of the most superior protein sources from the perspective of economics, as well as sustainability and nutrition,” she maintains.

One of the benefits offered by Air Protein is the sheer space saved by the process. Though many will rightly point to other plant-based foods as a solution to the climate crisis, Dyson was quick to point out the space-saving benefits of Air Protein.

“We’ve already cleared an amount of land equivalent to the size of South America and Africa combined for modern food production. So the question is, ‘where are we going to get all that land from as we continue to scale?’

“If you want to compare our production process to one of soy production, it would take a soy farm the size of Texas, an enormous state in terms of area in the US, to give you the same amount of protein as an air protein farm the size of Walt Disney World.”

Some of the places worst hit when it comes to hunger and malnutrition are not blessed with extensive infrastructure. “Nothing is easy, and nor is anything easy when the infrastructure isn’t there. So, it would be wrong to claim that it’s easy to roll this technology out anywhere,” admitted Dyson.

“But what we do need is a renewable power source. We can envisage rolling out our production process in remote locations with solar panels, as an example.

“Consider the example of yoghurt, in terms of how we could roll this technology out. Yoghurt is made throughout the world, just as beverages are brewed throughout the world, too. If you can deploy breweries or yoghurt manufacturing places, independent of climate and weather conditions – rain or shine, day or night – you can produce Air Protein.”

Is the world ready for Air Protein?

Convincing an industry which, by and large, has used similar techniques to create protein for some years, to adopt such ground-breaking technology might seem like an uphill struggle. So, is the world ready to eat protein manufactured from thin air?

“The short answer is absolutely. I think that this is ripe for adoption, immediate adoption, and that’s because consumers are demanding alternatives. They’re putting their dollars down as their votes. They’re investing in purchasing alternatives. Consumers are asking for options that are not harmful to the planet, and that are environmentally friendly. And they’re also asking for options that focus on nutrition,” answered Dyson.

“So, since we’re making meat made from elements of the air that is highly nutritious, delicious, and the most sustainable way to make a protein product, then we believe that the industry and consumers are ripe and ready for this to be introduced.”

Dr. Lisa Dyson is the founder and CEO of Air Protein, a World Economic Forum Technology Pioneer company that is reinventing how food is produced in order to sustainably feed the global population. Dyson has a PhD in Physics from MIT where she conducted research in Theoretical Physics. She was a Fulbright Scholar at the University of London, where she received an MS in Physics with an emphasis in Quantum Fields and Fundamental Forces, and she has degrees in Mathematics and Physics from Brandeis University. 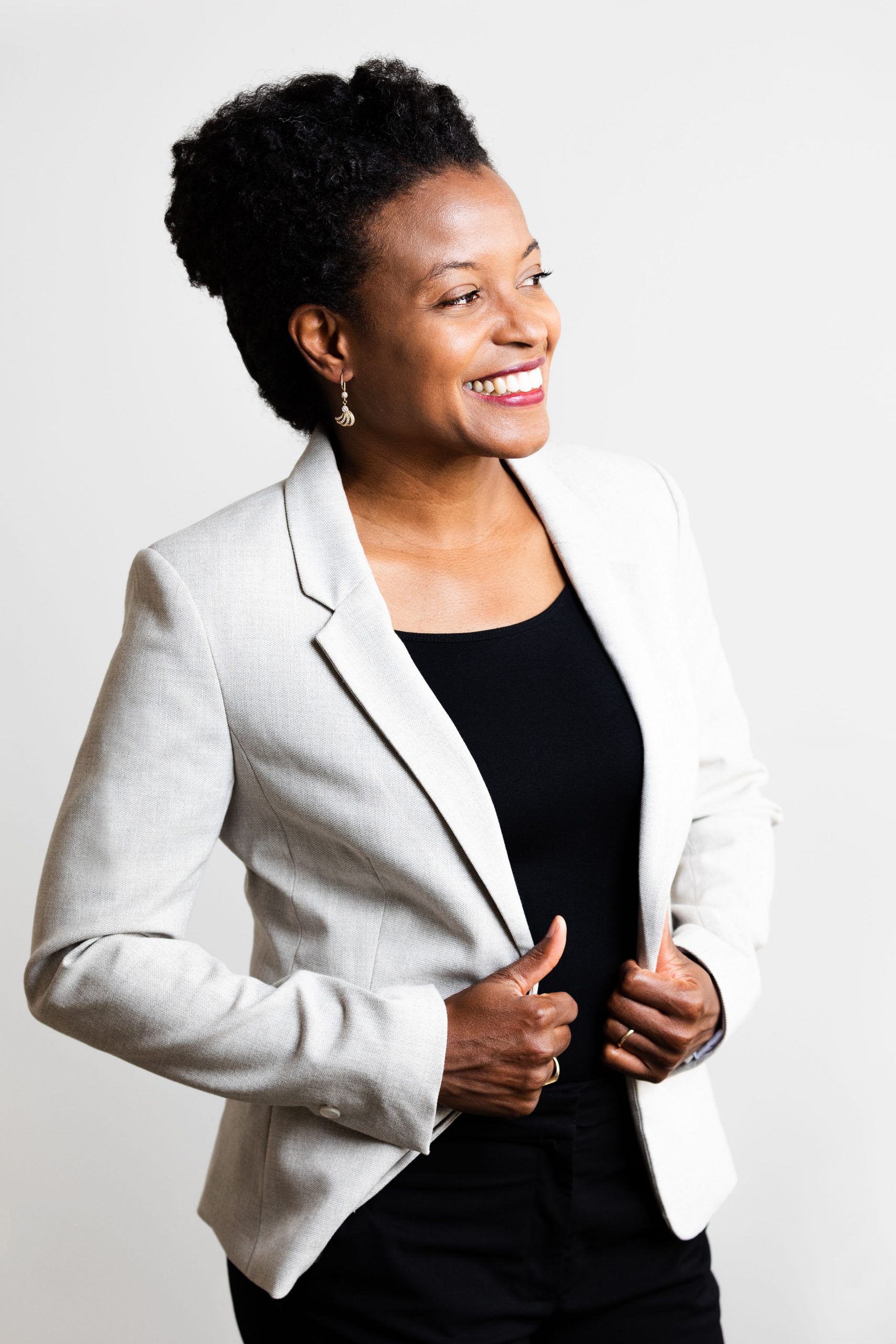 2 responses to “Making protein out of thin air”