What is natural wine?

As we see consumers pushing for more natural products, the old way of making wine may soon become the new way. Here, New Food discovers what makes a wine natural. 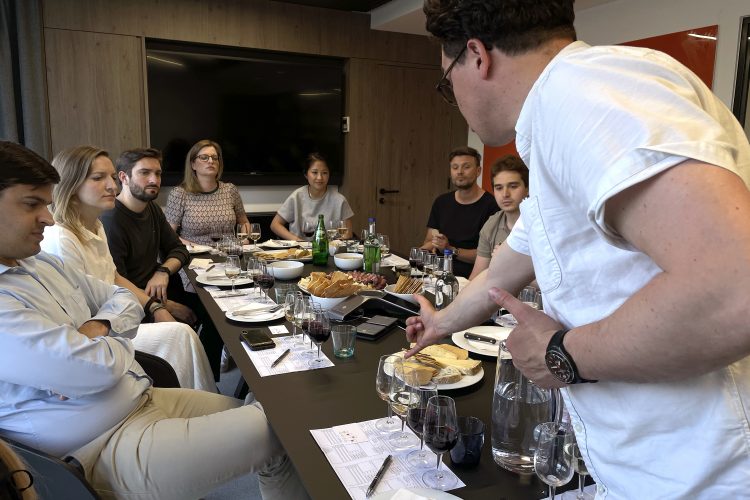 There is no legal definition for ‘natural wine’ and every professional will give you a different description based on their experiences and opinions. For me, there are different levels of what makes a wine natural, but I like to start at the other end of the spectrum: with what I call ‘factory wines’, where everything is mechanised.

There is now technology where every vine has its own computer that reads the moisture in the soil and can be watered individually from the other side of the world via an app. Some farming!

The main component then for natural wine is hand-made, but it goes further than that. It is intervening as little as possible both in the vineyard and the winery, using nature to fight nature, horses instead of tractors, natural preparations rather than chemicals.

I met a Georgian (the country not the state) winemaker who forages his grapes from vines he’s found in the forest that are between 100 and 400 years old. He ferments them in clay pots that are buried underground, adds nothing, removes nothing and bottles just over a thousand bottles. That’s about as natural as it gets.

How is natural wine made?

There are a lot of decisions to be made in the vineyard and winery and different winemakers will favour different methods. But here are some very specific, fun examples.

Rather than spraying pesticides to rid vine-devouring aphids, you can plant wild flowers which encourage ladybirds to populate the vineyard. The primary benefit is that ladybirds eat about 50 aphids per day. The secondary benefit is a beautiful vineyard!

The vibrations of a tractor will compact vineyard soil and scare microorganisms that are important to soil health and biodiversity. But sheep, cows and geese can be used during the winter months when vines are dormant. They will eat all the grass and weeds, turning it into natural compost that will fertilise the soil. 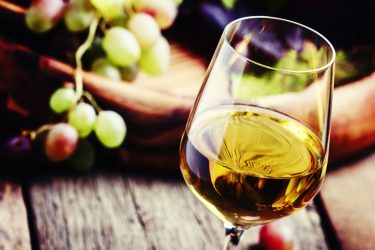 In the winery, many winemakers will use yeasts that have been developed in laboratories to achieve specific flavours or ferment a wine in speciality conditions. Some winemakers will choose not to use these and allow the yeast naturally present on the skins of the grape to work their magic. You’ll sometimes see the words ‘natural fermentation’, ‘spontaneous fermentation’ or ‘indigenous yeasts’ on the label.

Sulphur dioxide (SO2) is the main chemical in winemaking. It’s an antioxidant, antibacterial and a very good preservative. It’s used in the vineyard throughout the year, during harvest, during fermentation and added before bottling. It is also poisonous to humans, animals and other microorganisms. Natural wines will sometimes not have any sulphur used at all, though sometimes trace amounts are necessary to avoid the funky flavours that traditionalists despise.

The reason we use chemicals in winemaking, be it in the vineyard or in the winery, is to make up for low quality fruit. This might be due to lack of attention, or it may lie deeper in the climate or soil. We irrigate when the land is too dry, rather than allowing the roots to dig deep and find their own way. We use additives to replace missing tannins, colour or flavour which puts the wine out of balance, so then sulphur is added to put the wine back in balance.

So the optimal conditions are healthy fruit in the vineyard, but it continues into the winery. Natural wine is literally alive with microorganisms (which are good for us) because of the lack of chemicals used and it’s important for natural winemakers to keep the winery and equipment sterile to stop the development of the wrong bacteria.

Challenges come from nature and neighbours. Too much rain during the growing season will lead to mould and rot. While not enough water can lead to drought. A lack of sun and grapes won’t ripen, but too much can burn the grapes.

Some natural winemakers don’t qualify for organic or biodynamic certification because their neighbours use pesticides which can blow into their vineyards. If you’re making wine in an especially humid climate, then I think it’s perfectly acceptable to intervene and reduce the risks of grey rot or mildew by spraying copper sulphates. You may have unexpected challenges in a particular year that require you to take measures that will save your crop and livelihood, and these could come at the cost of losing your organic or biodynamic certification.

The next big thing?

Wine has always been made in this way – it’s just getting increased exposure under a new soft brand: natural wine. Open a hundred-year-old bottle of wine and observe it under the microscope. It’s living. You can see microorganisms in the wine. Take a new bottle of wine off the supermarket shelves and you won’t see anything at all. Those wines are dead. 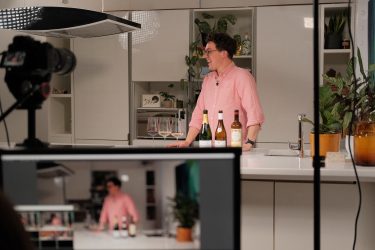 Why are we seeing this move? Because slowly but surely winemakers are waking up to the benefits of wines with less chemicals. I see lots of friends buying organic produce, swapping cars for bikes and then drinking supermarket wine which is packed full of calories and chemicals. And the same for winemakers, sure it’s a business, but if you believe that the future of the planet lies in the soils our food is farmed on, what would you do?

There are a few ways in which natural wines can become more expensive. The lack of machinery means more hands and more staff hours. It usually also means smaller levels of production, and, if demand increases, price does accordingly.

Of course, there are cowboys in every industry. Some of the growing challenges can make it tempting to add a bit more sulphur than intended or labelled. Likewise, some winemakers won’t add any sulphur out of principal and sell a sub-par or faulty product. I think it’s OK to use a trace amount to stop the wine from doing mad stuff in the bottle but as brand, you need to be honest.

It’s worth mentioning that there are some very accessibly priced natural wines on the market and it doesn’t require too much digging and knowledge to find them.

Coming back to factory or conventional wines here…towards the end of the winemaking process, a winemaker can add fining agents to a wine to clarify it. That means getting rid of the cloudiness. Then it’s run through a filter. It’s great to have a wine that doesn’t have bits in it, but these processes also remove flavour and texture from the wine.

Natural wines will often have a little more structure, texture and flavour, having not been fined, filtered, heated, cooled, or pumped full or sulphuric preservatives before bottling.

The future of natural wine

The popularity of natural wine ties into other very significant campaigns and beliefs. We’re spending a lot more time thinking about our personal health and that of the planet, and natural wine ticks both of these boxes. Conventionalists see this as a passing fad, but it’s so much closer to how wine used to be made. Chemicals and computers are inventions of the late 19th and 20th centuries, so let’s see which direction we head in.

Natural wine has been shortened to ‘natty wine’, which again has no definition. For me, they are different things. Natural wine is an umbrella term that encompasses some or all of the above, whereas natty wine is the more marketable section of this with wonderful stories, rare or sought-after bottles and cool labels.

While managing a small restaurant in central Paris, Benedict Butterworth caught the ‘wine bug’ after tasting Bruno Clair’s Aloxe Corton Grand Cru and realising it tasted just like twiglets. This spark began his journey in learning everything he could about French wine. When returning home to London, he undertook the Wine & Spirit Education Trust programme to develop his understanding about wines from around the world.

However, his passion remains in hosting and curating private wine tasting events for both social and corporate groups. 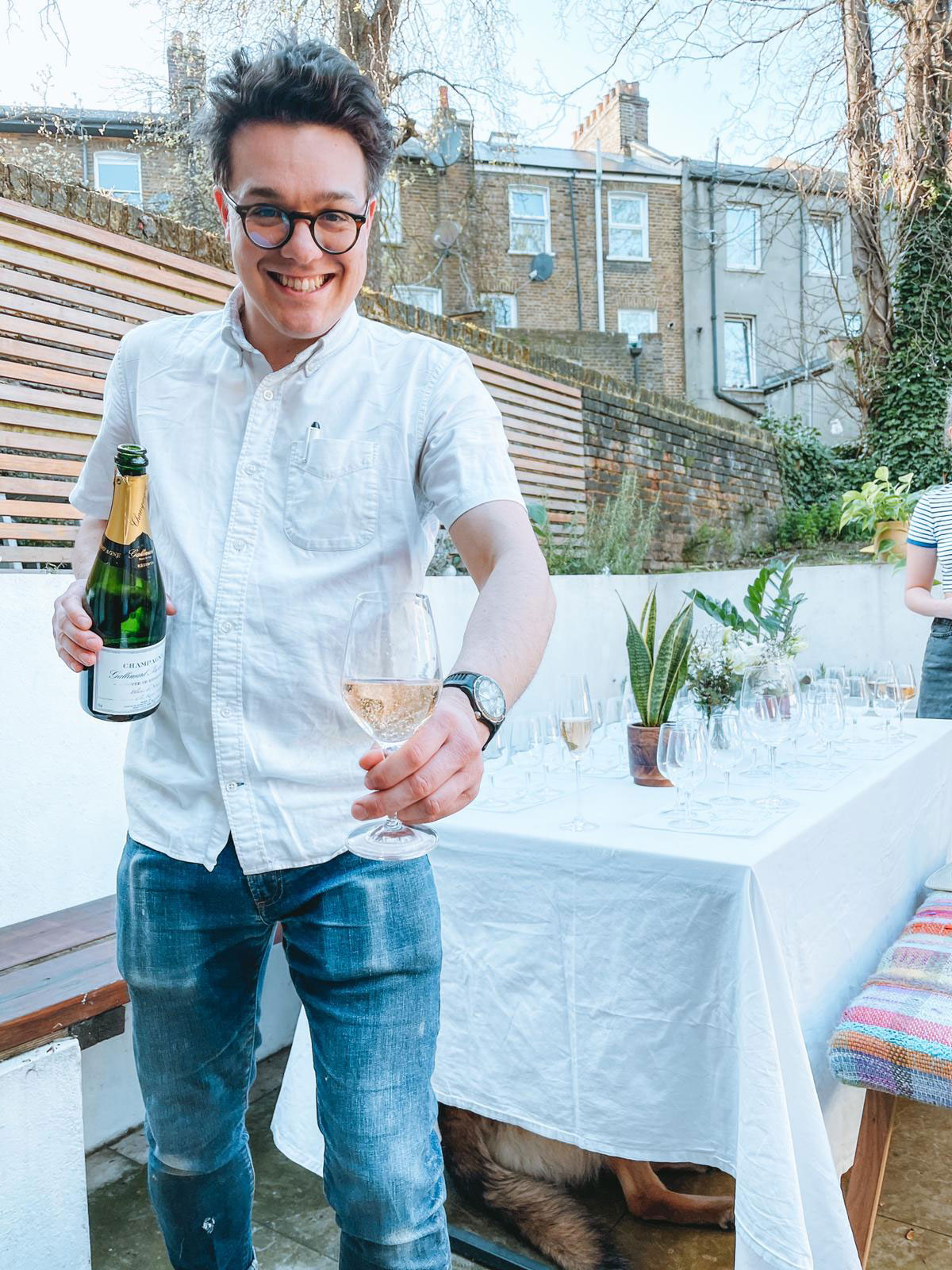