The NSLP and ‘food apartheid’ in San Francisco

The US National School Lunch Program (NSLP) has come under criticism over the years, with some suggesting its structure has unsavoury foundations. 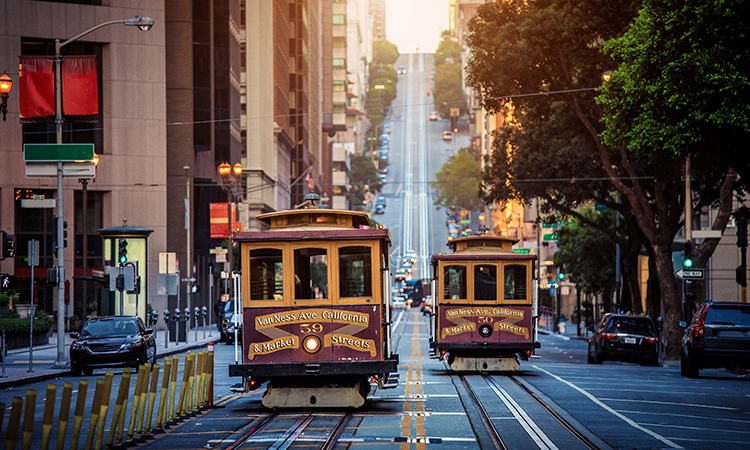 Author, Susan Levine, examines the origins of the US National School Lunch Program (NSLP) in her book, School Lunch Politics: The Surprising History of Amercia’s Favorite Welfare Programe, and raises concern over funding, nutritional content and its ability to offer lunches to those who need it.1 Furthermore, according to Jennifer LeBarre, Executive Director of Student Nutrition Services at San Francisco Unified School District (SFUSD), the discriminatory environment in which the act was forged has led some, including LeBarre, to suggest it may not be helping all children equally.

From afar, one might not associate San Francisco with a ‘food apartheid’, a turn of phrase used by LeBarre to describe the area, and which refers to places in the US that have poor access to healthy food. But according to the SFUSD Executive Director, many San Fran families are living in areas without easy access to grocery stores. “Many are buying their food from convenience stores and some do not even have access to a fridge or oven,” she explained.

As such, an odd coupling of malnutrition and obesity has arisen. With families unable to access high quality food or store fresh fruit, there has been a reliance on junk food and microwavable meals, which often fail to provide the necessary nutritional content for a balanced diet.

Looking to help provide children with readily available and nutrition-rich food, Revolution Foods, a leading healthy school and community meal provider, has been working with SFUSD since 2013.

“Many of San Francisco’s schools do not have a ‘kitchen infrastructure’, so Revolution Foods essentially acts as our district’s kitchen,” explained LeBarre.
She described San Francisco as one of the food meccas of the world, thereby highlighting the obscurity that its school districts could be so poorly equipped, before laying partial blame to a “woefully underfunded federal meal programme”.

“The pandemic has only worsened food insecurity,” Kirsten Saenz Tobey, Chief Impact Officer and Co-Founder of Revolution Foods, commented, “as we have seen a rise in job losses, homelessness and decreased mobility.”

The duo explained to New Food that schools under their care are regarded by the community as a reliable source of free, healthy food – with closures, that support was suddenly gone. As a result, SFUSD and Revolution Foods looked at ways to keep the supply chain intact throughout the pandemic; this involved not just delivering healthy, freshly prepared meals to children enrolled at the schools, but to all those in the community impacted by the virus.

Their combined efforts have seen over five million meals delivered to the San Francisco communities since March 2020.
LeBarre continued: “Within a month of lockdown being first imposed, we saw long lines for the food banks.

“We have so many families that live paycheck to paycheck, and yet we have so much food in this country. There is no reason that we should not be feeding every single child at school, free breakfast, lunch, snacks and supper. The current system is antiquated.”

“A child may not qualify for a free meal one week, but then a parent loses a job or has their hours reduced, and all of a sudden they have to fill out a set of forms for their kids to get meals,” elaborated Tobey.

But there is a glimmer of hope, suggested LeBarre, pointing to “promising signs” of change coming from the Biden Administration.

“The solution to food security goes beyond just food distribution and supply chains,” Tobey continued. “It’s about creating a stable ecosystem, whereby we don’t have people living on a razor’s edge, and where we have the support systems in place so that when someone loses their job or something terrible like a pandemic hits, it doesn’t throw families into a tailspin.”

LeBarre was in agreement, as she summed up the interview: “I’m hoping that we learn from this pandemic.”