Dr Debbie Parker discusses why sensory aspects are important and cracks the shell on what qualities make for a tasty vegan Easter egg. 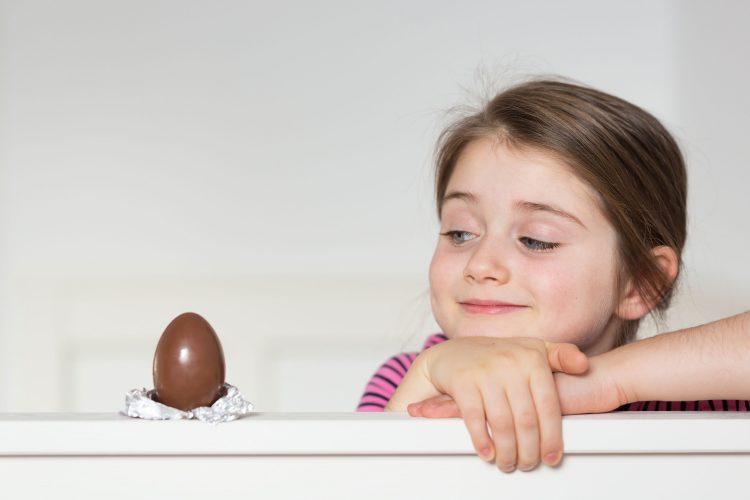 Q: Describe your role as a sensory expert

A: As sensory scientists, we understand that people respond to products both rationally and emotionally and that this response is based on the entire sensory experience, from sight to smell, taste and touch.

At Walnut [a research agency], we unearth the psychology behind people’s emotional attachment to products using behavioural and neuroscience. As a sensory scientist, however, it is my job to examine all aspects of the product’s sensory make-up, the unique characteristics that appeal to our senses.

The results we get from this approach is a purely objective sensory assessment and is a true reflection of what the products are really like. Deeper insight comes when we combine this data with consumer research, because then we can really understand what it is about the products that are driving liking, or even what consumers dislike.

For me, I love when I can trace specific sensory aspects of flavour or texture back to elements of the food composition. With my flavour science background, I understand the chemistry of how these attributes came to be there and can proffer recommendations for change, based on whether their presence is liked or not.

Q: Meat-free alternatives are on the rise, but can the same be said for the vegan chocolate category?

Although only two percent of the population are currently vegans, this number is rising as the trend for ethical consumerism grows. There is a strong correlation with veganism and openness to vegan products increasing with youth – Gen-Z adults are three times more likely to be vegans than the total population. With the anniversary of the COVID-19 pandemic, demand for sustainable, ethical food and drink is only going up and we expect to see this play out within all categories, including vegan chocolate.

Q: What is a ‘taste test’ and what do you specifically look/taste for?

A: Taste tests vary depending on what we need to know about the product. For example, if you wanted to know if a small change in a recipe affected the overall sensory experience of a product, then a simple taste test would provide an answer together with level of associated risk as to whether that change could be perceived by consumers.

If, however, you wanted to know how that change in recipe specifically affected the taste and mouthfeel of the product, then more sophisticated taste tests are used; these tests use the expert tasting panels that are trained to measure intensities of each individual sensory attribute which combine to give perceived taste, texture and mouthfeel. From these more detailed sensory results, we can compare the new product with the current one directly, and see exactly how any recipe changes have impacted on the sensory profile of the product. 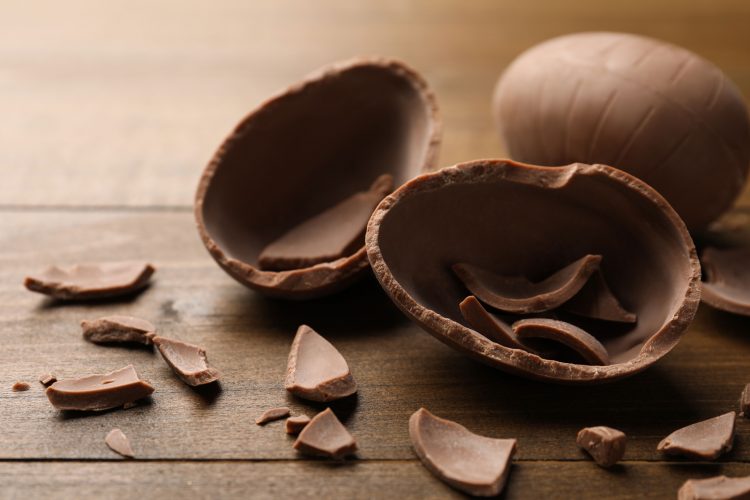 Q: What’s the secret behind creating the same chewiness/texture etc., with vegan vs. non-vegan?

A: Chocolate is made from cocoa powder and cocoa butter. Cocoa powder gives the rich colour and flavour we associate with chocolate, whereas the cocoa butter provides structure. Cocoa butter has an additional property; it is solid at room temperature and melts at body temperature, therefore, it is also responsible for that important ‘melt in the mouth’ experience that we love and expect from chocolate.

Chocolate can be made with just cocoa powder and cocoa butter, but the resulting texture is hard and brittle and the flavour astringent and bitter from tannins present in the chocolate powder (think of eating a very high cocoa percentage dark chocolate). Adding milk softens both the texture and flavour of this challenging chocolate. This is due to milk solids containing proteins, which combine with the tannins and reduce astringency and milk fats, which complement the flavour of cocoa butter and contributes to a creamier taste. The challenge for recipe developers is replicating these key sensory characteristics for texture and flavour of chocolate when substituting dairy milk with alternative vegetable oils.

In comparison to other vegetable oils, coconut and palm oil are also solid at room temperature and melt similar to, but not as well as, milk fat. Coconut butters and oils seem to be the preferred ingredient for dairy substitution in chocolate; and have the advantage of contributing to a sweeter flavour. Other oils can also be used, such a shea oil. Today, rice and maize flour and powder are also used as milk powder substitutes.

Q: How do non-vegan and vegan Easter eggs measure up in the taste test?

A: It is perhaps telling that many vegan Easter eggs currently available are dark or flavoured chocolate, eg, orange, strawberry, raspberry, caramel and sea salt etc., and this may be a means to enhance the lack of creaminess in flavour and texture that milk and cream would otherwise contribute.

Some vegan ‘alternative to milk chocolate’ eggs that were tested were noticeably harder and crumbled more on breaking than their milk counterparts. The chocolate was also less smooth and gritty to eat, and didn’t melt in the mouth as easily. In general, vegan eggs had a less recognisable ‘chocolatey’ aroma and flavour, and some eggs were also very sweet and had particular oily notes, which could be originating from some of the alternative ingredients to milk powder. However, overall, the manufacturers are happily rising to the challenge of vegan chocolate and most vegan eggs that were tried were an acceptable alternative to chocolate eggs containing dairy milk.

A: All brands gave an acceptable performance for flavour but, yes, the Divine dark vegan chocolate was the most notable for richness of flavour, smoothness and that all-important and indulgent melt in the mouth! 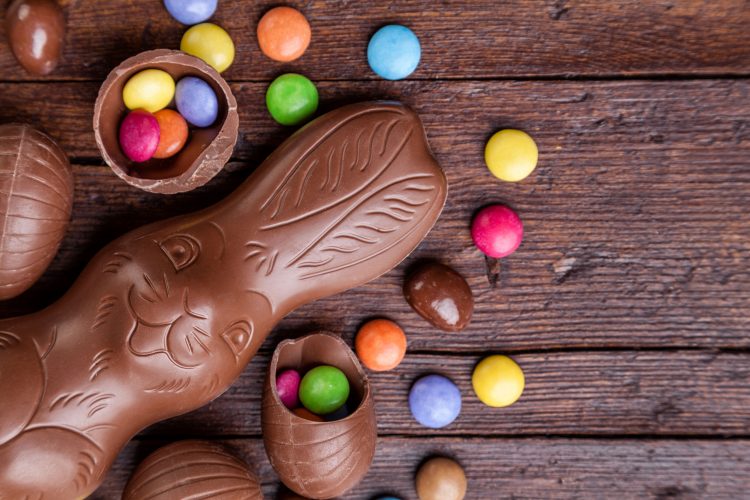 Q: Are there innovative techniques/tools/ingredients which are coming to fore in the vegan chocolate arena?

A: Vegan chocolate is expanding hugely in the variety of flavours and ingredients used. Alternative milks, such as oat milk and soy, are being used, as well as alternative plant and nut-based oils.

Flavoured chocolate, such as sea salt, caramel and orange are already frequent additions, but so are other ingredients seen as ‘natural’ and with added functional or health benefits, such as rose water, rosemary, beetroot and chocolate using other sugar sources (ie, not white sugar). There is even protein-packed chocolate aimed at the health-conscious and consumption for post-workout.

Q: Will vegan chocolate ever surpass traditional chocolate in popularity?

A: As long as flavour, texture and melt is acceptable, then customers may forego a slight lack of these special chocolate-related sensory aspects in favour of a higher cause and feel-good factor of doing the right thing, such as helping to preserve the environment. Even without milk, chocolate still contains those feel-good chemicals which affect the brain and body and make eating chocolate a pleasurable experience.

Q: Which kind of chocolate do you prefer?

A: Sensory scientists don’t confer preference – this word is not in their sensory lexicon! Saying that, the Divine dark chocolate egg was seriously indulgent!

Dr Debbie Parker is Head of Sensory at Walnut UNLIMITED, the human understanding agency. She is a sensory scientist with an honours’ degree in biochemistry, a post graduate certificate in sensory science and a doctorate in brewing science. She leads sensory panels in the assessment of all food, beverage and non-food projects to use sensory science to provide a complete understanding of brands. Debbie is also a certified trainer, a regular lecturer and presenter, and one of the UK’s few female beer sommeliers.

Using these skills, Debbie judges regularly at The Quality Awards and The Great British Beer Festival, and has led tutored tastings at the British Embassy in Stockholm and the European Parliament.  Debbie has provided expert opinion for Channel 4’s Food Unwrapped programme, BBC Radio’s 4 Food programme and the World Service. It is safe to say that Debbie knows her flavours. 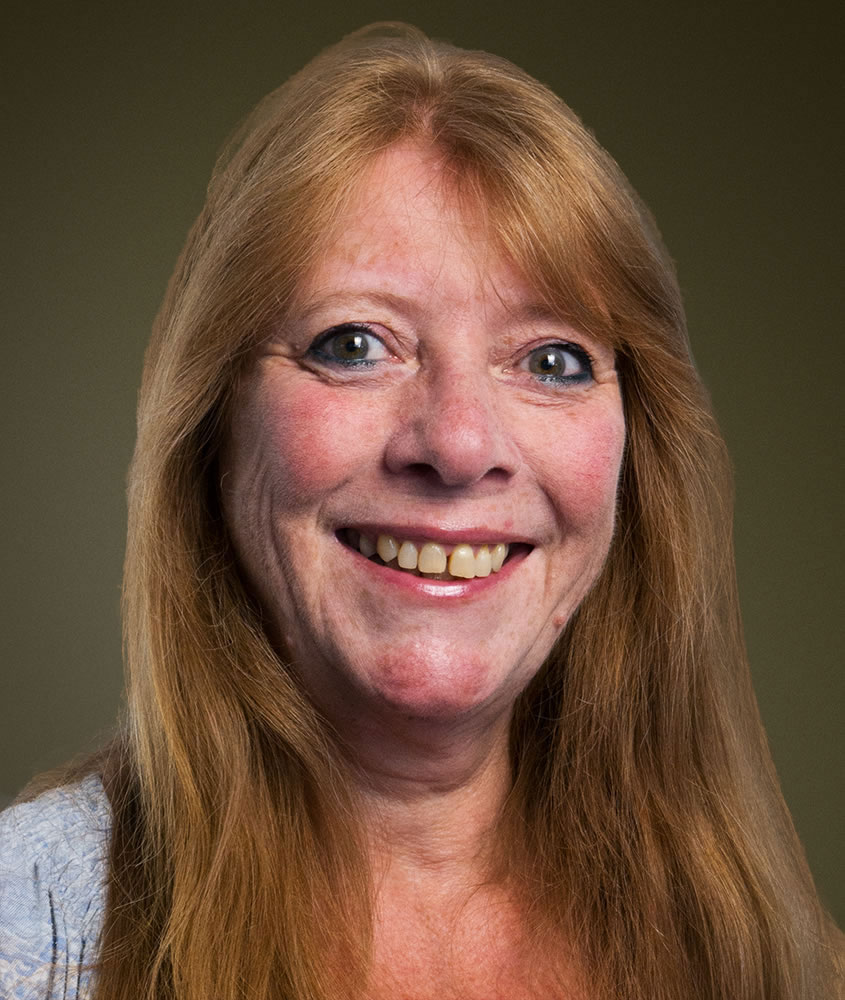