For many decades we have witnessed the increasing use of robots for end of line palletising tasks and, more recently, their successful roll out for secondary packaging operations. In this article, we explore whether the ‘Holy Grail’ for robotics in the food sector – namely, their use for primary food handling and packing – has finally come of age. 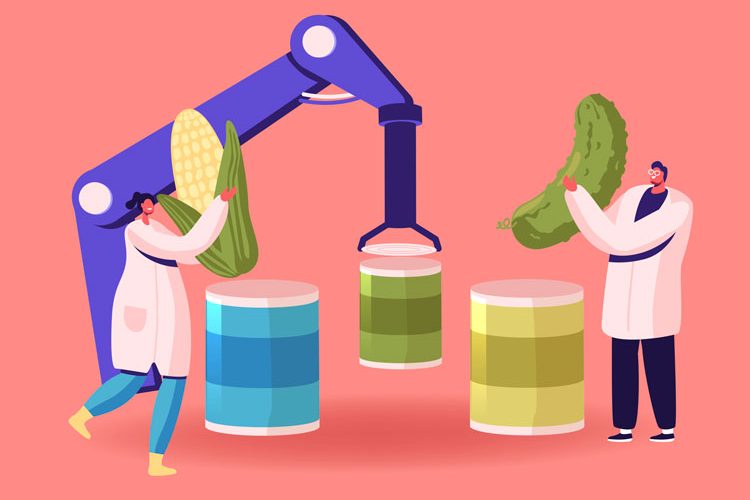 When it comes to primary food handling and packing tasks, the take up of robotics has been much slower than in other applications and this has been put down to a number of factors. In no particular order, these include lack of flexibility to handle differing product types and small batch runs, high capital costs, cleanliness of robots & suitability for high care operations, lack of on-site skills to programme or maintain robots, and so the list goes on.

Later in this article we will look at each of these so-called barriers to adoption in more detail, to see whether in 2020 these barriers are valid when it comes to robotics for food handling or are just a myth. Firstly, however, let us look at the benefit that the adoption of primary food handling robots would bring to food manufacturers.

The benefits of robotics for primary food handling

We must by now all be aware of the labour shortages facing many food manufacturers, which is forecast not only to continue but increase over the next decade. Primary handling and packing tasks are where the majority of labour is deployed within most manufacturing processes. Therefore, the adoption of robots to perform primary tasks would free up existing resources, some of whom could be retrained to perform other tasks such as line minders and quality inspectors.

The causes of concern

One of the major areas that causes concern when human resources are used for primary tasks is lack of product consistency or conformity. Robots are very precise and will assemble or handle a product in a very organised manner, thus improving the consistency or conformity of the finished product. There are even situations where programmes have been created to simulate a ‘hand finished’ look for an artisanal feel.

When automation is successfully deployed, ROI (return on investment) can be quick, due to increases in productivity and associated reduction in labour costs. The reason we use the words ‘successfully deployed’ is because many automation deployments aren’t particularly successful and often cause a drop in overall equipment effectiveness (OEE). However, the effects of this can be masked by the associated labour cost savings, unless OEE is measured both prior to and post installation. A truly ‘successful deployment’ is one in which OEE and line profitability are both improved.

One way to improve the chances of a successful deployment is to have a simulation prepared of the proposed automation, including a cycle time analysis, etc. There are, of course, several other ways to improve the chances of a successful deployment, including a well written scope of supply document, having a proof-of-principle budget to run pre-production trials on the riskiest areas of the automation, realistic timescales and budgets, a well-executed project plan, an experienced systems integrator, operator training before the automation reaches site, and so the list goes on.

Earlier we noted the oft-cited reasons for the lack of take-up for robotics for food handling and packing tasks; now let’s look at these in more detail.

One of the main reasons for this argument wasn’t the robot itself being incapable of handling different products, but rather the End Of Arm Tooling (EOAT), which wasn’t suitable for multiple products and took too long to change over. It is now possible to have fully automatic EOAT changeovers with no human intervention and these changeovers can be completed in less than a minute. It is also possible to have multiple EOATs being cleaned while they are not in use, which, for long product runs, can actually serve to increase productivity. It is also possible to programme the robot to handle multiple product types and therefore small batch runs prevent no barrier to robot uptake.

One of the major concerns often cited by food manufacturers is a reluctance to make the high initial capital provision for automation due to short contract lengths from their customers or large swings in seasonal orders leading to insecurity of revenue, which is more easily addressed through seasonal staff. This has possibly been one of the biggest barriers to robotic uptake and is now being addressed by schemes such as RaaS (Robots as a Service). These schemes allow the robotic cells’ upfront costs to be financed and then spread over a specific term, enabling the food manufacturer to pay a monthly cost, in a similar way to that of staff costs. These schemes have gained traction in the last few years and are now offered by some robot manufacturers.

Cleanliness of robots and suitability for a variety of environments

Several robot manufacturers have produced robots with the capability to be used in direct food handling applications, including high risk and high care environments. Special coatings that can withstand the vast majority of corrosive chemicals used in washdowns and internal arm pressurisation kits to prevent bacterial ingress even under medium-to-high pressure hosedowns, are just two such examples of this.

Another enhancement in recent times is the growth of the specialist EOAT providers who manufacture ‘food safe grippers’ and other tools for use with these specialist robots. Systems Integrators (SIs) who specialise in robotics for food handling will be able to advise on the correct robot and EOAT for your applications.

Lack of on-site skills to programme and maintain robots

It is of course true that years ago the programming of robots required specialist skills, and if something went wrong it invariably meant calling out an engineer. The robot manufacturers, realising that this was a barrier to uptake, have created many applications to enable site-based staff to be able to create and modify programmes and in some cases pick from a list of pre-programmed routines.

Despite the promotion of these ‘easy programming’ tools, they are mainly for simple repetitive tasks, so for intricate tasks, it is likely that you will still require the assistance of an experienced robotic systems integrator.

With regard to maintaining robots, there are various options now available to food manufacturers who do not have an experienced on-site team. These include remote machine monitoring and condition monitoring software that can be analysed by the system integrator and precise information given to the on-site team as to what actions are required. It can also use data, such as the number of hours the robot has been running to determine when parts should be replaced, or when performance of a certain part has started to drop off. The data can even be sent directly to certain ERP systems, which can then automatically order these wear parts, which can then trigger a diarised pre-planned event for an engineer to change the part, thus avoiding unnecessary downtime.

Of course, all this said, it is sensible to ensure that your systems integrator has an established service team that can respond quickly to your ongoing requirements.

With all things considered, it is clear that robots have come of age in terms of suitability for primary food handling tasks and the previous barriers to uptake have largely been removed. So, what steps should the food manufacturer take to ensure that their foray into primary handling robotics is a success? Select a systems integrator who understands not only the full range of available robot options but also the environment that the robot must operate in, as well as the requirements of all the other constituent parts required by the cell.

Laurence Wood has 12 years in the Robotics and Special Purpose Machinery industry, including four years working for a global robot manufacturer prior to joining LAC. 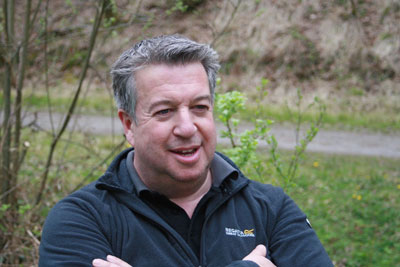