Dr Kaushik Banerjee and Professor Chris Elliott outline the perks of chromatography in the implementation of a comprehensive pesticide residue testing programme. 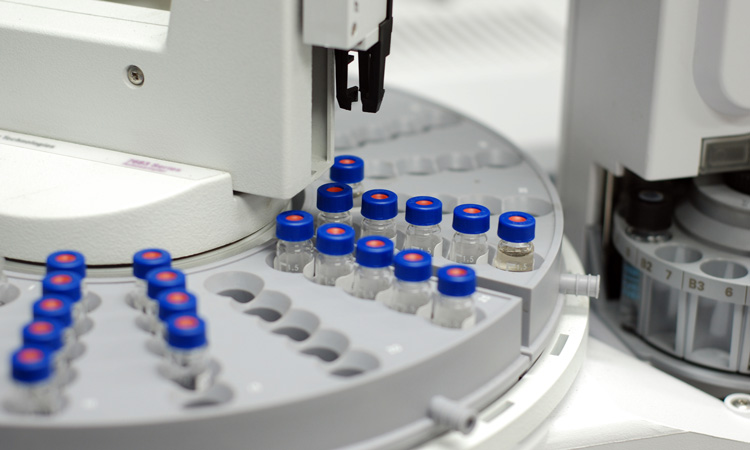 Chromatography is a technique that separates chemical compounds in a mixture. As a laboratory method, it is used in a variety of instrumentational techniques such as gas chromatography (GC) and high-performance liquid chromatography (HPLC).

A chromatographic system essentially comprises a stationary phase and a mobile phase. The injector port and the detector of a GC or HPLC instrument are connected through a column that contains the stationary phase liquid. When subjected to chromatographic analysis, a sample extract containing a mixture of compounds has its components transported by the mobile phase solvents through the column from the injector to the detector end. During this process, the compounds in the mixture get separated from each other upon interaction with the stationary phase liquid.

Pesticide residues and their sources in food

Pesticides are an important feature of modern agriculture. Pesticides predominantly include organic compounds that are applied to control insect pests, fungal diseases, weeds, nematodes, bacterial infections, etc, which often cause economic loss to a crop or deterioration of its quality. Besides direct application, the residues of a pesticide in a particular commodity might also occur through spray drift from adjoining crop fields, contamination in soils and various agro-inputs such as manures, fertilisers and irrigation water, to name just a few.

The need to feed the ever-expanding global population in a changing climate has led to an increased use of pesticides to produce the desired crop yield. Pesticides are intrinsically toxic and can cause severe acute and chronic health effects in humans, when consumed. Therefore, it is important to monitor pesticide residues in agricultural and food commodities and assess the risk of toxicity before they are made available for consumption.

Pesticides are an important feature of modern agriculture.

When a pesticide is applied to a crop field, a fraction of it will be adsorbed on the plant surface, which eventually penetrates and contaminates the commodity matrices such as fruits, vegetables, cereal grains, etc. The residues of a pesticide degrade over time to relatively less-toxic metabolites on exposure to physico‑chemical agents (eg sunlight, heat, humidity, chemical agents in the atmosphere, etc) and interaction with biological factors (eg, enzymes, microbial metabolism, etc). Generally, the time required for degradation of a pesticide to a non-detectable level or non-toxic metabolites varies depending on the chemical nature of a compound and its susceptibility to various degrading factors. If a crop is harvested before a safe waiting period has elapsed, its analysis might result in the detection of residues beyond a certain concentration, and this could be toxic to human and animal health.

To regulate pesticide residues in a commodity, several national and international regulatory agencies prescribe maximum residue limits (MRL), which are specific to particular commodity-pesticide combinations. When pesticide residues are found below the MRLs in a sample, it is declared fit for human consumption. In case risk assessment based MRL is not available, the residue of a pesticide in a sample is mostly regulated at its limit of quantification of 0.01 mg/kg, which is considered as a default MRL.1

Risk assessment for consumers: which pesticide residues to monitor?

Considering the direct and indirect sources of contaminations, a residue monitoring programme is expected to target the detection of as many pesticides as possible. This target list has evolved from including the pesticides that are officially permitted in a particular crop, to patterns of pesticide usage by farmers in the region, and any detection reported on previous monitoring of domestic and export samples. In addition, as a statutory requirement, the residues of banned and restricted-use pesticides should always be monitored in each sample. Thus, a comprehensive risk assessment programme will target residue monitoring of many hundreds of pesticides.

What are the problems encountered in residue analysis?

How chromatography can help…

The chromatographic process helps separate the compounds in a mixture over time, which, in turn, facilitates their detection on an individual basis. Each pesticide elutes from the GC or HPLC column after a particular period, which is termed the retention time (RT).

RT is a compound-specific parameter, which is measured using a certified reference standard. The signals in a sample are compared with the standards within a tolerance limit of ± 0.1 minute for identification of pesticide residues. A multiresidue chromatographic run of GC analysis for pesticides typically requires 30-40 minutes. In HPLC, the time requirement is relatively less: usually 15-20 minutes. 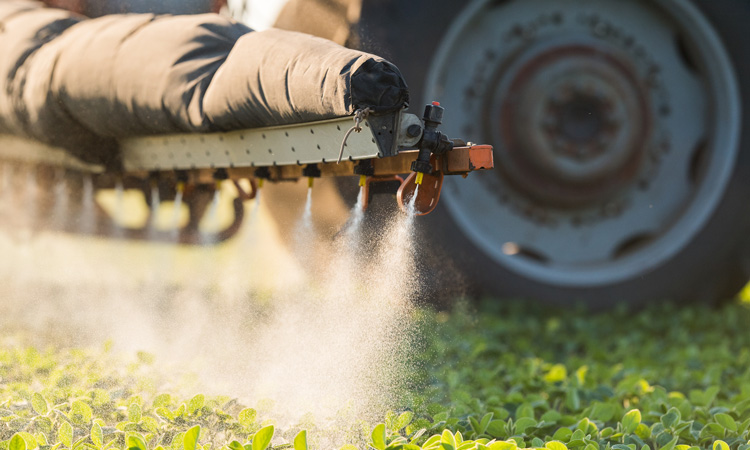 Pesticides are important in agricultural use, but the residues that remain in our food must be tested and measured

Combination of mass spectrometry is essential

Although applications of many types of detectors based on GC and HPLC are reported for pesticide residue analysis, the regulatory guidelines, such as SANTE/12682/2019, require confirmation of identity of a pesticide based on mass selective detection, wherein a pesticide is identified from its molecular mass and characteristic fragment ions. In most cases, a triple quadrupole mass spectrometer is used for this purpose, where each pesticide is identified on the basis of a compound-specific combination of precursor and fragment ions.

In the field of chromatography research, ongoing efforts are being applied to target high-throughput analysis of polar pesticides by a single multi‑residue method.

This technique provides a high degree of selectivity and facilitates targeted identification of each compound in a mixture with sufficient confirmation. Therefore, if a comprehensive list of pesticides is included for monitoring purposes, a triple quadrupole mass spectrometer attached to GC (GC-MS/MS) or LC (LC-MS/MS) platforms can identify and quantify their residues with high selectivity and sensitivity. In both cases, current market instruments can easily achieve a limit of quantification at or below 0.01mg/kg for all pesticides in most commodity matrices.

In the case of non-target screening, which is mostly relevant for import and market samples with unknown traceability and a history of pesticide applications, the samples are analysed using a high-resolution mass spectrometer (HRMS). In this scenario, once a sample is acquired in GC- or LC-HRMS, the data file is processed using a comprehensive compound identification software solution, linked to databases that comprise compound-specific accurate mass information. The regulatory criteria of analytical quality control prescribe certain standard method performance requirements for mass spectrometric confirmation that must be followed, before reporting any pesticide residues present in a sample.

How much time does pesticide residue analysis take?

The time it takes to perform an analysis of pesticide residue depends on how many pesticides are targeted. In a typical situation of multiresidue analysis, one person can analyse 25-30 samples a day. However, if a sample requires testing for polar pesticides, there may be separate protocols to follow. For example, the analysis of herbicides such as glyphosate and paraquat usually requires two separate methods. Similarly, the fungicides dinocap and dithiocarbamates are tested following two separate procedures. Considering these intricacies, thorough residue analyses of a sample will require three to four days to complete.

In the field of chromatography research, ongoing efforts are being applied to target high-throughput analysis of polar pesticides by a single multi-residue method. The emerging column chemistries demonstrate enhanced retention of highly polar pesticides with a possibility of accommodating multi-class compounds with broad scopes of pH and polarity. This would further enhance throughput and cost-effectiveness. 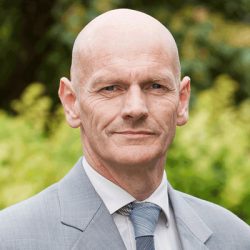 Professor Chris Elliott is currently Professor of Food Safety and Director of the Institute for Global Food Security at Queen’s University Belfast. He has published around 300 peer-reviewed articles, many of which relate to the detection and control of agriculture, food and environmental related contaminants. His main research interests are in the development of innovative techniques to provide early warning of toxin threats across the agri-food chains. Chris led the independent review of Britain’s food system following the 2013 horsemeat scandal and is a member of the New Food Advisory Board. 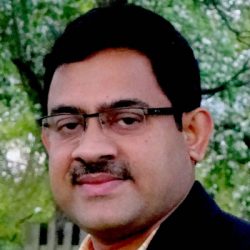 Dr Kaushik Banerjee is a Principal Scientist from the ICAR-National Research Centre for Grapes, Pune, India. He is the 2017 Harvey W. Wiley awardee, (the topmost scientific award of the AOAC INTERNTIONAL) for his contributions to analytical sciences in relation to food safety. He is a Fellow of the Indian National Academy of Agricultural Sciences (FNAAS) and the Royal Society of Chemistry (FRSC, UK), and the current Chairman of the India section of AOAC INTERNATIONAL. As a member of the Food Safety Standards Authority of India’s Scientific Panels and Working Groups on ‘Pesticide Residues’ and ‘Methods of Sampling and Analysis’, he regularly contributes to the development and implementation of food safety standards in India. His area of research focuses on the development of efficient analysis methods for the sensitive and confirmatory estimation of contaminant residues in agricultural and food matrices, and risk assessment studies for fixation of crop-specific maximum residue limits. Kaushik is also pursuing research on the profiling of plant metabolites of neutraceutical potential using high-resolution mass spectrometry.