An honest conversation on veganism with Heather Mills 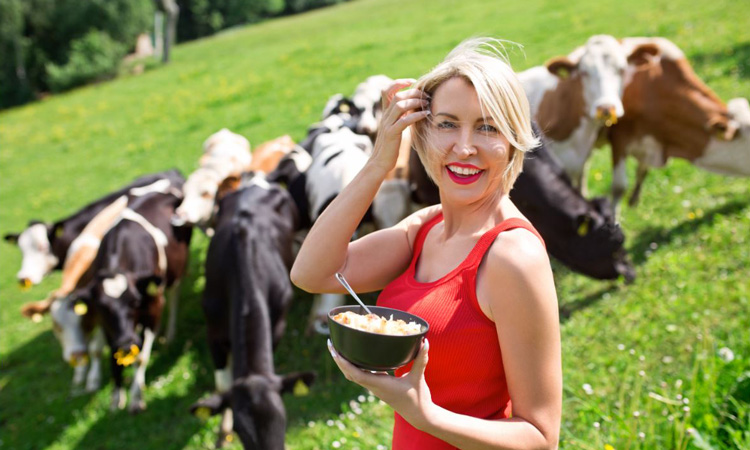 “After losing my leg in 1993, I was told I had to go vegan,” Heather Mills, Founder and Owner of vegan brand, VBites, revealed. At the time, veganism was virtually unheard of, most people could not even comprehend the concept or its reasonings, Mills told New Food.

The advice to go vegan was given to Mills as a way to help heal the infection in her leg created by a road traffic amputation. “There’s always an extreme reason for going vegan; it’s usually for health, animals or the planet. For me, it was health initially,” she said. “Back then I didn’t know anything about animal cruelty or the environmental problems, I just thought, ‘well, I’ll try anything to improve my health’. My diet started to include things like raw wheatgrass, ingredients that were entirely new to my palette, and within two weeks, my leg had healed.”

After deciding to remain a vegan, Mills described becoming more and more frustrated with the lack of choice available on the market. She decided to take things into her own hands, going onto study food science and eventually replicating meat products such as burgers and hotdogs using plant-based ingredients.

Mills had 130 recipes by the end and started to approach large-scale companies around the world in an attempt to demonstrate that she could replicate their products “without even thinking about animals”.

Now it’s proving to be big business, the big players all want to step in and take a piece of the vegan pie

In early 2000, she told New Food that she almost came to an agreement with McDonalds but was informed the move to plant-based was “too early”. It was this that inspired her to open her own cafes, start producing products herself and invest in a factory.

“I decided I had to go big or go home; I knew that the conglomerates would finally wake up to the plant-based movement. I was also sure that they would not invest quickly enough to have plant-based only facilities.”

Mills went on to purchase a number of factories from the likes of Walkers/Pepsi-Cola and Coty. Today she has four different factories, one of which is an allergen-free environment to ensure no cross-contamination.

There’s always an extreme reason for going vegan; it’s usually for health, animals or the planet. For me, it was health initially.

“Our facilities have always been 100 percent plant-based, but unfortunately not everyone that goes into vegan manufacturing actually cares about being vegan for the right reasons. They’re just looking at it as profit,” Mills contended.

“In my opinion, the only reason for the plant-based boom is money. Now it’s proving to be big business, the big players all want to step in and take a piece of the vegan pie. Some of them have left it a bit late, and we have had to help out.”

Although industry is witnessing a plant-based market boom, Mills said the vegan uptake is still not high enough. She vented her frustration over those who say ‘I can’t go vegan’ because it is now easy due to the now diverse range of great products available, such as the likes of VBites. 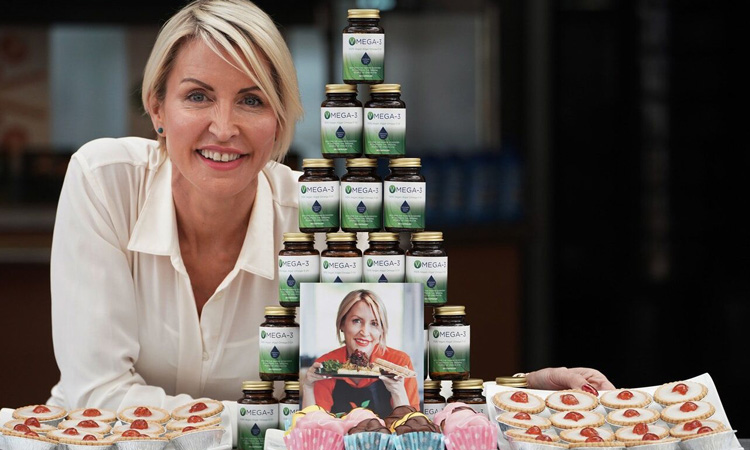 Mills also voiced her pride over VBites’ focus on attaining local procurement. “We want to make each country sufficient on the plants that they have within their own countries,” she said, “and for those without plants, we have developed algae that we can make into supplements and then the biomass into products. The protein isolate will become the future of all plant-based product because you don’t need to procure internationally. You can grow it anywhere, in any country.”

“If everyone ate algae, it would take three years for world starvation to be eliminated,” she continued. “The answers are there, it’s just the greed of the big corporations that don’t want to give simple solutions that is causing delay. They want to control the market.”

She continued, “We have been duped for so long with milk, being told it’s good for us and full of calcium, but we haven’t been told it’s full of antibiotics. We haven’t been told it depletes more calcium from our bones than we actually have, which is why countries that do not drink milk do not have the same osteoporosis and brittle bone problems we have in the UK.”

If everyone ate algae, it would take three years for world starvation to be eliminate.

To normalise veganism, Mills states that stakeholders at every level must collaborate. “It is about education and sharing knowledge and experience. The people that annoy me the most are the ‘hierarchy vegans’, who basically were not vegan but suddenly discovered veganism as a trend and are now judgemental and critical to the people that haven’t yet educated themselves, for one reason or another. Life is not just about being vegan, unfortunately.

“We can educate people by holding their hand, and not slapping them in the face for doing the wrong thing.

“If people are actively researching how to move to plant-based alternatives in a way that is best suited to them to stick to it as an individual, any changes are better than none and are making a huge difference to the animals, the environment, and to everything else.” While consumers can educate themselves and their peers, Mills explained that the entire industry supply chain also has a responsibility to ensure that every step of a food product’s journey is completed in a way that is as optimal to the environment as possible. “It’s got to start from the origin supply chain into manufacturing, and then into the supermarket,” she said. “The supermarkets squeeze the farmers and the manufacturers so much that they are the only one stopping everything from being plastic free. All the technology is there, all the machinery is there; the consumer can still get food for a good price and the ethical ones are willing to pay a few pennies more. But right now, the pressure is all on farmers, manufacturers and consumers. The supermarkets are the ones making the humongous margins, while they shout out ‘we plan to go plastic free by 2030’”, she contended.

“I have seen so many companies go under recently because of statements like that and then others that are new and excited to be working with a big supermarket… then that supermarket dumps them. I have saved about five families through some horrific treatment of certain stores, where they had been supplying supermarkets for 10 years and then they just de-listed them with two weeks’ notice.”

Mills believes veganism to have a prosperous future ahead and predicts ingredient innovation goes hand-in-hand with this increased uptake.

“It will move in this order: soy first, pea protein second, and then coconut..It will then move forward with more advanced technology into mushroom based products, then oat-based and finally algae.”

Mills was optimistic of algae’s future, envisaging it to be the next big thing. “It’s literally the most ethical, sustainable and incredible product that we can use to make meat, fish and dairy alternatives. I am positive we are going to see much more of algae – and very soon.” 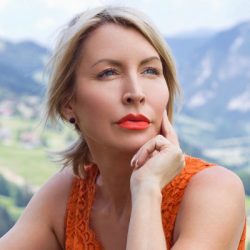 Heather Mills is the Founder of the plant based ethical Vegan food company VBites. She has encountered an unusual life of extraordinary circumstances. In 1993 Heather suffered the loss of her left leg below the knee due to an accident. To save her amputated leg from constant infection she went on a plant-based diet and subsequently created the pioneering international plant based ethical Vegan food company, VBites, which now exports to 24 countries, offers 130 plant-based products and has won 80 awards.