Researchers have looked at the genomes of watermelons, creating a resource that could help plant breeders increase the fruit’s quality and ability to thrive during an era of climate change. 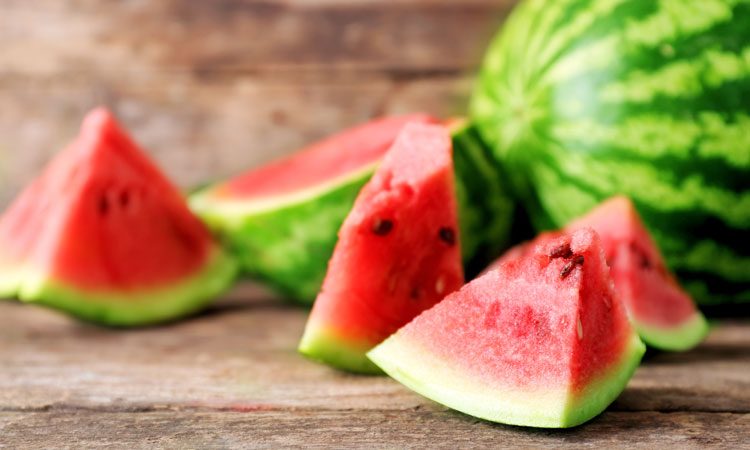 An international team of researchers has taken a comprehensive look at the genomes of all seven species of watermelon, creating a resource that could help plant breeders find wild watermelon genes that provide resistance to pests, diseases, drought and other hardships, and further improve fruit quality.

Introducing these genes into cultivated watermelon could yield high-quality sweet watermelons that are able to grow in more diverse climates, which will be especially important as climate change increasingly challenges farmers, the researchers said.

“As humans domesticated watermelon over the past 4,000 years, they selected fruit that were red, sweet and less bitter,” said Zhangjun Fei, a faculty member at Boyce Thompson Institute (BTI) and co-leader of the research. “Unfortunately, as people made watermelons sweeter and redder, the fruit lost some abilities to resist diseases and other types of stresses.”

The researchers also uncovered regions of the watermelon genome that could be mined to continue improving fruit quality, such as by making them bigger, sweeter and crispier.

“The sweet watermelon has a very narrow genetic base,” added Amnon Levi, a research geneticist and watermelon breeder at the US Department of Agriculture, Agricultural Research Service, US Vegetable Laboratory in South Carolina and co-author of the paper. “But there is wide genetic diversity among the wild species, which gives them great potential to contain genes that provide them tolerance to pests and environmental stresses.

“Watermelon is susceptible to many tropical diseases and pests, whose ranges are expected to continue to expand along with climate change,” Levi continued. “We want to see if we can bring back some of these wild disease resistance genes that were lost during domestication.”

The research was published in Nature Genetics.