Chinese parents want baby formula full of nutrients and are prepared to pay for it, says report

A survey has shown that Chinese parents prefer baby formula milk to be of good quality and full of nutrients, regardless of an increase in prices. 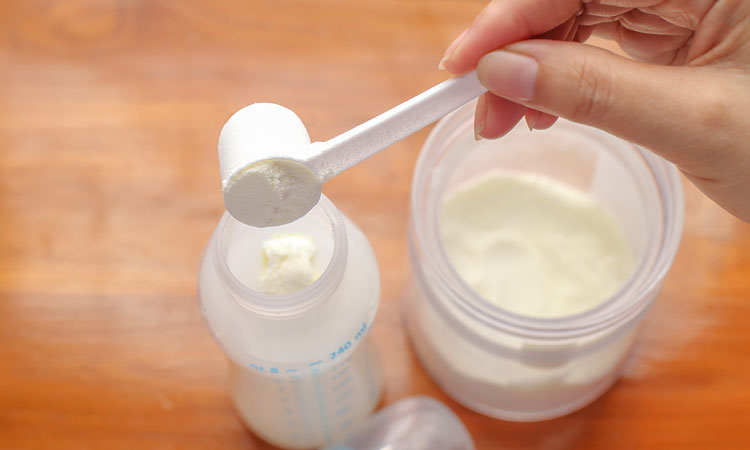 Chinese parents care much more about the quality and nutritional value of infant formula than its price, recent research shows.

All fed their children with infant formula, either exclusively or in combination with breastfeeding. Nearly three in five (59 per cent) named nutritional value as one of the two factors most important to them when choosing formula, while 45 per cent chose quality and 39 per cent chose safety. Only six per cent said price was an important factor.

The survey shows that many Chinese parents are prepared to shop around to find high-quality products. Eight in ten (80 per cent) of the respondents (all of whom lived in major cities and had a joint income above the national average) said they had tried at least two different formulas, with 38 per cent trying at least three.

The most common reasons for switching products were that another formula offered higher quality (75 per cent) and concerns about safety (74 per cent). By far the most common source of information was the internet: 71 per cent of parents searched online before deciding on a product, compared to 49 per cent who consulted friends and 27 per cent who sought the advice of a doctor.

Dr Sigalit Zchut, Clinical Marketing Manager for Advanced Lipids, said: “Our research shows clearly that Chinese formula consumers are highly quality-focused. They want the very best for their children and are prepared to shop around to find products that offer safety and the best possible nutritional value. Furthermore, they’re prepared to pay for the best, with very few buying decisions influenced by price.”

The parents were much more likely to prefer to buy formula products manufactured overseas than in China (82 per cent compared with 18 per cent). However, country of origin was not a significant driver of product choice, with only 2 per cent of respondents considering it one of the most important factors when choosing a formula.

Ronald van der Knaap, CEO of Advanced Lipids, added: “After well publicised concerns about the safety of some Chinese formula brands, many consumers turned to formula manufactured overseas.  However, it’s interesting to note that country of origin is itself not a big driver of product choice. It’s not enough for Chinese consumers that a product comes from overseas – it has to offer high quality.”