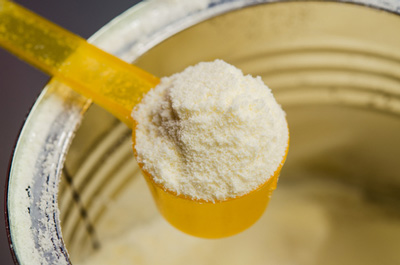 A group of 12 people accused of making and selling fake branded baby milk powder in what could be the biggest milk formula scandal in a decade in China went on trial in Shanghai today (27th March). The case was first brought to light by the government’s food safety watchdog after complaints by the US-baby milk powder producer Abbott, which was a victim of the fakes.

The case comes after the outcry in 2008 when at least six children died after some producers for the Sanlu Group were found to have added melamine to their products to make it look like watered-down milk was high in protein.

The scandal shattered Chinese public confidence in domestic milk powder products and drove them to look for imported alternatives, including buying up supplies in Hong Kong.

The group on trial in Shanghai, headed by Chen Mingjiang and Pan Xingbing who had years of experience in selling milk powder, are accused of buying low-grade milk powder and repackaging it as famous brands, according to the State Council’s food safety office.

They allegedly began to purchase lower-grade, domestically-produced products from Beingmate in 2014 and then repackaged them as more expensive products from the same firm.

They started to blend cheap domestic and foreign milk powders in forged tins branded as produced by Abbott, the following year.

The gang was busted by Shanghai police in September 2015 after Abbott reported the case to the authorities.

The investigation attracted nationwide attention after China’s food safety watchdog made it public at a press conference in April last year.

An employee at the Shanghai court told the South China Morning Post many residents had applied to attend the hearing on Monday.

The Shanghai Institute of Quality Inspection and Technical Research checked the fake branded milk powder for the police and found it was up to China’s national baby milk powder standards and would not damage children’s health.

Producing and selling forged products if the sales turnover is over 2 million yuan (US$290,000) can lead to life imprisonment in serious cases, under Chinese law.