Research has suggested that prescribed burning may not be as damaging as previously thought, and could protect against more severe ecosystem damage. 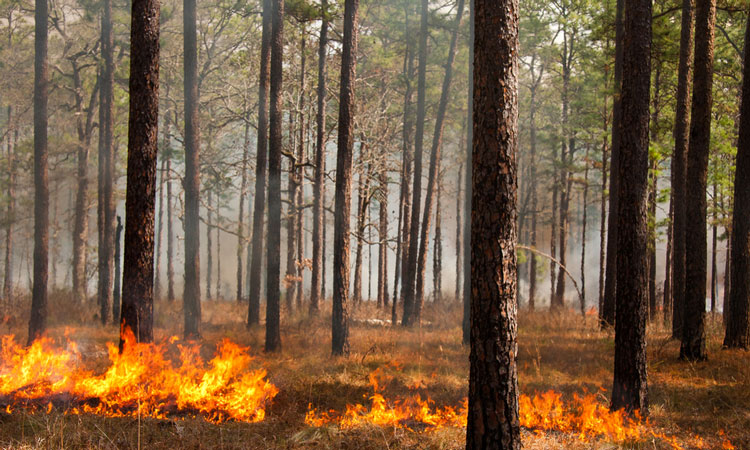 Research conducted by the University of Liverpool has found that prescribed burning, a controversial technique where fires are intentionally used to manage vegetation, is not as damaging to peat growth as previously thought if carried out on a sensible rotation, and can produce several positive outcomes.

In a study published in Nature Geoscience, scientists analysed data from a long-term ecological experiment at Moor House National Nature Reserve which contained areas of moorland that only been burned in 1954, or since 1954 had burned either every ten or every twenty years. These were compared with “control” areas unburned since the 1920s.

Analysis of changes in vegetation composition, led by Emeritus Professor Rob Marrs from the University’s Department of Earth, Oceans & Ecological Sciences, found that the areas which hadn’t been subjected to any prescribed burns were dominated by heather, and other low-level, peat-forming species, and contained less good peat-forming species such as Sphagnum mosses and cotton grasses.

Prof Chiverrell said: “This is first time that stratigraphical techniques have been used within the structure of a designed experiment. Our data show only limited reduction of peat and carbon accumulation with increased burning treatments. Crucially, there was continued peat and carbon accumulation even in the areas that had undergone the regime of most frequent burning.”

The researchers also modelled the effects of these experimental prescribed burning treatments on potential damage caused by severe wildfires, and predicted that prescribed burning on rotation in some areas would reduce fire fuel loads (the amount of flammable material available to be burned in a fire), protect against more severe ecosystem damage, allow better access for fighting wildfires and promote faster recovery post-wildfire.

Prescribed burning is a technique used throughout the world however its use, especially on peatlands in Britain, is contentious. It has been thought by many involved in peatland conservation that prescribed burning stops peat growth, reduces carbon capture, increases coloration in water and reduces the amount of peat-forming species especially Sphagnum mosses and cotton grass.

Prof Marrs said: “The research, which was truly interdisciplinary and combined several scientific approaches, centred on a long-term, replicated experiment at Moor House National Nature Reserve. As part of that experiment the moorland was subjected to four burning treatments to determine the change in composition of the main species. The value of long-term experiments is that they allow new hypotheses can be tested which were unforeseen at the start,

“Our study produced surprising results that are the opposite of what many conservationists had previously thought. It showed that the areas which had not been burnt since 1954 ended up with more heather and less peat forming species but the most frequently burned treatment had more of these species and did not stop carbon accumulation. We advise that prescribed burning be used in some areas within a moorland management plan to minimise fuel loads.

“This work is unique because it uses stratigraphical methods, usually used to measure change over millennia, to assess recent environmental changes within a relatively long-term manipulative field experiment.”