Thousands of wild plants are poorly protected, according to new research, with only less than 3 per cent of 7,000 evaluated species being ‘low priority’. 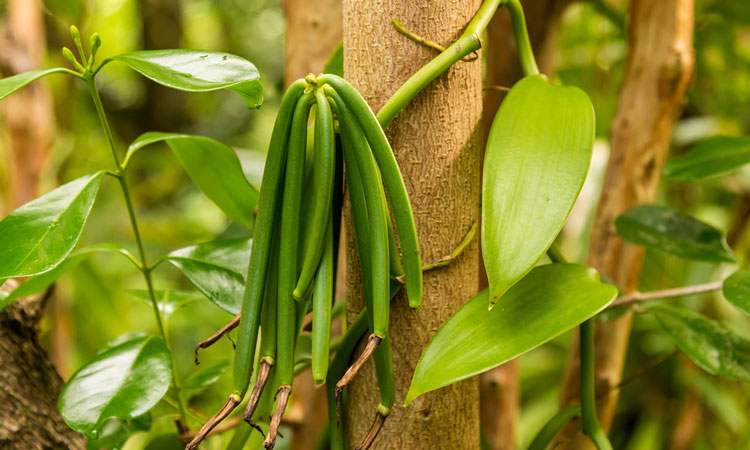 Headlines about threatened plant species often focus on hardwood plundered from the Amazon or obscure plants known only to specialised botanists. A new way of measuring plant conservation shows that a wide range of wild plants used for food, medicine, shelter, fuel, livestock forage and other valuable purposes are at risk. These include wild populations of firs used for Christmas trees, the original types of kitchen-cupboard staples like vanilla, chamomile, cacao and cinnamon, wild relatives of crops like coffee, and non-cultivated plants used by bees to make honey.

The indicator finds that less than 3 per cent of the 7,000 evaluated species are presently classified as “low priority” or “sufficiently conserved.” This is worrying, say the authors of the study, since the indicator was designed to measure countries’ progress toward ambitious conservation goals that are supposed to be met by 2020, including the Convention on Biological Diversity Aichi Target 13 and Sustainable Development Goal 2.5.

“This indicator underscores the urgency to protect the world’s useful wild plants,” said Colin Khoury, the study’s lead author and a biodiversity specialist at the International Center for Tropical Agriculture (CIAT), a global research organisation based in Colombia. “The indicator not only helps us measure where countries and the world stand with regard to safeguarding this natural and cultural heritage, but it provides actual information per species that can be used to take action to improve their conservation status.”

The indicator was developed by CIAT in collaboration with the Global Crop Diversity Trust, the US Department of Agriculture, and a number of universities and conservation organisations.

The Useful Plants Indicator scores almost 7,000 useful wild plants from 220 countries on a scale of 1-100, with 100 meaning fully protected. Any plant rated 75 or higher is “sufficiently conserved.” Low, medium and high priority for conservation is reflected by scores of 74-50, 49-25 and 24-0, respectively. The indicator equally weighs in situ plant conservation – in protected areas like national parks – and ex situ conservation, which covers plants safeguarded in gene banks, botanical gardens and other conservation repositories.

The full findings of the study will be published in the journal Ecological Indicators in March 2019. An online version of the study was published in November and a digital Useful Plants Indicator to explore the results was launched by CIAT. The Biodiversity Indicators Partnership of the Convention on Biological Diversity is considering adopting the indicator as a tool to measure progress toward the Aichi Targets.

Coffea liberica, a wild coffee plant that used to make a caffeinated brew in parts of Africa and sought by coffee breeders for its disease resistance, scores only 32.3 out of 100 on the indicator. The wild ancestor of the connoisseur’s preferred bean, C. arabica, does not fare much better, scoring 33.8. Of the 32 coffee species listed, none scores higher than 35.3. Of those, more than two thirds have no known viable genetic material stored in gene banks or other repositories.

Other wild species of note:

Most, but not all, of these plants are weighed down to their lack of ex situ conservation, said Khoury.

Researchers expected lower results for plants in natural settings, which makes the 40.7 average in situ score surprising, said Khoury. They cautioned, however, that relying on plant preservation strictly in natural protected areas is no longer a sure bet. Rapid climate change can force species to shift ranges beyond park borders and the edges of many protected areas are subjected to unchecked habitat destruction.

“The indicator shows that the network of protected areas around the world is doing something significant for useful plants,” Khoury said. “But if we want to get serious about protecting these species, especially the ones that are vulnerable, we have a long way to go before they are fully protected.”

How is your country conserving?

The impetus to build the indicator came from international agreements to conserve the thousands of wild plants that provide valuable ecosystem and cultural services to humanity. These include the Convention on Biological Diversity, in particular the Biodiversity Indicators Partnership (BIP) project “Mind the Gap,” which funded the project to produce the indicator for Aichi Target 13, as well as the United Nations’ Sustainable Development Goals and the International Treaty on Plant Genetic Resources for Food and Agriculture. Some call for fully safeguarding this plant biodiversity by the end of this decade.

The indicator draws from some 43 million plant records from almost every country on Earth. The combined indicator (both in situ and ex situ) shows that the world’s top useful wild plant conservationists are South Korea, Botswana, and Chile.

Regional in situ conservation scores are highest in Northern Europe, which scores almost 90 out of 100 as a region. For the world’s centres of biodiversity, South America’s northern countries (Colombia, 72.9; Venezuela 78.9; Ecuador 70.6) and Central America’s Panama (76) and Costa Rica (75.7) are among the leaders for conservation of the evaluated plants in natural settings. China (26.3), India (24.3) and Southeast Asia (19.8) have some of the lowest regional in situconservation scores.

“In a time of worrying global biodiversity loss, the indicator has the potential to encourage conservationists and policymakers to keep tabs on useful wild plant species and to increase efforts to conserve them in situ and in living repositories like gene banks and botanical gardens,” Khoury said.