University of São Paulo researchers from Brazil have found that various species of Salmonella are resistant to different classes of antibiotics. 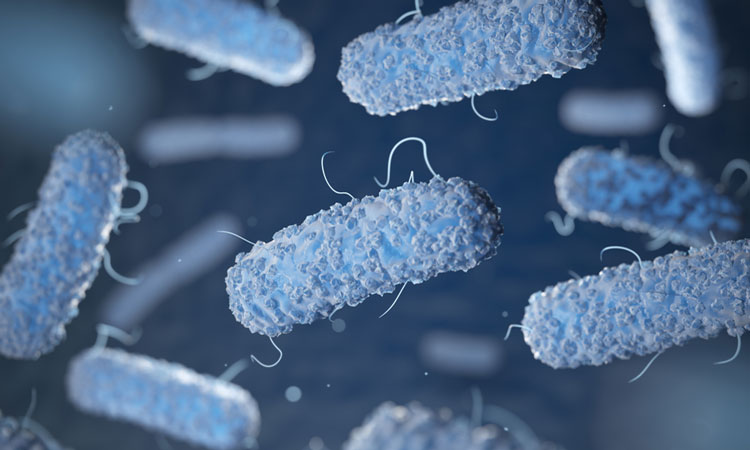 Brazil’s Ministry of Health received reports of 11,524 outbreaks of foodborne diseases between 2000 and 2015, with 219,909 individuals falling sick and 167 dying from the diseases in question. Bacteria caused most outbreaks of such illnesses, including diarrhea and gastroenteritis. The most frequent were Salmonella spp., with 31,700 cases diagnosed in the period (14.4 per cent of the total), Staphylococcus aureus (7.4 per cent), and Escherichia coli (6.1per cent).

According to a survey by the Ministry of Social Development, bacteria of the genus Salmonella were the etiological agents in 42.5 per cent of the laboratory-confirmed foodborne disease outbreaks reported in Brazil between 1999 and 2009.

Whole-genome sequencing of the main bacteria that cause acute diarrhea is the research focus for a group at the University of São Paulo led by Dr Juliana Pfrimer Falcão, a professor at the university’s Ribeirão Preto School of Pharmaceutical Sciences (FCFRP-USP).

In an article published in PLOS ONE, biomedical scientists Amanda Aparecida Seribelli and Fernanda Almeida, who belong to Falcão’s lab, describe how they sequenced and investigated the genomes of 90 strains of a specific serovar of Salmonella enterica known as S. Typhimurium.

The 90 strains were isolated at Adolfo Lutz Institute in Ribeirão Preto (São Paulo State, Brazil) and Oswaldo Cruz Foundation (Fiocruz) in Rio de Janeiro. They provide a portrait of the epidemiology of salmonellosis in Brazil in the last 30 years, coming from all regions of the country and having been collected from patients with foodborne infections or from contaminated food such as poultry, pork, or lettuce and other vegetables.

When the action of antibiotics in each of the 90 strains was tested, it was discovered that the vast majority were resistant to different classes of antibiotics that are part of the arsenal of medicine. The study also identified 39 genes responsible for resistance to antibiotics.

Researchers affiliated with Fiocruz, São Paulo State University’s School of Agrarian and Veterinary Sciences (FCAV-UNESP) and Adolfo Lutz Institute participated in the study. The 90 strains of S. Typhimurium were sequenced at the United States Food and Drug Administration (FDA) during Almeida’s doctoral stay.

The comparative analysis of the genomes, transcriptomes, and phenotypes of S. Typhimuriumstrains isolated from humans and food in Brazil was supported by São Paulo Research Foundation – FAPESP, the FDA, and the Ministry of Education’s Office for Faculty Development (CAPES).

Salmonella comprises two species, S. bongori and S. enterica. The latter is the type species, with a large number of subspecies and serovars that cause more foodborne infections than any other species in Brazil and worldwide. The human and animal intestinal tract is the main natural reservoir for this pathogen, with poultry, pork and related food products serving as major transmission vectors.

The six subspecies of S. enterica are subdivided into 2,600 serovars. A serovar (short for serological variant) is a distinct variation within a species of bacteria or virus characterised by having the same number of specific surface antigens.

The most important subspecies of S. enterica from the epidemiological standpoint is S. entericasubspecies enterica, which causes the foodborne infection known as salmonellosis. The symptoms are diarrhea, fever, stomach cramps, and vomiting.

S. enterica subsp. enterica was the main cause of the 31,700 cases of salmonellosis reported in Brazil between 2000 and 2015. The most frequently isolated serovars of this subspecies are S. Typhimurium and S. Enteritidis.

S. Enteritidis is one of the leading salmonellosis-causing serovars. It first spread in a pandemic that started in Europe in the 1990s. S. Typhimurium was the most prevalent serovar before the pandemic and has continued to cause infections.

According to Almeida, all 90 strains analysed in the study belonged to S. Typhimurium. Another researcher at FCFRP-USP (also working at the university’s Clinical, Toxicological and Bromatological Analysis Laboratory) is currently sequencing and analysing samples containing the serovar S. Enteritidis.

Almeida took the 90 strains of S. Typhimurium to the US in 2015. “Their genomes were sequenced at the FDA’s Center for Food Safety and Applied Nutrition in Maryland under the supervision of researcher Marc W. Allard,” he said.

S. Typhimurium‘s genome contains 4.7 million base pairs. Brief reflection tells us that the study generated a mountain of data, more specifically 423 million bases corresponding to the sum of 90 genomes.

After his return to Ribeirão Preto, Almeida worked with Seribelli on a comparative analysis of the various strains’ of the Salmonella genomes to understand their diversity and the evolutionary relationships between them.

According to Almeida, the technique used was high-throughput genotyping with SNPs (pronounced “snips” and short for single-nucleotide polymorphisms), which enabled them to identify the genetic composition (genotype) of each strain by means of DNA sequencing. SNPs are the most common markers of genetic variation. The phylogenetic results separated the 90 strains of S. Typhimurium into two groups, A and B.

“The group of samples collected from food differed from the group collected from humans,” Seribelli explained. “Food isolates were distributed between groups A and B in relatively similar numbers, suggesting that more than one subtype is circulating in foods in Brazil. Human isolates were more prevalent in group B, suggesting that a specific subtype has probably adapted to humans.”

In another important part of their research funded by FAPESP, the scientists measured antibiotic resistance in each of the 90 strains of Salmonella. According to the study, 65 (72.2 per cent) of the strains proved resistant to sulfonamides, 44 (48.9 per cent) to streptomycin, 27 (30 per cent) to tetracycline, 21 (23.3 per cent) to gentamicin and seven (7.8 per cent) to ceftriaxone, a cephalosporin antibiotic.

The analysis of SNPs identified 39 genes for resistance to different classes of antimicrobial or antibiotic, such as aminoglycoside, tetracycline, sulfonamide, trimethoprim, beta-lactam, fluoroquinolone, phenicol and macrolide. Point mutations were also found in some of the genes, such as gyrA, gyrB, parC and parE.

“It’s striking that S. Typhimurium is resistant to antibiotics that can be used to treat the disease,” Seribelli said. “These drugs are available to physicians for use in combating infections that display resistance. They’re a second line of defense when microorganisms aren’t killed by the patient’s immune system since salmonellosis is normally self-limiting and doesn’t require the use of antibiotics. The main problem is when this fails and the bacteria become invasive.”

Another point that drew the scientists’ attention was the difference between the strains’ resistance over the 30-year sample collection period. “The samples of S. Typhimurium collected in the mid-1990s showed more resistance to antibiotics than samples from later years. This could be explained by the emergence in the early 1990s of the serovar S. Enteritidis, which has since become one of the main causes of salmonella infection,” Seribelli said.

S. Enteritidis has been known since the 1950s, but for a time, it caused fewer cases of the disease. This was radically changed by the S. Enteritidis pandemic, which began in the late 1980s and early 1990s in Europe and then spread around the world.

“Since then, S. Enteritidis has been one of the most prevalent serovars in Brazil and worldwide. As a result, it’s a serovar that can also be combated with antibiotics if necessary,” Seribelli said.

According to Almeida, S. Typhimurium remains one of the main serovars isolated from humans, animals and food in Brazil and worldwide.

As of the S. Enteritidis pandemic in the mid-1990s, the number of resistant strains apparently decreased compared with the number prevalent before the 1990s, but whether the virulence of these strains increased to allow them to adapt to this new niche is unknown.

“The key finding of this research is the discovery of a large number of resistance genes in the samples, considering that they were isolated from humans and food. This points to the very significant risk of contamination in Brazil today from food containing strains of Salmonella that are resistant to antimicrobials,” Almeida said.