A study supports the WHO findings that people eating high levels of processed meats, such as bacon, sausages and corned beef, are more likely to develop cancer. 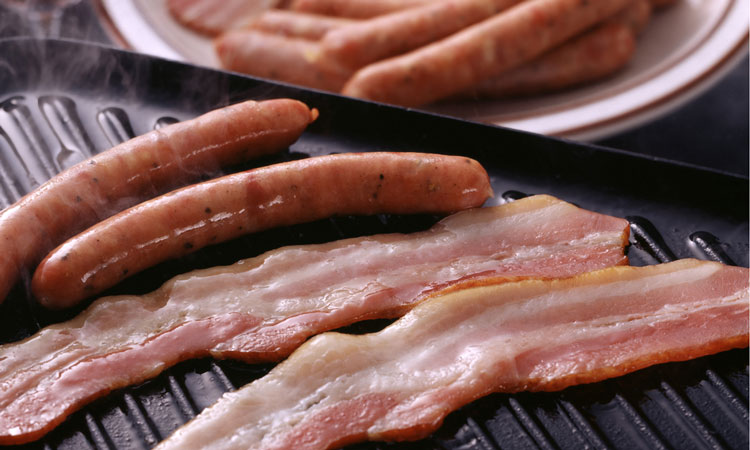 A review of a number of studies found women who ate high levels of processed meat were more likely to develop cancer in comparison to those who ate small amounts.

Previous findings from the World Health Organization (WHO) said that processed meats cause cancer, and as such this study supported previous findings. The new study mentions that those eating excessive levels of processed meat are 9 percent more likely to develop cancer in the future.

The dataset included over a million women, and despite showing a link between the food and cancer, it may not be clear whether it is the food that is causing the development of cancer.

Counter arguments include that fact that each of the 15 studies used had different definitions of a ‘high consumption’ of meat. Some studies defined it as around 9 grams a day, whereas in other studies this value was much higher.

Each study followed women and what they ate, and identified whether they developed cancer, however, it is not clear whether the risk of breast cancer could be due to other factors – such as being more or less healthy in other ways.

Cancer Research UK has estimated that around 23 percent of breast cancers are preventable, and around 14 out of every 100 women in the UK will develop breast cancer at some point during their lifetime.

A 9 percent increase in the risk equates to one extra case per 100 women.

The study estimates that around 8 percent of cases are due to individuals being overweight and obese, with another 8 percent being down to alcohol.

The authors stress that the results apply to processed mean, and not red meat. Processed meat is classified by the WHO include sausages, bacon, corned beef, ham, beef jerky, hot dogs and salami. These meats have been modified to extend shelf life, or to change the taste by curing, smoking or adding salt and preservative to the meat.

The study was published in the International Journal of Cancer.