Researcher from Sweden conducted a 3-year field study and found that organic farming benefits pollinators, and can halt their recent decline. 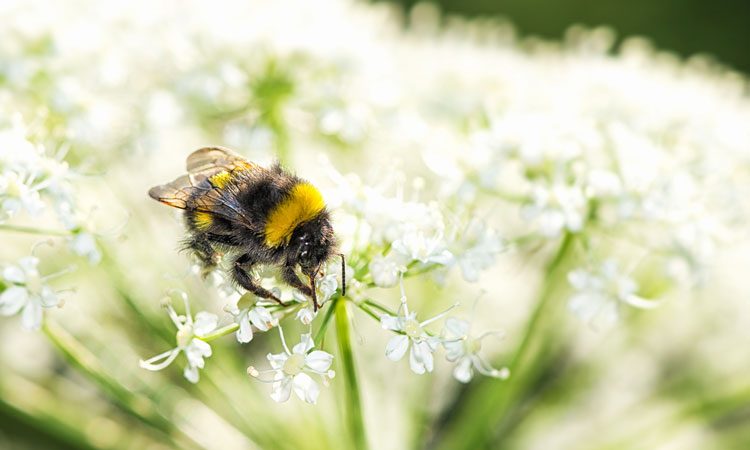 A 3-year study from Sweden found that organic farming methods can contribute to halting the recent decline in pollinators.

There has been a steep decline over the last 40 years in pollinating insects, which has affected the farming industry.

The large majority of crops for human consumption are dependent on pollination, and with pollinators being a key component to global diversity, their survival is paramount for future generations.

Organic farming is already known to promote pollinator diversity in crop fields. However, it has also been suggested by many that organic fields might simply attract pollinators from other habitats in the landscape, and therefore not sustain their populations in the long run.

Researchers from the Centre for Environmental and Climate Research at Lund University, in Sweden, conducted a 3 year field experiment and found that the number of bumblebee species in organic farms was higher and more stable over time and space than in conventional farms.

Dr Romain Carrié, a postdoctoral researcher at the Centre of Environmental and Climate Research said: “This is the first large-scale study over the course of several years to show that organic farming has a consistent, stabilising effect on pollinator diversity “.

Dr Carrié and his colleagues sampled bumblebees, butterflies and flowering plants throughout the growing season in 10 organic and 9 conventional farms in Scania, Sweden. Their study showed that, depending on the type of crop, the stabilising effect was either due to a more stable provision of flowers or the absence of pesticides.

“An interesting result of our study is the fact that stable and abundant flower resources stabilises pollinator communities, even in conventional farms where insecticides are used”, explains Dr Carrié.

“This is strongly suggesting that both flower-enhancing management options and a reduced use of insecticides can help reverse pollinator declines”, Dr Carrié concludes.

An increase in the number of pollinators will mean stability for farmers with regard to crops, and therefore food production. Pollinators link directly with the ecosystem, and so it is vital that they survive and thrive.

Centre for Environmental and Climate Research at Lund University

Centre for Environmental and Climate Research at Lund University