A House of Commons has said the Government should prioritise striking a free trade agreement with the European Union to protect the processed food and drink sector’s competitiveness. 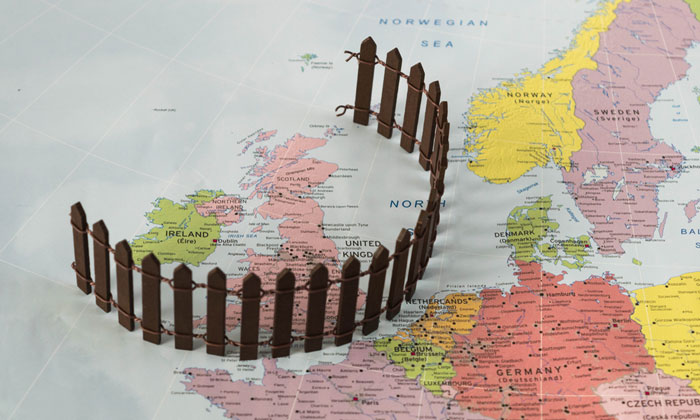 BURNING BRIDGES: The report says that WTO tariffs would put the sector at a disadvantage, at least in the short run

A House of Commons committee has described the potential effect of a no-deal break with the European Union as “unviable and unacceptable”.

The Business, Energy and Industrial Strategy Select Committee published its report into the impact of Brexit on the processed food and drink sector on Sunday.

It concluded that a no-deal scenario with WTO tariffs would have a seismic impact on the performance and competitiveness of exports, especially for the nation’s top processed foods such as chocolate, cheese, beef, pork and soft drinks.

Rachel Reeves MP, Chairman of the committee, said: “The processed food and drinks industry is the UK’s largest manufacturing sector, contributing £28.8 billion to our economy and employing hundreds of thousands of people throughout the country. British consumers are very discerning and rightly expect the highest food safety, animal welfare and environmental standards.

“Consumers also value the variety and choice of products when they do their shopping. The success of the industry has been highly dependent on participating in the Single Market and Customs Union.

“To ensure the continued success of our food and drinks industry, the Government must provide clarity and certainty on our future relationship with the EU and seek continued regulatory, standards, and trading alignment with the EU in the processed food and drink sector.”

The report adds that European food regulation is widely appreciated as a positive force within the sector, through geographical indicators, high food standards, harmonised food labelling, and that it already allows divergence. In its interviews for the report, the committee found a unanimous view in rejecting any ‘race to the bottom’ as UK consumers would not tolerate any lowering of standards. Most stakeholders, it said, supported the UK continuing its membership of EFSA after Brexit.

According to a representative from the Food and Drink Federation (FDF) interviewed by the committee, the European Union places no “massive regulatory” restrictions on the industry. “The idea that the EU is a warren of red tape and regulation that restricts our ability to do stuff is simply not true,” it said.