Nanotechnology in the food industry: ‘plenty of room’ to innovate

Nanotechnology has been referred to as one of the most interesting topics in food science and technology. The use of food grade structures at nanoscale levels have been showing interesting features and has been proposed as a new way to not only improve safety and quality of foods, but also for the development of new and innovative food products with unique properties. It is predicted that the nanotechnology market focused on food industry will increase from 7 billion US dollars in 2015 to 20.4 billion US dollar in 20201. In this article, Miguel Cerqueira and Lorenzo Pastrana from the International Iberian Nanotechnology Laboratory (INL) discuss this exciting field of innovation. 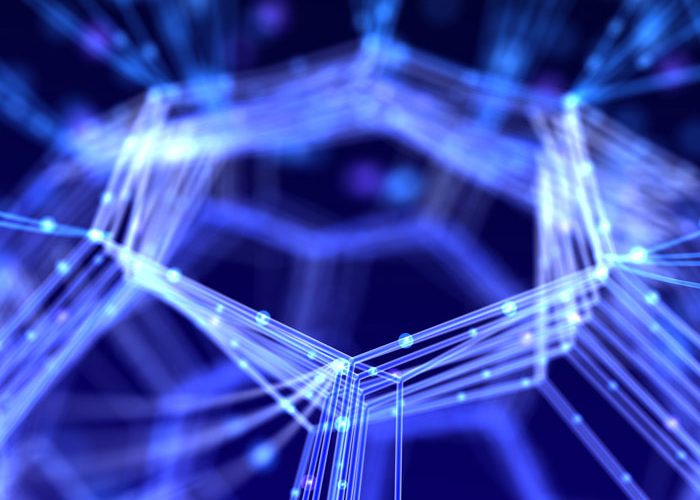 First of all, it is important to mention that the presence of nanostructures in food products are not new. One example are the casein micelles in milk, they have always existed in milk and are responsible for the high stability of lipids in milk at the nanoscale2. The nanoscale dimension of materials shows great advantages when compared with micro- and macroscale. The impact of the nanoscale (i.e. 100,000,000 lower than the meter; for example, a sheet of paper presents a thickness of approximately 100,000 nanometers) in materials and systems are related with their large surface area-to-volume ratio leading to enhanced surface area, distinct optical behaviour, chemical and kinetic stability, and low density versus high mechanical properties.

These advantages over micro- and macroscale lead to a high interest for use in the food industry – which can bring several advantages such as improved solubility, bioavailability and sensorial behaviour – can be used to prevent undesirable chemical reactions and protect functional compounds against chemical degradation, and avoid compatibility problems between ingredients and the food matrix. In the last few years the benefits of applying nanotechnology have been driving the development of new and high performance materials for the food sector and thus the applications at laboratorial but also on an industrial scale have exponentially increased. In the last two decades the number of publications and patents increased 40% and 90%, respectively3. These numbers show the potential and interest of researchers and companies of using nanotechnology in the food sector and the high potential of using nanotechnology-based products in several food processes and applications. Moreover, the number of companies focusing their research and development with nanotechnology-based products are more than 1,000 – a number that should grow in the next years1.

Nanotechnology offers a great number of opportunities to the agricultural and food industry, for instance the agricultural and primary production sector could benefit from the use of pesticides with improved action (e.g. use of nanoemulsions in their dispersion); animal feeds with enhanced efficacy and higher nutrition value (e.g. nanoencapsulation for proteins and amino acids protection during the ruminants digestion process); diagnostic of animal disease, or for the detection of pathogenics in water (e.g. smart sensor). In the food industry, mainly during the processing, formulation, packaging and shipping, nanotechnology offers many other potential benefits for consumers and manufacturers. Figure 1 shows some examples of how nanotechnology can be integrated into the food supply chain. In food processing the use of membranes with nanoporous and a high surface area can be selective in filtration processes during separation of compounds. The immobilisation of enzymes in nanosized systems can also enhance their efficiency, stability and reuse, and thus reduce the cost of the process. Other possible ways of using nanotechnology in food processing are: the use of nanoscale structures to obtain new textural properties in foods, using nanofibrillar and aggregated proteins, and by the crystallisation of molecules having the ability to entrap oils in their nanosized crystalline structures. This can help in the reduction of material needed, change the optical properties, and the control of rheological behaviour by influencing of temperature, pH and enzymes.

In food packaging the advantages of nanotechnology are clear and, alongside with processing packaging, it is one of the areas where nanotechnology is more mature. In this field nanotechnology has been used to improve the materials properties (improved barrier and mechanical properties, light materials), but also in the development of active and intelligent packaging systems. The use of nanoscaled particles with antimicrobials properties (e.g. zinc oxide and silver nanoparticles) have been used to extend shelf-life of foods reducing microbiological growth during storage4. This can be very helpful in foods with reduced shelf-life (e.g. fresh meat, poultry and fish) where the increase in shelf life can bring several advantages for the industry (i.e. shipping for export purposes).

Another great possibility for nanotechnology is in intelligent packaging. Intelligent food packaging can monitor and give indication of the quality of the packaged food and thus guarantee their safety, not only during storage and shipping for industry and retailers but also to the consumers. Some of the examples are the sensors-enabled RFID (radiofrequency identification) tags and indicators that have been using nanotechnology to inform about the quality or freshness of the packed food products. This same nanotechnology has been used in food safety. In fact, the entire food supply chain benefits from improvements in the detection and control of chemical and microbiological hazards, thus promoting food safety while eventually leading to an improved market value of the foods. Nowadays, several sensors based on chemical and biological detections have been developed to detect and measure the presence of volatiles (e.g. oxygen) and bacteria (e.g. Listeria monocytogenes). These sensors are based on nanotechnology-based devices able to measure low amounts of several compounds that can help control the quality and safety of food products at a fast pace5. One of the trends in the food industry is the possibility to establish personalised nutrition schemes with on-demand health requirements and allow consumers to safely choose food products based on their best interests. This is possible with the fortification and enrichment of food products where nanotechnology can have a very important role. The use of nanoencapsulation can be used to protect and deliver functional compounds, improving stability, bioavailability, and known systems. It is possible to nanoencapsulate several compounds, such as vitamins, minerals, antioxidants, and poly-unsaturated fatty acids, and achieve better stability (decrease coalescence and effect of environmental conditions such as light and temperature), improve organoleptic properties (low infl uence of fl avour and colour) and increase bioavailability (high absorption in the human gut with controlled release) when compared with the existing systems6. Figure 2 shows nanoparticles produced by a nanospray drier and electrospray using proteins from milk whey that can be used for the encapsulation of several bioactive compounds.

The increasing number of publications and patents shows a substantial increase of possible applications of nanotechnology in food industry. While for some applications such as packaging and food processing it can be considered a reality, some other applications still require some progress. Some years ago, the study of food structure at nanoscale looked to be a utopia, but today thanks to the great advances in equipment, analysis software and new preparation techniques (e.g. cryo-transmission electronic microscopy and small angle X-ray scattering spectroscopy), researchers are able to evaluate the food structure and develop new nanoscale systems. The aspects that most intrigue the food industry are the regulatory aspects and the consumer behaviour facing the use of new technologies. The regulatory aspects of using nanotechnology in food industry are well defined, although some doubts still exist among the stakeholders regarding the definition of nanomaterials (i.e. soft and soluble nanomaterials that solubilise during consumption should be considered separate from insoluble inorganic materials) is clear that according to the application their use should be carefully considered. Regarding consumers’ behaviour, work is still needed to manage and change the way that consumers see the use of nanotechnology in their daily consumed foods. Scientific awareness should be promoted amongst stakeholders to reduce the risk perception associated with nanotechnology in foods, and in this aspect the role of governmental organisations, academia and industry is very important. They should work together to show the consumers the advantages and safety of using nanotechnology in food products in order to increase the acceptance of nanotechnology-based products.

MIGUEL CERQUEIRA is Research Fellow at the Food Processing group at International Iberian Nanotechnology Laboratory (INL). Since 2010 he is focused on the development of nanostructures for food applications. He authored more than 70 peer-reviewed publications, book chapters, books and patents. In 2014 he won the Young Scientist Award organised by the International Union of Food Science and Technology.

LORENZO PASTRANA is the Head of the Life Sciences Department at INL. Formerly, he was Professor of Food Science at the University of Vigo and Director of Knowledge Transfer at the same University. He has lead several international and national projects and a research contracts with industry. He has a wide expertise in food nano and biotechnology and has authored more than one hundred peer-reviewed publications, patents and book-chapters.