Robocrop: Trial gives glimpse into the future of hands-free farming

A project has successfully paired autonomous vehicles with drones to produce the first hands-free crop yield. 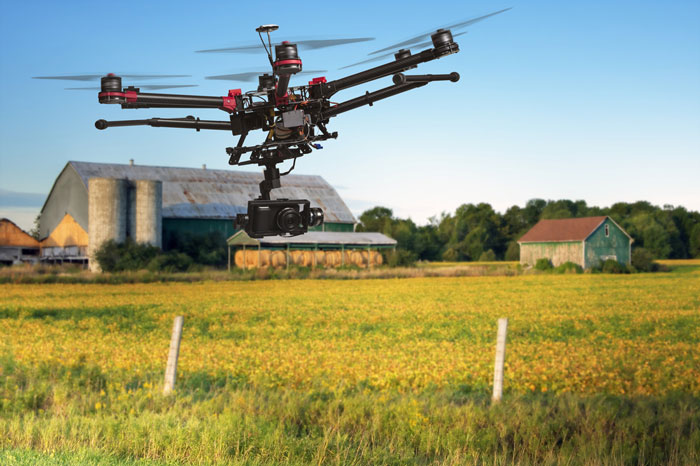 AGRIFUTURE: Drones and hands free tractors may soon be the norm in farming.

The image often immortalised in art of the hardy farmer working on the soil among his crops may soon be a thing of the past.

Autonomous vehicles and drones will replace boots on the earth if researchers at Harper Adams University and agritech firm Precision Decisions mould the future.

They have just completed their first ‘hands-free hectare’ – a project aimed at planting, tending and harvesting crops without a single worker stepping into the field.

Against a predicted yield of 5 tonnes of spring barley, the team managed to return 4.5 tonnes.

A number of machines were used in the trial. A lightweight Iseki tractor did the spraying, drilling and rolling. The harvest was then completed with a Sampo combine harvester.

Field work to support decision-making was also done autonomously. Drones with multispectral and RGB colour sensors were used to take aerial images of the field, while a smaller Scout vehicle was used to video at crop level and physically take samples. These were sent back to the agronomist to analyse and assess what chemicals to apply and where, and when the crop was ready for harvest.

All of the machinery is readily available to farmers. The Iseki and Sampo are common models, while the navigation system came from a drone. The technology is open source.

Smaller machines were specifically chosen to limit the impact on the soil, improve precision and plant health. This supports the thinking that in future, farmers will manage fleets of smaller, autonomous vehicles. These will go out and work in the fields, allowing the farmer to use their time more effectively.

The project was funded, at a cost of less than £200,000 by Precision Decisions and Innovate UK. The latter awarded just under £160,000 to support a feasibility study of the modified agricultural machinery.

Clive Blacker, Director at Precision Decisions, said: “Innovate UK is unique in allowing industry and academia to work on innovative ideas by de-risking projects for the benefit of UK agriculture.”