What’s in your rum? Flavour scientists create a new lexicon

Researchers at the University of Illinois were interested in creating a rum flavor lexicon, but needed to find a way around the biggest problem with tasting rum—sensory fatigue. 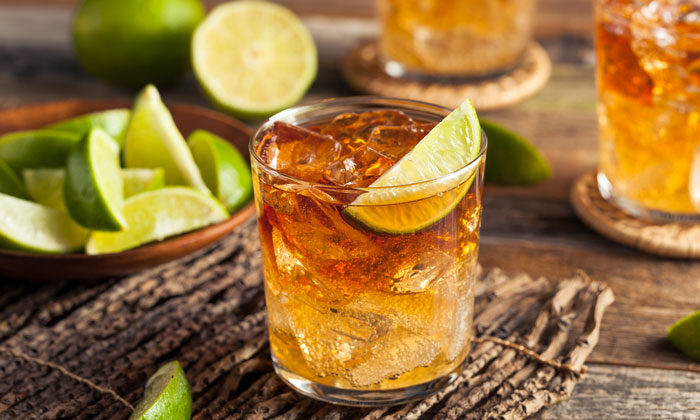 Aficionados use words like “oaky” to describe some wines, or “hoppy” when talking about certain beers. But for rum—a product with over 1,000 different varieties—putting the words together to describe what imbibers are smelling and tasting is a bit more difficult.

Having a set of terms, or a flavor lexicon, helps manufacturers and consumers communicate about what sets each variety of a food or beverage apart using a standardised vocabulary. But when it comes to tasting rum or other high-alcohol content beverages, in order to describe and classify what they are experiencing, tasters run into “sensory fatigue” after just a few samples because of the alcohol. This makes it difficult to accurately describe the nuances found in all the different varieties of the product.

In a recent paper published in the Journal of Food Science, “flavour scientists” in the Department of Food Science and Human Nutrition at the University of Illinois present a novel rum flavor lexicon by turning to what rum experts were already saying on the internet. Using rum enthusiast blogs, company websites, and product reviews for over 1,000 varieties of rum online, theirs is the first study to create a rum flavor lexicon using web-based materials.

Keith Cadwallader, a professor of food science at University of Illinois, says despite the popularity of rum right now, not much research has been done, in terms of the flavor chemistry or flavor science of the product.

“Rum is an unexplored area, especially considering the diversity of the product. There are over 1,000 kinds of rum, which makes it hard to define.”

Unlike other types of distilled spirits, such as whiskey, rum has few limitations on what defines it as a product—what makes a rum, a rum, so to speak. The only production requirement is that the distillate must be produced from a sugarcane by-product.

In Cadwallader’s lab, he and others study all aspects of flavor, particularly aroma. “We’re interested in compounds that have some kind of odour impression that can be detected by humans,” he says. They have studied products like whiskey and cheese in the past.

But Cadwallader says curiosity led them to find a way around the problem with tasting rum.

Chelsea Ickes, a doctoral student in Cadwallader’s lab, says typically a descriptive analysis panel is used to describe what the tasters are smelling and tasting in a product.

“You would need to taste rums representative of all the different categories. With so many types of rums available you would need to first screen nearly all of them and then choose ones representative of different categories or classes, and just evaluate those subsets of rums to create a lexicon. This could still be 50 or more different rums due the huge diversity of the spirit,” she explains.

But after just a few samples, tasters experience sensory fatigue. “If you drink distilled spirits, the alcohol content can be a little overwhelming and it becomes hard to pick out all the different attributes that are present. A panel may only be able to analyse two to four samples a day. Additionally, you have to use a trained or experienced panel, and samples must be evaluated multiple times. So, it takes a long time, a lot of training, and it’s an expensive product as well.”

Considering the time, cost, and limitations due to sensory fatigue, Ickes and Cadwallader began scouring the internet for reliable sources of rum descriptors.

“For rum, because so many people are enthusiasts, there are lots of reviews and descriptions online. So the information is readily available,” Ickes says.

“Instead of having a panel drink and evaluate all of those rums, we just took the data from people who are already interested in rum and who have taken the time to review, rate, and describe the product. We then collected all of those data to create a lexicon from the terms enthusiasts are already using.”

Ten individuals participated in a sorting exercise to categorise all the unique terms that were identified in the online search. The final lexicon, organised in a wheel by categories, and colour-coded, includes 147 terms and 22 categories.

So, what does rum taste like, according to the internet?

Some of the categories include caramel, baking spices, fruity, woody, sugar, and dried fruit to name a few. More specific descriptors within those categories include words like vanilla, coconut, molasses, walnut, and smooth, as well as others not as clearly defined or understood.

“These are terms used by people in the industry, and some are not common English words,” Cadwallader says.

“These are terms that maybe people in the industry understand and already use. But, you have to figure out what they mean. Though, I think this approach is sometimes more useful than just having 12 people come to a lab and develop new terms that aren’t used by industry professionals.”

Lexicons have been developed for other products like cheeses, spices, bread, olive oil, beer, and wine. “What’s limiting with the web-based rum lexicon is that it only describes finished products. Distillers may want a lexicon to evaluate the product throughout the process,” Ickes says. “You would probably need to add more terms that better describe intermediate products, like the distillate or the fermentation broth that are not going to be covered by the terms used to describe only the finished rum.”

Rum enthusiasts and manufactures will certainly find the lexicon useful, but Ickes is already using it to train sensory panels to analyse premium rums and find the driving sensory attributes that distinguish these from mixing rums.

The paper, “Novel creation of a rum flavor lexicon through the use of web-based material,” is published in the Journal of Food Science. Co-authors include Chelsea M. Ickes, Soo-Yeun Lee, and Keith R. Cadwallader, all in the Department of Food Science and Human Nutrition in The College of Agricultural, Consumer and Environmental Sciences at the U of I.

Partial support for this project was provided by the National Institute of Food and Agriculture, U.S. Dept. of Agriculture, under Project ILLU-698-366.