UK population throws away £32.1 million worth of food every week

Is food waste simply down to bad storage on the part of citizens? 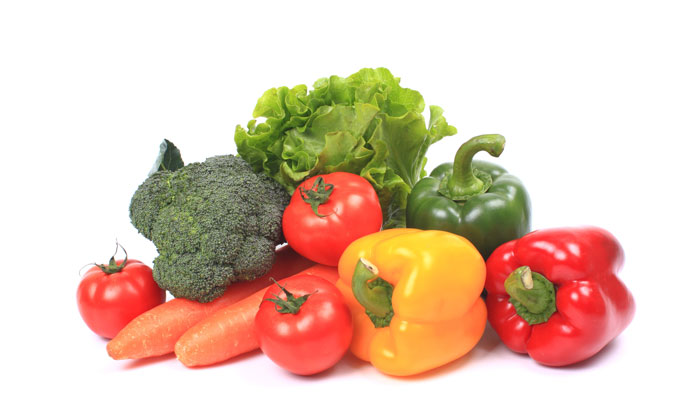 Haier, has made food waste and keeping food fresher for longer the focus of its latest range of products to launch in the UK. This is after it found that British families throw out a staggering £32.1 million of untouched or uneaten food every week.

Researchers from Haier, the world’s number one in home appliances, looked at British families shopping and food storage habits – and found that nearly a third of UK households (that’s 6.3 million families) admit to throwing away food weekly, with the average value of food thrown out emerging as £5.10 per family.

According to the study, the average family disposes of TWO items of food a week, wasting almost £300 a year – enough for a family day out to a theme park or a number of family meals out.

Surprisingly, not having their fridge at the correct temperature resulting in food going off or freezing (the recommended temperature to keep your fridge at is between 1°C to 5 °C) emerged as one of the main reasons one in ten waste perfectly good food.

Dave Yearsley, Managing Director for Haier UK & Ireland, said: “One of the biggest contributors to food waste is within the household. Using their fridge correctly at the right temperature, actually does a lot to reduce food waste.”

Other excuses used for wasting food include bad planning (19 percent), our love for take-aways despite a fridge full of food (7 percent) and being sucked in to supermarket multi-buy deals that we don’t need (13 percent).

Nine in ten (87 percent) of the 2,000 adults polled admitted to throwing away untouched food, the survey by Haier found.

Half said that supermarkets lure them in to BOGOF deals that they ‘run-out of time’ to eat, so it ends up being a false economy when the products end up in the bin.

Another 50 percent said they regularly get confused over what items belong in the fridge and what should be stored in the cupboard, with a further 13 percent saying they have no idea what temperature a fridge should be with over half (55 percent) saying they’re happy as long as the fridge ‘feels cold’.

More than one in five said they wouldn’t even know how to change the temperature if they needed to.

Dave Yearsley from Haier, which has recently launched a new range of innovative fridge-freezers with built-in Fresher Techs technologies to help keep food fresher for longer, said: “Throwing away food, especially food that hasn’t been touched should be avoidable.

“We’ve all been there before – bought a bit too much food and found ourselves binning it. Our plans change, we cook too much or we lose track of when we bought it, and before we know it – it’s passed its Use By date.

“What many people don’t realise is that storing food at the optimum temperature or in temperature-controlled compartments can really pay off – you could potentially save up to £60 a month by not throwing good food away and your food will taste better too! And if the Use By date is getting close most foods can be frozen – the freezer is a bit like a pause button, so you can buy yourself a bit more time and make the most of the food you buy when it suits you.”

BBC TV hygiene expert, Dr Lisa Ackerley, who has been working with Haier to support their new launches, adds:

“Arm yourself with some freezer bags, some labels and a Sharpie permanent pen, and you are ready to wage war on waste by making your freezer your new best friend. Checking dates and using up food before it goes off, together with freezing excess purchases and left overs will make a real difference to your budget and you will still eat safely. Remember not to eat food after the Use By expiry date as it may be unsafe, but the Best Before date is only about quality so it’s fine to eat food after this so long as the food still looks and smells OK.”

The most common foods to go to waste in the survey were bags of salad followed by loaves of bread. Packets of ham, tomatoes and chicken breasts were also among the items to get tossed in the bin most frequently.

41 percent of the adults that took part claimed that their teenagers and children think nothing of leaving uneaten food on their plate or throwing out food they don’t like.

A quarter (23 percent) said they very rarely or never clean out their fridge.

Haier is now putting the focus firmly back on freshness with the launch of its new range of integrated Fresher Techs solutions, which will help reduce food waste by ensuring that foods are stored in ideal conditions to retain their freshness and taste, and by adapting temperatures to give the consumer the ultimate flexibility in the home. Here just a few of the Fresher Techs solutions now available:

Dave Yearsley adds: “Such simple, integrated solutions can make a big difference, and significantly extend the life of our fresh food.”

The individual fridge-freezers in the range will be competitively priced ranging from the Multi Door Fridge Freezer and 3 Door Combi at RRP £609.00, to the Cube Series priced at £1,499.  Product specifications and details available on request.