On 11 April, the ENVI Committee voted on the above-mentioned draft report. This own-initiative report is part of the follow-up to the Commission’s Circular Economy Action Plan. It addresses issues such as date marking, the promotion of food donation and the role of food packaging. 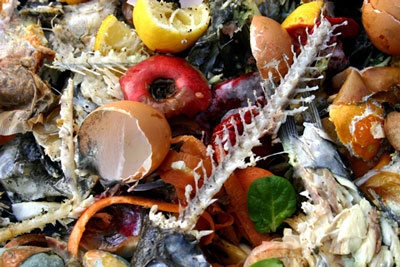 On 11 April, the ENVI Committee voted on the above-mentioned draft report. This own-initiative report is part of the follow-up to the Commission’s Circular Economy Action Plan. It addresses issues such as date marking, the promotion of food donation and the role of food packaging. In her draft report, the Rapporteur called for better coordination across policy fields and between the Union and Member States.

The Parliament report noted that some food waste at the production level was due to retailer standards regarding product specifications, cancelled orders due to changes in consumer demand and overproduction of food to meet certain seasonal demands.

The report also stated that member states did not effectively utilise the Fund for European Aid to the Most Deprived (FEAD) to facilitate the donation of food by funding its storage and transportation.

In addition, it says the need to reduce food waste is “urgent” as well as “improve resource efficiency in the Union at every step of the food chain”.

In order to do this, the report claims, there must be a commitment from both the European Commission and the member states, calling for a “coordinated policy response” at both levels.

Regarding the Commission, it should by the end of 2020 consider setting binding EU-wide food waste reduction targets to be met by 2025 and 2030.

If the Commission takes these steps, it is up to the member states “to monitor and assess the implementation of their food waste reduction measures” and urge the Commission “to support a legally binding definition of food waste”.

According to the report, the new definition of “food waste” is as follows: “food waste means food intended for human consumption, either in edible or inedible status, removed from the production or supply chain to be discarded including at primary production, processing, manufacturing, transportation, storage, retail and consumer levels, with the exception of primary production losses”.