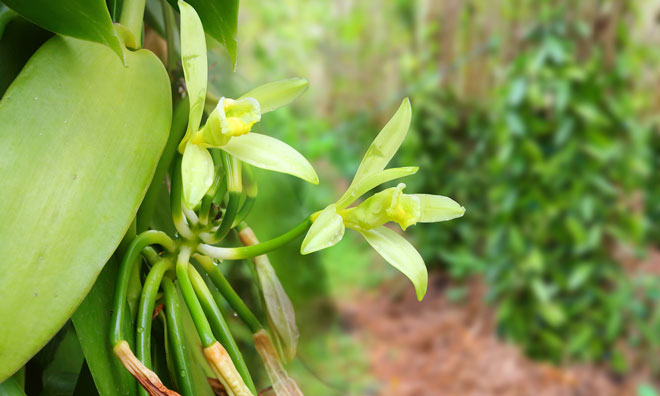 Barry Callebaut, the world´s leading producer of high-quality chocolate and cocoa, and Prova, one of the world´s premier manufacturers of vanilla extracts and flavours, are joining forces to launch a novel project in Madagascar. The aim is to diversify and stabilise revenues of vanilla farmers through the introduction of cocoa farming. With additional services, the project will also increase levels of vanilla curing at the farm level and support the adoption of Good Agricultural Practices (GAP). The joint project activities will improve the livelihoods of the vanilla farmers located in the district of Bemanevika. In return, the activities are playing an important role in Barry Callebaut’s and Prova’s efforts to extend the sourcing of sustainable vanilla and cocoa.

To accomplish this, Barry Callebaut will apply its long-standing cocoa expertise in association with Prova’s local vanilla know-how, creating synergies on the ground for the benefit of the local vanilla farmers. Both Barry Callebaut and Prova will fund and support local communities through social, health and education programs.

IDH, the Sustainable Trade Initiative, will support Barry Callebaut’s and Prova’s project with professional consulting services as well as financing.

The project will run over the next five years. First results regarding the newly introduced cocoa production are expected after three years.

“The cocoa and vanilla synergy is an ancient love-story that dates back to the Aztecs, thousands of years ago. Witnessing this marriage in the field, helping farmers to improve their livelihoods is a big achievement. We are excited to embark on this journey with Barry Callebaut. Together, we will initiate the cultivation of cocoa! Our objective is to enable the planters to become stakeholders in their own development, take ownership of these projects and ensure their long-term sustainability. All our efforts are working towards this goal.”

“We are very happy to partner with Prova on this exceptional project. Vanilla is a key ingredient for us when making chocolate. This project will support farmers in being prepared for a less favourable future vanilla market. It also helps us as a company, securing a significant amount of our needs from a sustainable source. We are also very pleased that IDH fully supports our intentions and work on the ground. Altogether, this will complement and strengthen the efforts of the Sustainable Vanilla Initiative where we also are an active member.”

Jan Gilhuis, Senior Program Manager at IDH, added: “This is a unique and promising collaboration of experienced supply chain partners, bringing joint investments and technical knowledge on two distinct and valuable commodities together in the promotion of farm income diversification and sustainable farming.”

With about 80,000 vanilla producers, Madagascar is by far the most important producer of vanilla globally. Although vanilla is referred to as the world’s most popular taste and second most expensive spice in the world, it is also one of the most labour-intensive crops. The vast majority of farmers are smallholders situated in the SAVA region. The rather precarious livelihood of planters is mainly due to their sole dependency on vanilla and the lack of financial support.

The flavouring is harvested and sold from July to December, leading to an income gap of at least 5 months. Cocoa can be harvested throughout the year, helping vanilla farmers to diversify and stabilise their income situation while reducing the dependency on the extremely volatile vanilla market. Through the new project, the involved parties also aim to anticipate future phases with lower market prices and protect the economic situation of the local producers.

…by introducing the cultivation of cocoa

The joint project of Barry Callebaut and Prova aims at promoting crop diversification as a solution to income insecurity by training farmers in the cultivation of cocoa. So far, only a handful of farmers are cultivating cocoa in the SAVA region, but a recent feasibility study conducted by VDB has shown that the Sambava area was suitable for growing cocoa. Although Barry Callebaut does not own cocoa farms, the company has a vast knowledge and is a specialist in cocoa farming. Barry Callebaut will bring this long-standing cocoa expertise into the common project to reinforce farmers’ knowledge on Good Agricultural Practices (GAP) and to grow cocoa not only efficiently but also sustainably.

Both grown in Madagascar

Cocoa grown in Madagascar is certified as “Fine or Flavour Cocoa” by the International Cocoa Organisation (ICCO). It has particular flavour profiles, which makes it interesting for users of premium cocoa. The price for Madagascar cocoa is higher and more stable than the international cocoa prices.

Barry Callebaut uses a significant amount of vanilla extracts and flavors for its different chocolate factories worldwide. Prova has been a trusted vanilla supplier to Barry Callebaut for many years. Both companies are supporting the Sustainable Vanilla Initiative (SVI), a platform bringing together all the stakeholders of the vanilla sector. Its mission is to promote sustainable production and sourcing in natural vanilla while improving the social and environmental conditions of smallholder farmers, through a combined effort.

Vanilla is a key ingredient when making chocolate – next to cocoa, sugar and milk powder. It is predominantly grown in Madagascar, Indonesia, Papua New Guinea, India or Uganda.