Posted: 14 September 2016 | Norwegian Institute of Public Health | No comments yet 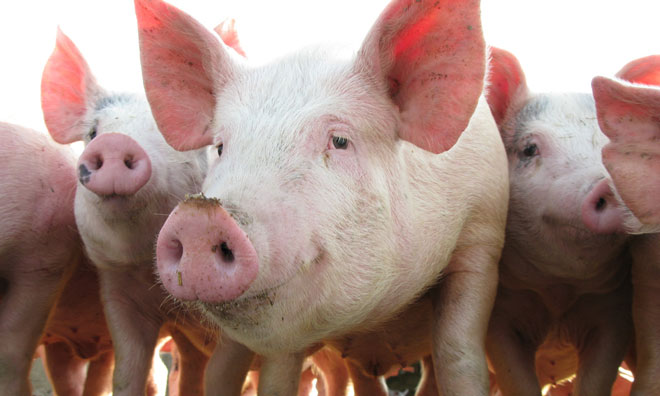 Norway is the only country to have implemented a “search and destroy” strategy against LA-MRSA among pig herds to date. A study of the strategy’s effect shows that pig farm workers are the principal source of infection among Norwegian herds, a transmission route that was previously unidentified. The study analysed epidemiological data collected while handling LA-MRSA in Norwegian herds of pigs, from the first discovery in 2013 until 2015. In addition, the researchers performed genetic testing of bacterial isolates from all individuals identified with LA-MRSA since 2008, and they collected samples from all animals, people and pig farm environments that were affected by outbreaks in 2013 and 2014. These findings show that pig farm workers are the principal source for the introduction of LA-MRSA in Norwegian herds of swine. This transmission route was previously unknown.

“This is an important discovery and herds must be monitored if they are to remain free the bacteria, particularly in countries where there is little or no import of live pigs,” says Petter Elstrøm, researcher at the Norwegian Institute of Public Health.

The strategy’s goal has been to prevent LA-MRSA from being introduced and spread among Norwegian herds, thereby preventing pig herds from becoming a major source of MRSA dissemination to the general population. The strategy has been effective and any further transmission from animals or humans in the affected farms to the general population has not been detected. Recommendations about who should be tested for the superbug before contact with livestock have been issued to prevent transmission from farm workers to pigs.

“MRSA rarely causes severe infections among otherwise healthy people but rising incidences of MRSA among the population will contribute to an increased infection burden for vulnerable patients in the health services,” says Elstrøm.

Since 2014, the Norwegian Food Safety Authority and the Norwegian Veterinary Institute have continuously monitored all pig herds in Norway, in close collaboration with the swine industry, and this surveillance will continue.

“Our strategy of slaughtering pig herds where LA-MRSA bacteria are detected plus farm disinfection was developed in a close collaboration between the authorities and swine industry. It is an excellent example of the “One Health” approach,” says Elstrøm.

An ongoing study is analysing data on the effect of each control measure within the strategy, but the present article shows that the Norwegian LA-MRSA strategy has so far been a success. Norway is currently the only country that has managed to stop these bacteria from establishing among pig herds, thereby preventing further dissemination to the general population and the health service. In other countries with a low MRSA prevalence, such as Denmark and the Netherlands, the spread of LA-MRSA among pig herds contributed to a significant increase in MRSA prevalence in the population.

By Norwegian Institute of Public Health