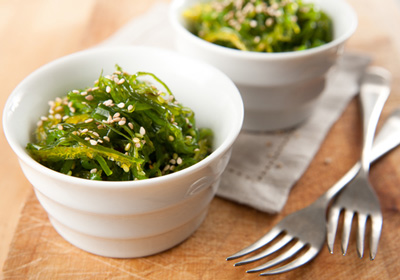 New research from Mintel reveals that food and drink product launches with seaweed flavours have increased by 147% in Europe between 2011 and 2015. This growth means Europe is now the second most innovative region globally when it comes to seaweed-flavoured food and drink launches.

Commenting on the research, Stephanie Mattucci, Global Food Science Analyst at Mintel, said: “While still somewhat niche in Europe, we believe that seaweed could become the next superfood. Due to its abundance in natural vitamins, minerals, and plant-based protein, seaweed speaks to the growing quest for naturally functional foods and alternative protein sources in the West.”

The health benefits of seaweed seem to appeal to European consumers, as Mintel research indicates that more than half of German consumers have either tried or would like to try algae as a protein source, with similar agreement reported in the UK.

Seaweed as a salt alternative

What’s more, some 36% of UK consumers who use herbs, spices or seasonings agree that ground, dried seaweed would be a good alternative to salt for flavouring meals or dishes. And Mintel’s research has found that this could also be of interest to the European consumers keen to cut back on salt. Today, 32% of German, 42% of Spanish, 46% of French, 48% of Italian and 57% of Polish consumers say they are actively reducing their consumption of, or avoiding, salty foods.

“As consumer demand for low-salt products grows, food and drink offerings that reduce the intake of dietary sodium are increasingly popular. Seaweed is not only a natural way to substitute salt, but also exhibits antioxidant, antimicrobial, and anti-inflammatory properties which may lower cholesterol, reduce blood pressure, or aid in digestion and weight management.” Stephanie added.