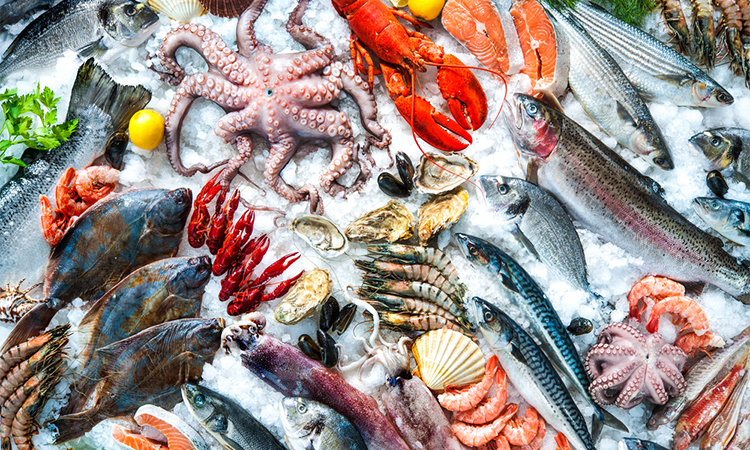 Higher levels of omega 3 fatty acids found in seafood are associated with a moderately lower risk of chronic kidney disease and a slower decline in kidney function, finds a study published by The BMJ.

These correlations, however, were not found with higher levels of plant-derived omega 3 fatty acids.

Although the size of the correlations was modest, the findings support current clinical guidelines that recommend adequate consumption of seafood and oily fish as part of healthy dietary patterns, say the researchers.

According to a study published in The Lancet, Chronic kidney disease (CKD) affects about 700 million people worldwide and can lead to kidney failure and death, so there is a need to identify factors that might prevent its onset and progression.

Animal studies suggest that omega 3 polyunsaturated fatty acids (n-3 PUFAs) may have beneficial effects on kidney function, but evidence from human studies is limited and relies mainly on dietary questionnaires, which can be prone to error.

To explore this further, an international team led by researchers at The George Institute for Global Health and the University of New South Wales, pooled the results of 19 studies from 12 countries up to May 2020 looking at links between levels of n-3 PUFA biomarkers and development of CKD in adults.

CKD was identified by an estimated glomerular filtration rate (eGFR) of less than 60 ml/min/1.73 m2. eGFR measures how well the kidneys are removing waste and excess fluid from the blood. The normal range is 90-120 ml/min/1.73 m2.

Sixteen studies recruited men and women, and 15 recruited mainly white participants. In total, 19 percent of the participants developed CKD during an average monitoring period of 11 years.

When participants were split by n-3 PUFA levels, those with total seafood n-3 PUFA levels in the highest fifth had a 13 percent lower risk of CKD compared with those in the lowest fifth.

Plant-derived ALA levels, however, were not associated with CKD.

These are observational findings, and the researchers acknowledge that differences in study design and methods may have affected their results. And they cannot rule out the possibility that some of the observed risk may be due to unmeasured factors.

“Although our findings do not prove a causal relation between seafood n-3 PUFAs and CKD risk, they are supportive and consistent with current clinical guidelines that recommend adequate intake of seafood as part of healthy dietary patterns, especially when seafood replaces the intake of less healthy foods,” they wrote.

“Further randomised controlled trials are warranted to assess the potential beneficial role of seafood n-3 PUFAs in preventing and managing CKD,” they concluded.